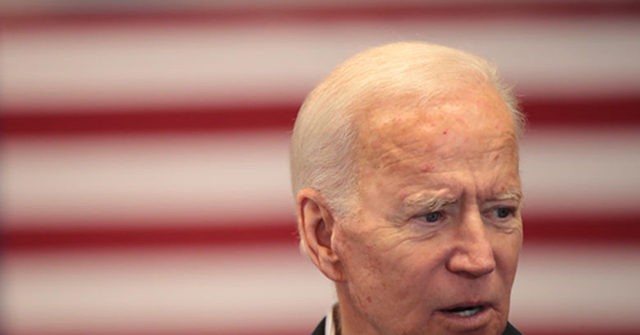 Former Vice President Joe Biden has slipped to a single-digit lead in South Carolina—a state he has dominated since launching his candidacy.

A new poll released on Thursday by Change Research and The Post and Courier found the former vice president with only a seven-point advantage over his nearest challenger, Sen. Bernie Sanders (I-VT). Biden led the 2020 field with 27 percent among South Carolina Democrats, with Sanders in second at 20 percent. Close on Sanders’ heels in third place was Sen. Elizabeth Warren (D-MA) with 19 percent.

The poll, which surveyed 392 likely Democrat voters between December 6-11, indicates Biden’s support has dropped significantly in recent weeks. Since entering the 2020 race, the former vice president dominated the competition in South Carolina. In May, Change Research had Biden leading by more than 30 percentage points. The former vice president maintained a double-digit advantage among Palmetto State Democrats as recently as October when Change Research found him besting Warren, 30 percent to 19 percent.

Biden’s decline in South Carolina poses a major problem for his presidential ambitions, especially as his campaign struggles to gain traction in the first two nomination contests.

A poll conducted in Iowa only a month after Biden’s announcement found the former vice president leading his rivals by nearly ten percentage points with likely caucus-goers. Biden maintained that lead until early September when his youngest son’s foreign wheeling and dealing took center stage in the impeachment inquiry into President Donald Trump. Since then, Biden has steadily fallen, most recently hitting fourth place in Iowa behind Buttigieg, Warren, and Sanders.

Similarly, the former vice president has lost ground in New Hampshire, which at one point seemed like fertile territory given its large working-class population. Polling conducted by Monmouth University in May had Biden commanding 36 percent of New Hampshire’s Democrat electorate, 18 percentage points more than his nearest rival. Now the former vice president finds himself in third place behind Sanders and Buttigieg, according to polling averages analyzed by Real Clear Politics.

As Biden’s position in both Iowa and New Hampshire has faltered, the former vice president has counted on South Carolina to be a firewall. Victory in the Palmetto State, which is the last early state on the calendar, would give Biden significant momentum heading into Super Tuesday, when 14 states, including seven from the South, hold their primaries. If the former vice president were to lose South Carolina, his campaign would be sapped of media attention and likely unable to remain in the contest.

Complicating matters is that many Democrat strategists believe Biden’s position in the state will erode further with loses in Iowa and New Hampshire.

“The support won’t be there if he’s slipping,” a Democrat strategist told the Hill last month when asked about Biden’s chances of winning South Carolina after suffering early losses. “There’s just no way.”