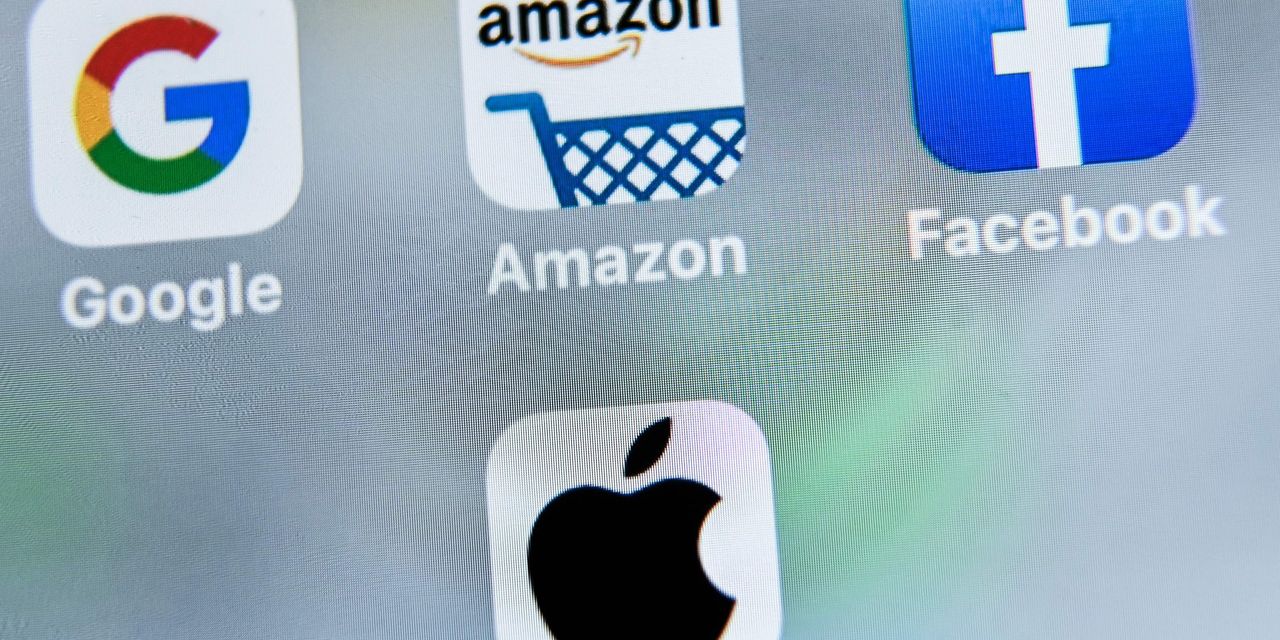 Are U.S. companies making more money than ever before, or are they mired in one of their longest profit slumps since World War II? Widely used measures have diverged in recent years, leaving many investors worrying that something is amiss.

Look at pretax domestic profits as measured by the Bureau of Economic Analysis, and it is easy to be bearish. Profits are down 13% in five years, the biggest drop outside a recession since World War II. President Trump’s tax cut has cushioned the blow to earnings, with after-tax corporate profits falling only a little. Profit margins also are down sharply, with the pretax margin for domestic business lower than the postwar average and below where it stood from World War II until 1970.

Falling domestic profits suggest companies are in deep trouble, avoiding an even deeper slump only thanks to tax cuts.

Earnings by S&P 500 companies tell the opposite story. Reported earnings per share were at a record in the 12 months to June, up 31% in five years and forecast to keep rising. The after-tax profit margin is slightly down from a record last year, but still higher than any time before that.

Some investors are worrying that the gap between the weak profits and the record per-share earnings of the S&P 500 is a repeat of the warning signs of the late 1990s, when listed companies exaggerated their figures. There is probably some of this. Some such excesses usually build up during long periods of economic growth.

Another factor: High S&P profits have led many to conclude that U.S. businesses are raking in money in a way more consistent with oligopoly than a free market.

A deep dive into the numbers suggests most or all of the gap is explained by other elements. Much of the gap between S&P earnings and the national figures appears to be due to tax dodging by multinationals, the troubles of smaller businesses and that the big-company index includes more successful companies than the wider economy.

Stripping out tax narrows the gap. That is because big companies benefited more from the tax cuts than small businesses. Goldman Sachs analysts point out that the tax rate on the S&P dropped by 8 percentage points, from 26% to 18%. The economywide corporate tax take dropped by a smaller 5 points from 16% of profits to 11%, partly because the economywide data includes nonprofits and corporate structures where the tax is paid by the shareholders, not the company.

The rising use of tax havens to shift offshore patents and other intellectual property rights—and their fat profits—probably makes up much of the remainder. Figures here are sketchy. Researchers at the Minneapolis Federal Reserve last year estimated that roughly $280 billion of profits had been shifted by U.S. companies offshore in 2012. That would equate to tax revenues of as much as $100 billion. Add that back in, and after-tax profits are at a record, as with the S&P.

S&P profit margins before tax fit this pattern, too. They peaked in 2014, and have come down a little since then, though by less than the fall in margins. This suggests in part that a pickup in wages has started to eat into margins in the past few years, rather than being about the internet giants creating new monopolies.

However, Jonathan Tepper, author of “The Myth of Capitalism” and founder of research house Variant Perception, says the drop in pretax margins is a result of being late in the economic cycle, and is compatible with reduced competition leading to a multidecade trend higher in profitability.

Internet giants such as Alphabet and

have skewed the numbers, though, along with other successful technology stocks. S&P 500 companies are far more profitable than small and midsize listed companies, in part because of the much heavier weighting of the tech sector in the blue-chip index.

Accounting shenanigans might play a part. As independent economist and author

points out, CEOs were given incentives by bonus structures to overstate public-company write-downs in 2008 and 2009. That likely boosted stated profits, and bonuses, in later years.

The next bust will probably reveal accounting misdeeds from the long stock market boom, if history is any guide. The profits disparity can mostly be explained with tax, size and sector differences. But we will only know for sure when the market next crashes.

As corporate profits increase, to what rate should dividends and salaries increase? Join the conversation below.

Write to James Mackintosh at James.Mackintosh@wsj.com