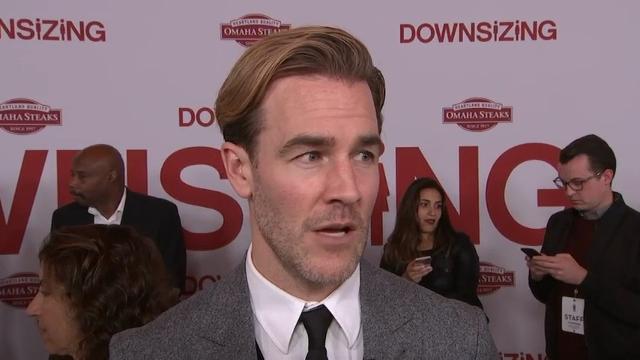 James Van Der Beek has given an update on how he and wife Kimberly are doing following her miscarriage last month.

The “Dawson’s Creek” star took to Instagram Friday to reveal the couple are “healing”  at their “own pace.”

“Still in repair,” he captioned a selfie of himself and Kimberly at the beach, with golden light from the sun reflecting off their hair.

“Discovering that healing happens at its own pace. Not the pace you’d like, and definitely not the pace at which the world keeps on moving,” he continued. “But it happens. And there’s beauty in allowing yourself to be exactly where you’re at.”

The 42-year-old actor capped off his post writing, “Plus, it’s not like you really have a choice, anyway.”

Van Der Beek revealed the difficult news on an episode of “Dancing With the Stars” last month.

“It’s every expectant parent’s worst nightmare. We lost the baby,” an emotional Van Der Beek said in his video opening on the Nov. 18 episode. “The little soul we expected to welcome into our family took the shortcut to whatever lies beyond.”

The father of five was devastated by the news.

“You never know why these things happen. That’s what I have been telling the kids,” he said. “But it brings you closer together. It makes you more human.”

On her Instagram story that same day, Kimberly shared more details about her miscarriage but said she isn’t ready to “talk further about everything yet.”

“Thank you, everyone, for all the love,” she said. “In 48 hours we lost our baby boy by the way, and I almost lost my life, which is not a story that has been told, but at some point I can dig into the details with you guys about what happened in the emergency room.”

‘Dancing With the Stars’: Tom Bergeron cracks up and more moments you didn’t see on TV