In the fall of 2009, the global financial crisis had only just ended, and interest rates were a mere 0.1%. Peering ahead, economists assumed the recovery would resemble previous recoveries, though a tad slower, and thus rates would start rising the next year and plateau at 4.2% by 2015.

When rates started to rise, they didn’t come close to levels once considered normal, ending the decade between 1.5% and 1.75%. Private-sector economists now expect them to average 2.4% over the long term, according to Blue Chip Economic Indicators. Judging by the bond market, they might have guessed high again: Ten-year Treasury note yields are just 1.9%—roughly zero, adjusted for inflation.

How could economists have gotten something so basic so spectacularly wrong? What was it about this past decade that made all their predictions go awry?

Economists have been casting around for the answer, a theory to explain their inability to peer accurately in the months ahead, let alone the years. Such a theory must do more than say “The Federal Reserve did it.” It must explain why growth was the most subdued of any expansion since the 1940s and inflation consistently ran below the Fed’s 2% target, the reasons the Fed kept rates so low.

And, no less difficult, it would have to explain why, in spite of that subdued growth, the U.S. has enjoyed its longest economic expansion on record, one marked by a record-breaking bull market in stocks and unemployment falling to a 50-year low.

One explanation is the “debt hangover”theory popularized by

whose history of financial crises, “This Time Is Different: Eight Centuries of Financial Folly,” was a sleeper hit in 2009. They found that in the wake of financial crises, households, banks, businesses and sometimes governments are fixated on paying down debts and wary that another crisis is around the corner, so they avoid borrowing and investing. This holds down growth, inflation and interest rates.

The U.S. initially tracked this model. It had barely exited its own crisis when another erupted in the eurozone, pushing Greece into default and others to the brink of it.

But as those crises faded from view, low growth, inflation and rates persisted. 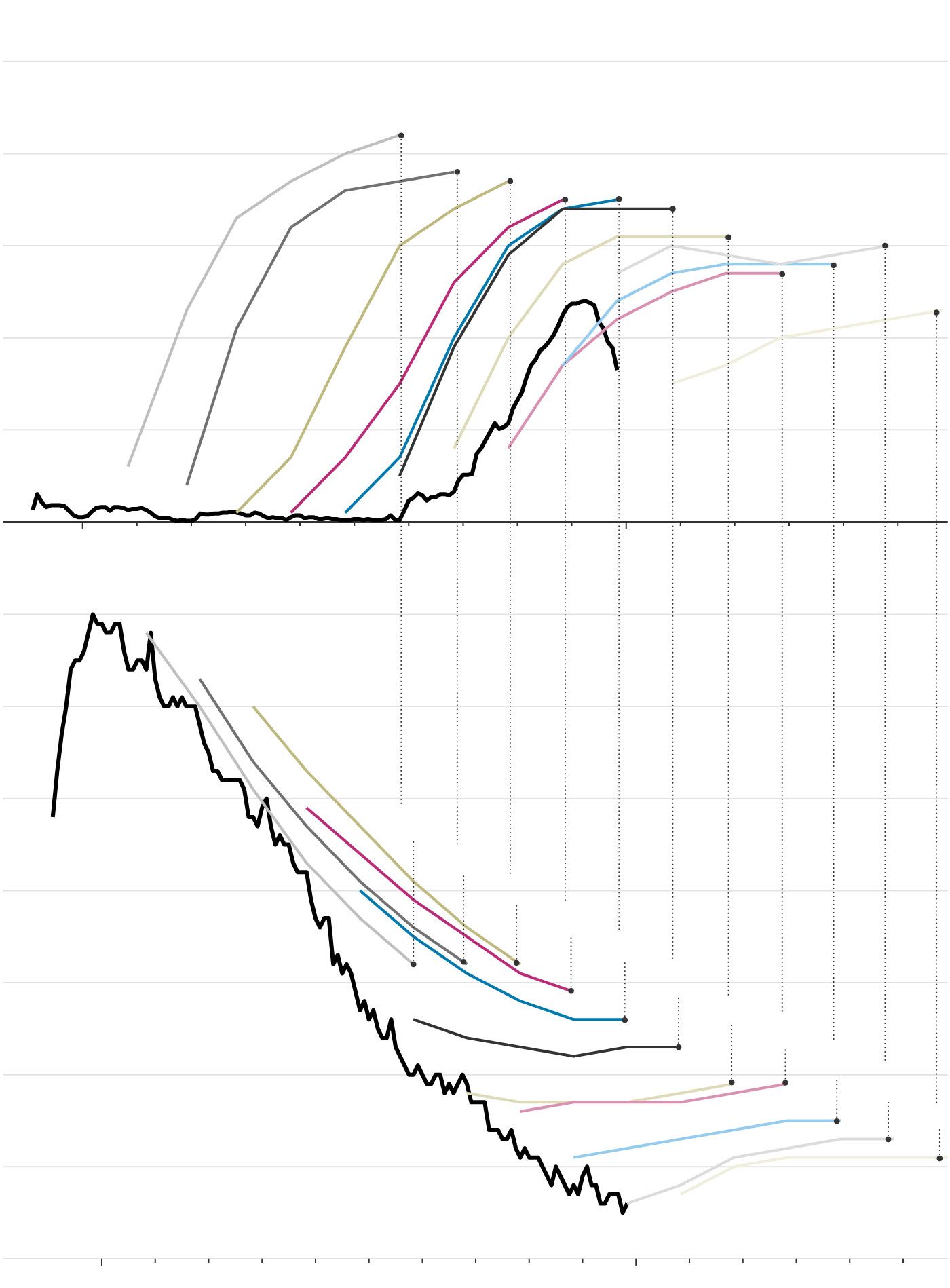 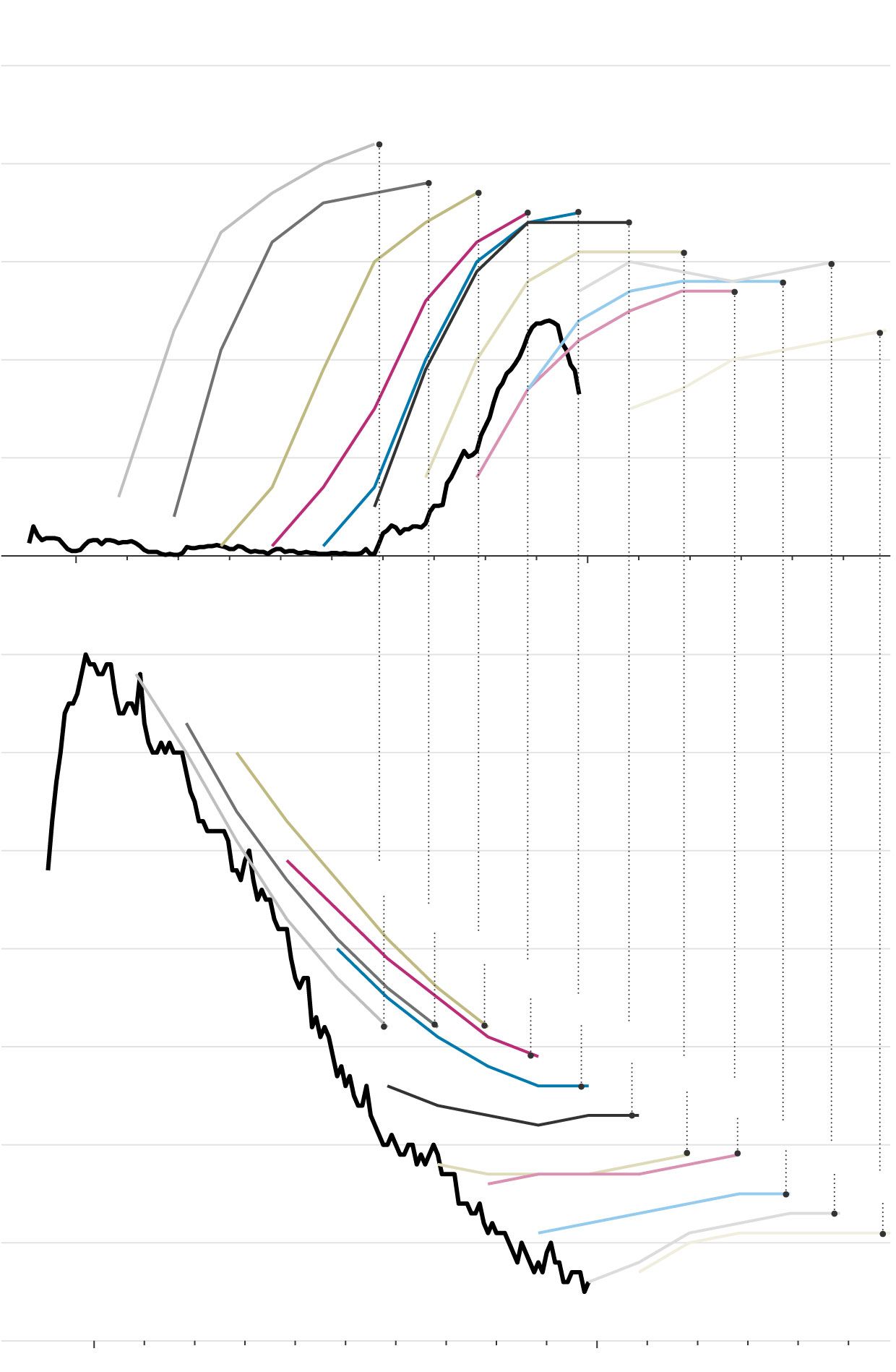 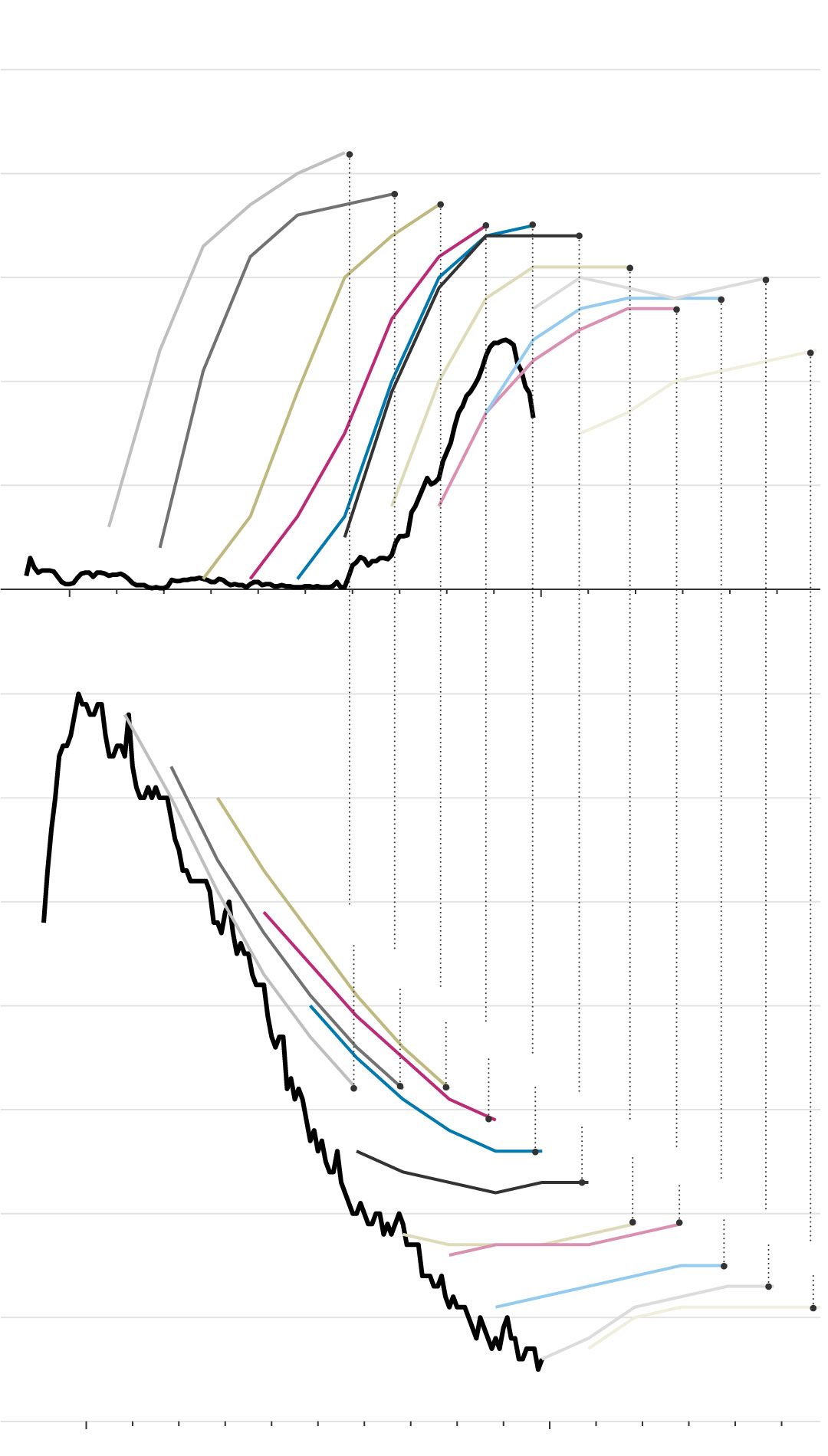 a former top adviser to Presidents

and now an economist at Harvard University, advanced an alternative explanation: “secular stagnation.” He borrowed the phrase from an earlier Harvard economist,

who used it in 1938 to describe the Great Depression’s persistently weak growth and high unemployment. Mr. Hansen tied it to weak investment due to slow population growth: Businesses had less need to invest when there were fewer new workers and customers and when aging households bought fewer big-ticket products like houses.

Slow population growth is once again weighing on growth and interest rates, Mr. Summers noted, and he added several other factors: the fastest-growing businesses, such as social-media platforms, invest little of their rich profits. Higher inequality meant more income flows to the high-saving, low-spending rich.

Though initially skeptical of Mr. Summers’s thesis, many economists have since warmed to it, at least for other parts of the world, if not the U.S. In some countries like Germany a persistent excess of savings manifests itself as a trade surplus which flows into other countries’ bonds, holding down interest rates around the world.

Secular stagnation has several profound implications. First, with interest rates closer to zero, central banks are less able to combat future recessions. Second, a structural shortage of private borrowing means governments can run big deficits without pushing up interest rates. Indeed, given central banks’ lack of ammunition, governments should run deficits, or the economy will stagnate. Reducing entitlements such as future Social Security benefits in the name of fiscal prudence may worsen the problem by encouraging households to save more.

Secular stagnation also increases the risk of protectionism. Any country with too little domestic demand to achieve full employment and 2% inflation will be tempted to foist the problem on its neighbors by cheapening its currency or erecting tariffs so as to export more and import less.

Yet in key respects the past decade doesn’t conform to the gloomy prognosis of secular stagnation: The stock market has romped to one record after another, and job growth has remained consistently strong.

As with interest rates, economists have been surprised by unemployment, which peaked at almost 10% in 2010. Year after year, they expected it to bottom out around 5%. It’s now down to 3.5%, a 50-year low, and likely headed lower.

The expansion is now the longest since records begin in the mid-1800s. It bears little resemblance to the 1930s, which Mr. Hansen described as “sick recoveries which die in their infancy and…leave a hard and seemingly immovable core of unemployment.”

This points to a third possible theory. The so-called natural rate of unemployment, the lowest the U.S. can sustain without running out of workers or pushing up inflation (called u* or “u-star” in economists’ equations) is much lower than previously thought. So the recovery has had more ground to cover than many realized, and as a result the economy has spent much of the past decade operating well below capacity.

chief economist at Goldman Sachs, says there isn’t a lot of mystery about the behavior of inflation and interest rates: “We fell into a deep hole so we had a lot of spare capacity, and it took a long time to climb out.”

The U.S. may have finally climbed out, but until Europe has as well, interest rates may remain low, he says. “How secular is it? How cyclical? Until you’ve seen economies really normalize from a cyclical perspective it’s going to be hard to fully distinguish between those two things.”

In other words, it might take the next decade to answer what really happened in the last.

Mr. Ip is The Wall Street Journal’s chief economics commentator, in Washington. He can be reached at greg.ip@wsj.com.

What is your take on the economy over the past ten years? Join the conversation below.