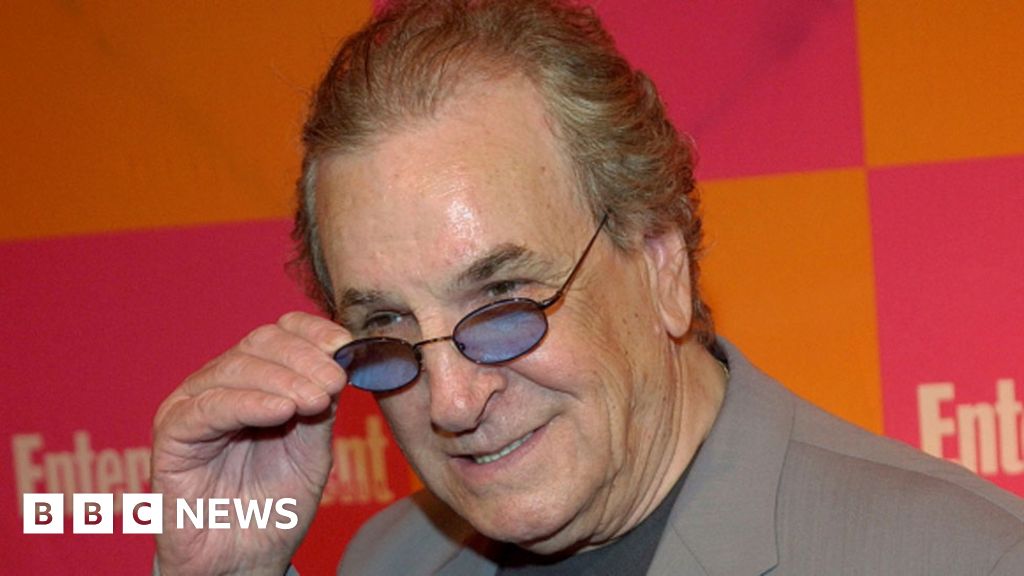 Veteran film actor Danny Aiello, known for his roles in the movies Do The Right Thing and The Godfather Part II, has died aged 86.

He also played Madonna’s father in the 1986 video for Papa Don’t Preach.

His family said with “profound sorrow” in a statement that he died after a short illness.

A veteran of stage and film, Aiello was best known for playing the pizza parlour owner Sal in Spike Lee’s 1989 Do the Right Thing.

The role earned him a best supporting actor Oscar nomination. He also played the hesitant fiancé of Cher’s character, Loretta, in Moonstruck in 1987.

“It is with profound sorrow to report that Danny Aiello, beloved husband, father, grandfather, actor and musician passed away last night after a brief illness,” the family said, in a statement to the BBC from his literary agent Jennifer De Chiara.

“The family asks for privacy at this time. Service arrangements will be announced at a later date.”

Film maker Kevin Smith paid tribute to Aiello for his role in Do the Right Thing.

Rest in Power, Danny Aiello. “Do the Right Thing” was an important film for me and your portrayal of Sal was so real. I’ll never forget your performances in “The Odds” episode of “Tales from the Dark Side” and as the Police Captain in “January Man.” You were the glue in movies. https://t.co/ZZ95b3jkJK

In The Godfather Part II, Aiello had a relatively small part as small-time gangster Tony Rosato but he made the role his own by uttering the famous line, “Michael Corleone says hello!” during a raid on gang rival Frank Pentangel.

His other credits include Fort Apache the Bronx, Once Upon a Time in America, again with Robert de Niro, The Purple Rose of Cairo and Hudson Hawk.

Danny Aiello is now sleeping with the stars. Thank you for everything, Danny. Your love, wisdom, talents and grace touched us all. Buon viaggio ❤️✌🏽

Aiello also had a stage career on Broadway, appearing in shows including Gemini, The Floating Light Bulb, Hurlyburly, and The House of Blue Leaves and Wheelbarrown’s Close.

In July 2011, he appeared Off Broadway in the two-act drama The Shoemaker, written by Susan Charlotte and directed by Antony Marsellis.

As well as acting, Aiello had a singing career, he released several big-band style albums including Live from Atlantic City in 2008.

“For actors, that’s no time at all. Everything is happening so damn fast. It’s like a beautiful dream that never seems to end.”

Aiello, the fifth of six children, was born on West 68th Street, Manhattan.

At the age of 16, he lied about his age to enlist in the US Army. After serving for three years, he returned to New York City and did various jobs in order to support himself and later his family.

With limited education and few skills, Aiello jumped at the chance offered by his wife’s uncle to become a baggage clerk for Greyhound.

Later however he worked as a bouncer in a string of tough after-hours clubs in Queens and Manhattan.

To support his wife and four children, he would take any odd job going.

So for Aiello, the theatre was pretty much a shot in the dark gamble – one which paid off.

Directors began to respond to the Aiello’s raw intensity and when Robert De Niro turned down the role of Sal in Lee’s film, he was recommended to take his place.

The roles continued to come his way. He had bit parts in feature films and won an Emmy in 1980 for the TV show A Family of Strangers.

Later Woody Allen offered him the role in Purple Rose of Cairo, and then he was asked to be in Madonna’s video, followed by stage success as a drug-taking TV actor in Hurlyburly.

After Do the Right Thing, Aiello worked in the TV movie The Preppie Murder, then took some time out for his family.

In the early 1990s, he was still one of the highest-paid character actors in Hollywood, commanding at least $750,000 a film, he told People magazine.

He went on to do the films Once Around with Holly Hunter and Hawk with Bruce Willis, and he also made a Broadway appearance with Harvey Keitel in Those the River Keeps.

He is survived by his wife, Sandy Cohen, and their three children.