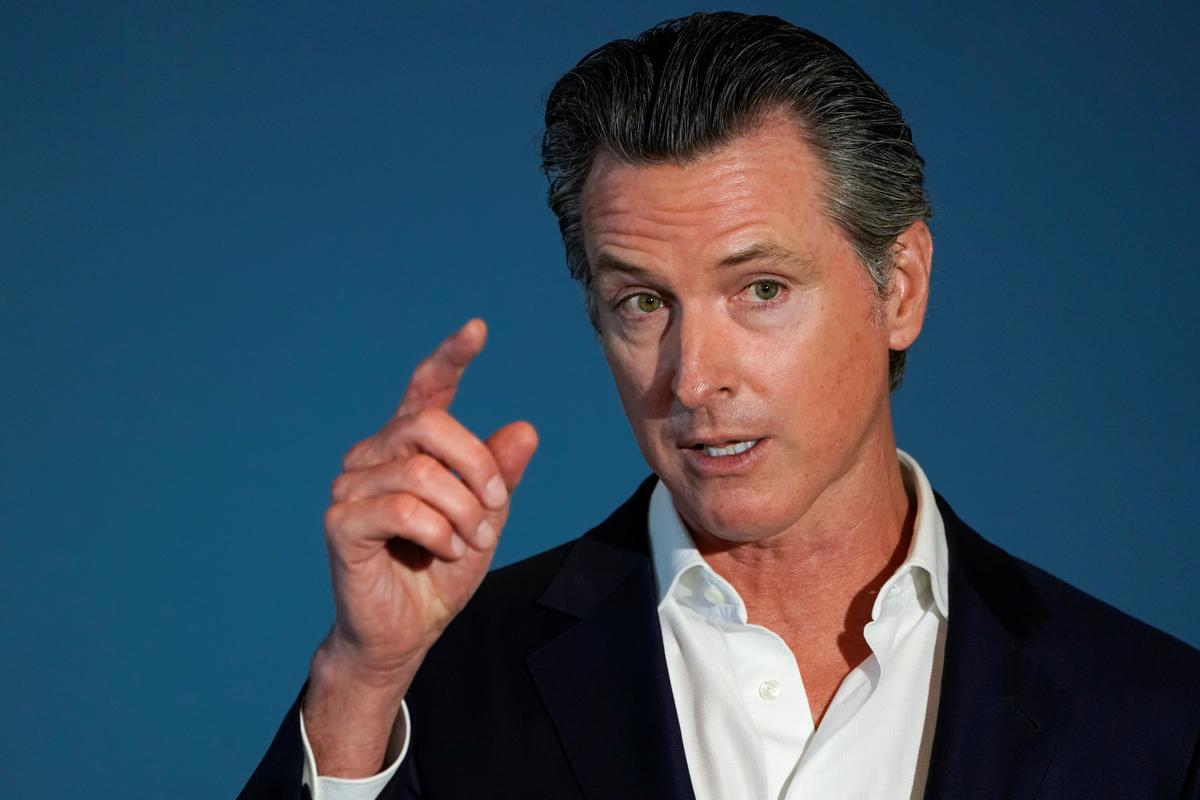 The decision by Newsom, sent to PG&E in a letter, complicates the company’s push to exit bankruptcy and provide billions of dollars to victims of devastating wildfires in 2017 and 2018 sparked by the utility’s power lines.

The embattled utility now has until Tuesday to further amend its plan to Newsom’s satisfaction, but his criticism of the reorganization package as it was presented by PG&E a day earlier was sweeping.

Newsom said the plan lacks “major changes in governance” and tougher safety enforcement mechanisms mandated under the state wildfire statute, known as Assembly Bill 1054, which was enacted in July.

The governor also said PG&E’s plan, including a proposed $13.5 billion settlement with victims of wildfires blamed on its power lines, would leave the company with a weakened capital structure and “limited ability to withstand future financial and operational headwinds.”

“In my judgment, the amended plan and the restructuring transactions do not result in a reorganized company positioned to provide safe, reliable and affordable service to its customers, as required by AB 1054,” Newsom wrote.

PG&E, in a statement after release of the governor’s letter, disputed Newsom’s findings that its reorganization plan fails to live up to the criteria of the wildfire law.

“We believe it does and is the best course forward for all stakeholders,” the company said. “We’ve welcomed feedback from all stakeholders throughout these proceedings and will continue to work diligently in the coming days to resolve any issues that may arise.”

State approval of reorganization plan is a necessary step before PG&E can submit the proposal for a vote by creditors and final approval from a bankruptcy judge in San Francisco.

PG&E filed for Chapter 11 bankruptcy protection in January citing projected civil liabilities in excess of $30 billion from wind-driven blazes in 2017 and 2018 sparked by its equipment. Those included a wildfire last year that killed 85 people and destroyed the town of Paradise, ranking as California’s deadliest wildfire on record.

In recent months, PG&E resorted to widespread power shut-offs that left hundreds of thousands of its customers without electricity for days at a time during periods of extremely high winds and dry conditions.

But the blackouts enraged consumers, regulators and politicians, including Newsom, who accused PG&E of failing through greed and mismanagement to invest in proper maintenance and upgrades of its power system over the years.

PG&E has denied putting profits ahead of public safety but acknowledged it needed to do a better job of protecting the grid from fire hazards.

Newsom had floated the idea of a state takeover of the utility if it failed to satisfy his demands, and has insisted that whatever entity emerges from bankruptcy must be “completely transformed” and more accountable.

The governor’s finding that PG&E’s reorganization plan must comply with the new law, AB 1054, is a prerequisite for the utility’s proposed civil settlement with wildfire victims.

The law creates a wildfire liability fund that investor-owned utilities can access for wildfire claims, provided the utilities contribute toward the fund and make a combined $5 billion, five-year investment toward improvement in their electrical grids.

To participate in the fund, PG&E must exit bankruptcy by June 30, putting intense pressure on the utility to resolve its complicated Chapter 11 quickly.

Bondholders led by Elliott Management opposed the reorganization plan championed by PG&E. However, the $13.5 billion compensation package agreed to by the utility – more generous than expected – makes it much more difficult for bondholders to upend PG&E’s plans.