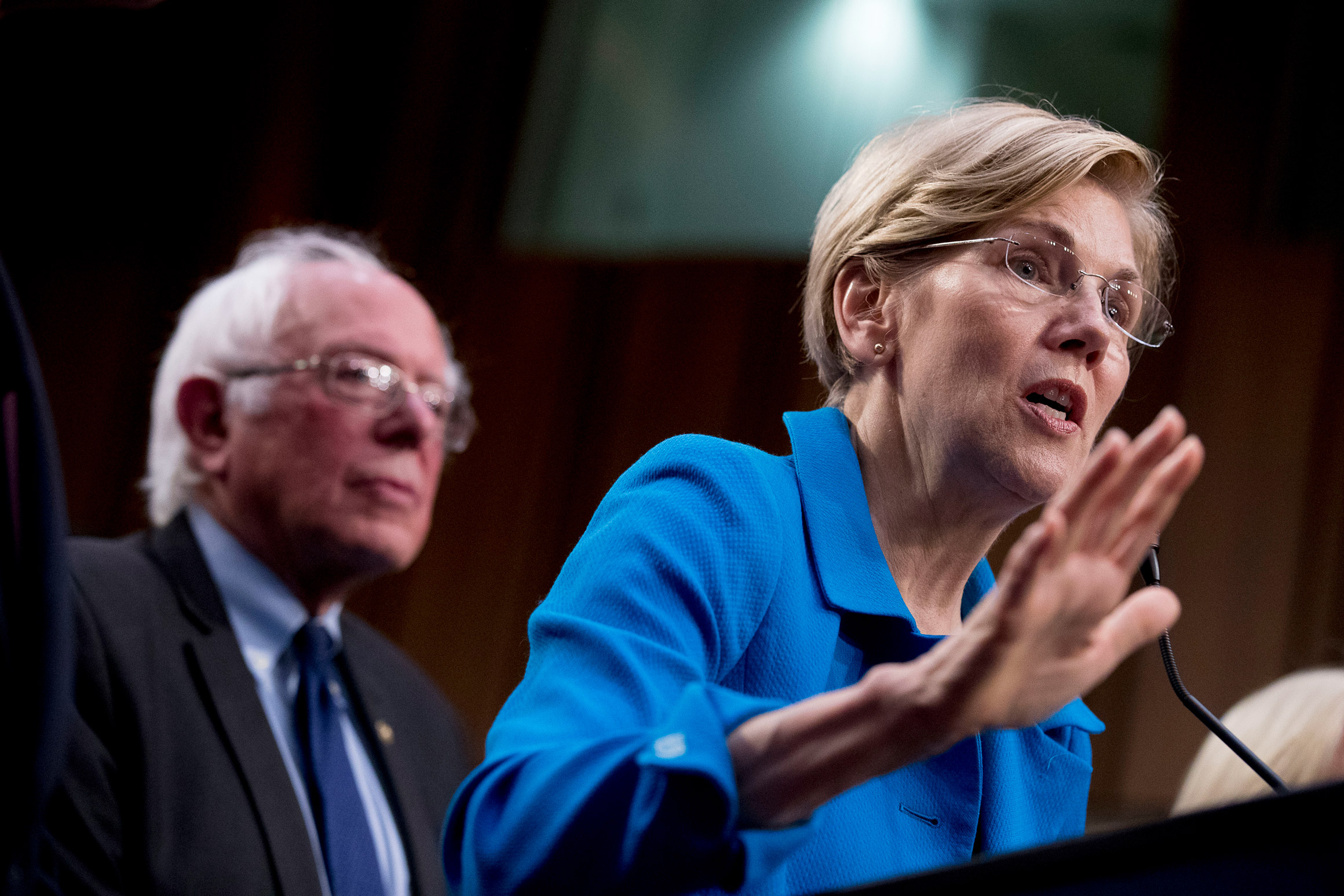 The thoroughness of Corbyn‘s thrashing revived the longstanding debate within the party over just how ambitious the Democratic agenda should be, and provided fresh ammunition for the arguments of moderates who contend that if the party backs Bernie Sanders or Elizabeth Warren, the primary’s leading progressives, they’ll lose the Rust Belt and perhaps even elsewhere.

The left played defense in the wake of the loss, insisting that it is unwise to compare the two countries an ocean apart, and that the moderates bashing them had never been held accountable for Hillary Clinton’s 2016 loss. Plus, they pointed out, Sanders and Warren have far higher favorability ratings than the unpopular Corbyn.

But because Sanders had praised Corbyn in the past and his current and former aides have boosted him, Labour’s monumental defeat trained attention onto him in particular, even from some fellow progressives.

“Corbyn was basically a satellite project for Bernie world. If there is one lesson to be gleaned from the devastating loss across the pond, it’s that we need more than just soaring rhetoric backed up by bravado of organizing,” said Murshed Zaheed, a Megaphone Strategies partner and former Harry Reid aide backing Warren. “We need to have leaders who have crystal-clear analysis of how to solve problems and leverage power to achieve those solutions. Corbyn never appeared to be a candidate with any sound plans on how to move U.K. forward.”

Your guide to the permanent campaign — weekday mornings, in your inbox.

Before the polls closed on Thursday, Sanders’ national organizing director, Claire Sandberg, had tweeted that the “Bernie team says #VoteLabour” with a picture attached of campaign staff. Rep. Alexandria Ocasio-Cortez, a top congressional ally who has campaigned with Sanders in Iowa, also tweeted in support of Labour. Two 2016 aides to Sanders, Becky Bond and Zack Malitz, had traveled to London earlier this year to help the pro-Corbyn group Momentum as well.

Notably, Sanders himself did not weigh in on Corbyn ahead of the 2019 election. That marked a something of a change from the last U.K. general election in 2017, when the Labour Party defied expectations and won 30 additional seats, though not an outright majority. Sanders said that year that there were “similarities” to Corbyn’s political work and his own.

“What Corbyn has tried to do with the Labour Party is not dissimilar from what some of us are trying to do with the Democratic Party,” he said at the time. “Which is make it a party which is much more open and inviting for working people and young people and not have kind of what we call a liberal elite making the decisions from the top on down, but making the decisions from the bottom on up.”

The U.K. election has also reinvigorated debates among Democrats over how to best win back the working-class voters that have fled them and Labour Party in droves in recent years, handle disinformation campaigns on social media, and navigate the culture wars. For progressives especially, it has led to renewed discussions over how to woo senior voters.

On Thursday, former Vice President Joe Biden said Boris Johnson’s win showed the consequence of moving too far from the center: “Look what happens when the Labour Party moves so, so far to the left. It comes up with ideas that are not able to be contained within a rational basis quickly.”

Rep. Ro Khanna, Sanders’ campaign co-chair, insisted that anyone who argues for a return to “the status quo” is overlooking the economic disparity that led to Brexit in the first place.

“What the U.K. elections show is that the technology revolution and globalization has led to deindustrialization and stagnation of wages for the working class,” he said. “They channeled that into a nationalistic populism. The task of the left is to offer an aspirational vision instead — how can we bring new, good paying jobs to people and communities left behind.”

Though many progressives in the U.S. are now distancing themselves from the Labour Party, some privately saw a potential Corbyn win as something that could provide momentum for the left-wing 2020 candidates and show that a socialist victory was possible. Likewise, some moderate Democrats quietly believed before the election that a Labour loss would send a signal that the Democratic Party would suffer by nominating a progressive.

A former Sanders aide questioned the wisdom of the Vermont senator’s staffers speaking out in support of Corbyn in advance of the U.K. election: “They should stay focused on winning the required number of delegates to win the nomination. Not on elections abroad. This is a prime example of eyes not on the prize or a fundamental lack of understanding of what’s needed to win.”

Michael Bloomberg, the billionaire businessman and former New York City mayor who entered the race this month after coming to the conclusion that the field lacked a clear candidate who could defeat Trump, said the loss was a clear warning: “Americans want change but I don’t think they want revolutionary change.”

It was an implicit shot at Sanders, who has long called for a “political revolution,” and Warren, who has attacked Bloomberg vigorously and is calling for “big, structural change.”

Pete Buttigieg, who has risen in the early-state polls while arguing that Sanders and Warren’s progressive message is “not unifying,” struck a less critical tone an interview Friday with journalist Robert Costa at a Post Live event.

“It’s a little tough to draw comparisons because of course they’re dealing with this Brexit issue that is just different than anything going on in the United States,” he said. “I do think it’s a good moment to remind ourselves that a Conservative in a place like the U.K. would probably be considered a center-left Democrat in a place like the U.S., right? The climate policies, even a lot of the health and social policies that are considered more right or center-right over there, are not at all welcome in today’s American Republican Party.”

Still, Buttigieg said, there is a meaning in the election for the left: “You’ve got to be ready to build a coalition and gather that majority, but here’s the thing. In America today, most Americans are with us — and by us I mean with my party — on every major issue.”

Polls in the U.K. showed that voters backed many of Corbyn’s policies as well, but strongly disliked the candidate.