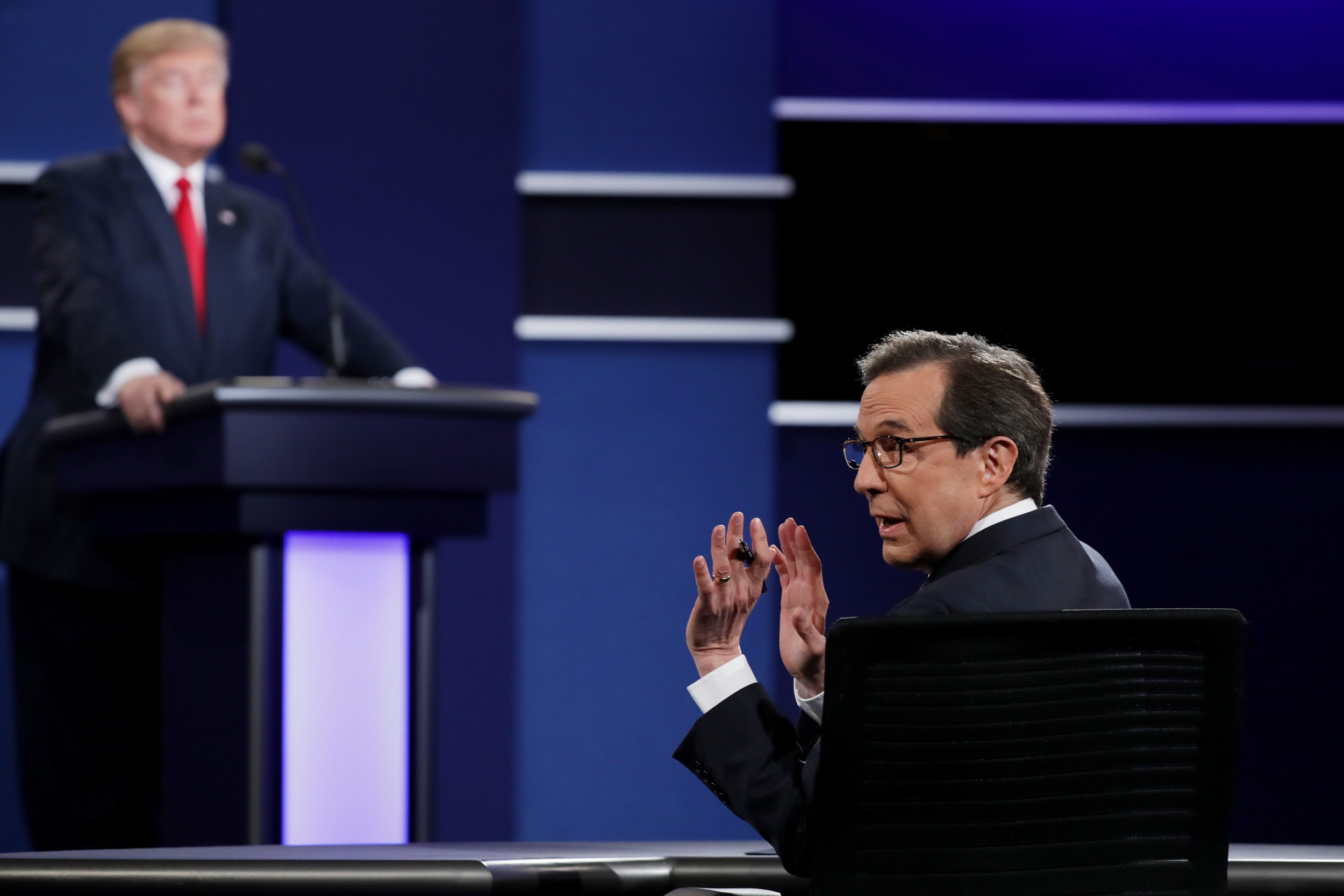 Leading Fox News host Chris Wallace has reinforced his status as the most prominent dissenting voice on Donald Trump’s favorite channel by reiterating his criticism of the president’s attacks on the media.

The audience at the Washington media museum, the Newseum, burst into applause when Wallace told them in a speech that Trump was “engaged in the most direct sustained assault on freedom of the press in our history,” The Guardian reported.

“He has done everything he can to undercut the media, to try and delegitimize us, and I think his purpose is clear—to raise doubts when we report critically about him and his administration that we can be trusted,” he said.

Wallace described how trust from the public in the media had been corroded by Trump’s assertion in a tweet that “fake news media” was in the president’s words, “the enemy of the American people.”

“Let’s be honest, the president’s attacks have done some damage,” Wallace said, citing a Freedom Forum Institute poll which found that almost a third of Americans think the first amendment “goes too far.”

The first amendment states: “Congress shall make no law respecting an establishment of religion, or prohibiting the free exercise thereof; or abridging the freedom of speech, or of the press; or the right of the people peaceably to assemble, and to petition the Government for a redress of grievances.”

Wallace added that “three quarters say that fake news is a serious threat to our democracy,” citing the same Freedom Forum Institute poll.

The host of Fox News Sunday is a rare dissenting voice on the channel owned by Rupert Murdoch, and is a counterweight to the pro-Trump sentiment expressed by opinion hosts Laura Ingraham and Sean Hannity.

The president has taken exception to some of Wallace’s questioning, especially after he gave a tough interview to House minority whip Steve Scalise, after which Trump tweeted that Wallace was “nasty” and “obnoxious”.

In October, Trump unfavorably compared Wallace with his late journalist father over the coverage of the Ukraine investigation.

He tweeted: “Somebody please explain to Chris Wallace of Fox, who will never be his father [and my friend], Mike Wallace that the Phone Conversation I had with the President of Ukraine was a congenial & good one.”

Wallace’s latest comments on Wednesday to mark the closure of the Newseum after nearly 12 years at its current location, drew praise from The Washington Post.

However, the publication noted that they were similar to ones he made in 2017 at the International Center for Journalists in which he also said that Trump, “is engaged in the most direct, sustained assault on a free press in our history.”

Erik Wemple wrote in an op-ed for the Post: “Should we dock Wallace for speech-language recycling? Heck no. To the contrary, this fundamental truth needs to be repeated, stressed, pounded into Americans’ ears.”

Another Fox host known for his displays of editorial independence, Shepard Smith quit the network in October, warning that “intimidation and vilification of the press is now a global phenomenon. We don’t have to look far for evidence of that.”