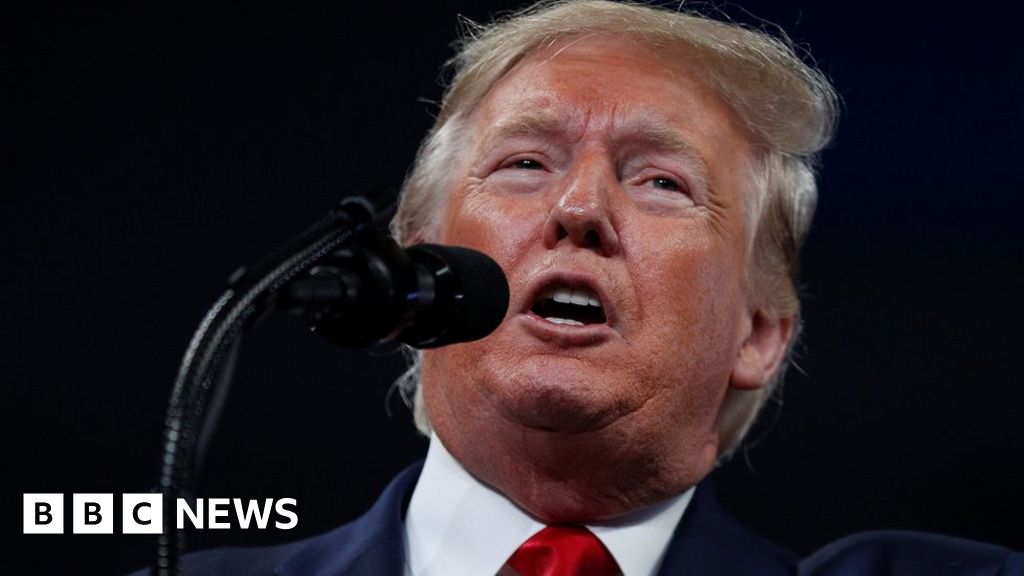 A US House of Representatives panel is expected to approve impeachment charges against President Donald Trump later in a historic day at the Capitol.

The judiciary committee is debating two articles of impeachment alleging abuse of power and obstruction of Congress.

A full vote by the Democratic-run House next week will likely make him the third US president ever impeached.

But the Senate, controlled by Mr Trump’s fellow Republicans, is not expected to remove him from office.

“No crime!” the US president said on Twitter early on Thursday.

What do the articles of impeachment say?

Mr Trump is accused of trying to force Ukraine to launch a corruption investigation into his political rival Joe Biden, a leading Democratic contender for the White House next year; and obstruction of Congress for stonewalling the House investigation.

The Democrats who run the committee have agreed the language of the nine pages detailing the charges, saying that Mr Trump “betrayed the nation” by acting “corruptly”.

There are 41 members – 24 Democrats and 17 Republicans – on the panel, which is expected to vote according to party affiliation later on Thursday.

What is being said in the debate?

But his amendment was rejected after hours of debate on a 23-17 party-line vote.

“This notion of abuse of power is the lowest of low-energy impeachment theories,” said Matt Gaetz, a Florida Republican, whose own proposed amendment was also defeated.

But Democrats rebuked Republicans for their loyalty to Mr Trump.

“Is any one of my colleagues willing to say that it is ever OK for a president of the United States of America to invite foreign interference in our elections?” said Pramila Jayapal, a Washington Demcorat.

What will happen next week in the House?

A handful of Democrats in swing districts remain unsure how they will vote on impeachment when it comes to next week’s debate.

But Democrats have a 36-seat lead over Republicans in the House so passage is still expected to go ahead.

Democrats stepped back from including in the impeachment charges findings by Special Counsel Robert Mueller that Mr Trump may have obstructed the justice department’s inquiry into alleged Russian election meddling.

The party’s lawmakers from more conservative districts have argued the focus should be limited to Ukraine.

Democratic leader Nancy Pelosi said on Thursday they would not whip the historic vote, allowing members to make their own personal choice.

What will happen in the Senate?

The Senate is expected to hold a trial next month on the charges and acquit the president.

Republicans who hold sway in the chamber appear to favour a quick vote, limiting political fanfare.

Mr Trump has indicated he would like to see witnesses called such as Joe Biden and his son, Hunter, who worked for a Ukrainian gas firm that the US president wanted investigated.

Mitch McConnell, the Senate majority leader, said on Wednesday no decision had yet been made over how to conduct the trial.

Analysts say the 100-seat chamber does not have the 67 votes needed to remove Mr Trump from office.