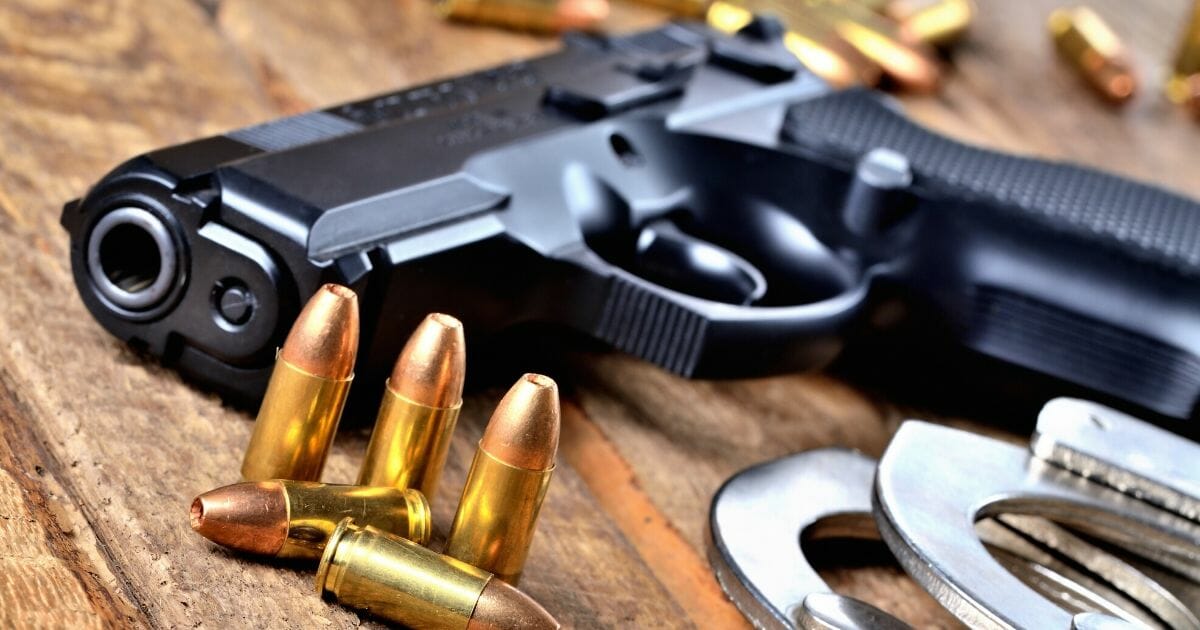 With each new mass shooting, the Left calls for more restrictions on legal gun ownership. The most recent shootings in Santa Clarita, Pensacola and Jersey City are no exception.

In the wake of the tragedy at Saugus High School — where the murderer used a handgun, not an AR-15 — Joe Biden declared his desire to outlaw 9-mm pistols. The other Democratic presidential candidates have urged everything from a full-out ban on “assault weapons,” to a federal gun licensing program, to mandatory “buybacks” and a federal registry.

However, a psychotic criminal who is indifferent to the law prohibiting murder is hardly going to be deterred more laws added to the books. Instead, when our government is considering how to address the scourge of mass shootings, it needs to ask two simple questions about its contemplated action:

TRENDING: AOC Ignorantly Tells Poor That Instead of a Handout, Entitlement Money Was Created by Them in First Place

Second, will it reduce the number of soft targets?

If the answer to either of these questions is yes, it’s worth pursuing. If both questions yield a no, however, the proposed action should be scrapped.

This is the federal criminal statute that prohibits certain people from possessing a gun or ammunition. These include illegal immigrants, unlawful users of controlled substances, convicted felons and those who have been committed to a mental institution. As Justice Samuel Alito wrote in his dissent to Rehaif v. United States in June, §922(g) “probably does more to combat gun violence than any other federal law.”

Indeed, the whole point of conducting a background check on potential gun buyers is to determine whether the purchaser falls into any of these prohibited categories. To do that, firearms dealers tap into the National Instant Criminal Background Check System, a database compiled from federal and state records. NICS is only as good as the information it accesses, however, and Democrats’ progressive policies have choked off access to a lot of information.

For example, while illegal immigrants are disqualified from possessing a gun under §922(g), sanctuary policies, enthusiastically embraced by the left, prohibit state and local governments from sharing immigration status with federal authorities. The result? Illegal immigrants who should be disqualified due to their immigration status won’t be flagged in a NICS background search. Thanks to Democrats’ devotion to these policies, background check laws are undermined.

To solve this, the federal government must declare war on sanctuary jurisdictions. This includes cutting federal funding to them and using the federal alien harboring-and-shielding statutes (8 U.S.C. §§ 1324, 1373, and 1644) to criminally prosecute those who enforce sanctuary policies.

Next, left-leaning jurisdictions have been legalizing marijuana at the state level and advocating for its legalization federally, as well. (Currently, marijuana is listed as a Schedule I controlled substance under the federal Controlled Substance Act.)

Many left-leaning states that haven’t completely legalized marijuana have, under the guise of addressing a “mass incarceration crisis,” significantly softened or eliminated penalties for marijuana possession, use and sale. This pro-marijuana agenda will reduce the number of people who would otherwise be flagged on a NICS background check.

RELATED: If We Lose Our Second Amendment Right, We Could Lose Them All

Indeed, Dylann Roof, who murdered nine people in a historically black South Carolina church in 2015, should have been flagged in NICS because of a prior drug arrest. Removing these flags would make it easier for killers like Roof to buy a gun.

If our elected officials are serious about curbing gun violence, they cannot cave to pressure from the left to reduce or eliminate penalties for marijuana offenses or remove marijuana from the CSA’s list of controlled substances.

Equally misguided is the Democrats’ push for constitutionally dubious ERPO (“extreme risk protection order,” or “red flag”) legislation. These laws are unnecessary. Instead, we need to enforce current laws allowing mentally ill people to be civilly committed. All states have civil commitment statutes that permit a psychiatric facility to involuntarily commit a person for a fixed period of time before a judge must either release the person or extend the confinement.

Under these laws, a troubled person not only would be separated from his weapon, but he would also be confined to a secure setting and receive much-needed mental health treatment during the separation period. This would not be the case with the Democrats’ ERPOs. Additionally, a person who has been civilly committed, unlike a person who has just been the subject of an ERPO, would be disqualified under § 922(g) from possessing a firearm upon release. Congress just needs to make funds available to encourage states to use their civil commitment statutes.

As a society, we need to take a hard look at how liberal ideas are undermining § 922(g).

Case in point: Nikolas Cruz, the Parkland shooter, was allowed to stay in school after multiple threats and acts of violence because of a dangerous and foolish leftist idea that minority students are victims of a “school to prison pipeline.”

According to this concept, punishing bad behavior causes more bad behavior. If we suspend students for bad behavior, the bad behavior will get worse. If we look the other way and pretend it’s not happening, it doesn’t exist.

Had the school district referred Cruz for prosecution for his prior violent acts, rather than caving in to the liberal agenda, Cruz would have been disqualified under §922(g) from purchasing the gun he used to murder 17 people at Marjory Stoneman Douglas High School. But because the school district was too “woke” to do that, Cruz’s name never appeared in the NICS database.

Contrary to the left’s knee-jerk instinct to disarm law-abiding Americans, we actually need to do the opposite: eliminating soft targets, most especially the ill-conceived “gun-free zones” frequently targeted by mass shooters.

And since the police cannot be everywhere, all the time, to guard us from harm, we need to be able to protect ourselves.

The federal Gun-Free School Zones Act of 1990 prohibits most firearms within 1,000 feet of a school. State laws also designate certain areas as gun-free zones. Some state laws expand the categories of gun-free zones to include places of worship, colleges and post-secondary schools, government buildings and courthouses and city and state property.

Mass shooters choose gun-free zones for their killing sprees because they will be less likely to encounter armed resistance in these areas.

This isn’t rocket science. And the facts bear out what should be entirely predictable to any thinking person.

A recent analysis of public mass shootings between 1950 and June of 2019 found that 94 percent of these incidents took place in gun-free zones.

The monsters who perpetrated these attacks have candidly acknowledged that they sought out gun-free zones in order to maximize their kill ratio. The manifesto of the El Paso shooter cautioned, “Don’t attack heavily guarded areas … attack low security targets.”

In the Garlic Festival shooting in Gilroy, California and the Route 91 Harvest music festival in Las Vegas, the victims were contained inside a fenced area after going through metal detectors to make sure that they had no weapons.

Parkland. Santa Fe. Newtown. All occurred in gun-free zones. The list goes on.

The most straightforward way to eliminate soft targets is to allow law-abiding citizens to carry concealed guns.

Furthermore, a study in Applied Economic Letters found that states with more restrictive laws had higher gun-related murder rates than those without such restrictions.

This deterrent effect could be achieved by the passage of a federal law obliging every state to recognize a concealed-carry gun permit issued by any other state. Such a law would mean that anyone with a valid concealed-carry gun permit in one state could travel to any other state with the permitted weapon and not worry about being arrested and prosecuted for carrying that concealed weapon.

Reducing soft targets in schools could be achieved by allowing our school districts to opt into federally-funded school resource officer programs.

The schools could hire retired law enforcement and veterans to serve as armed peace officers in schools. Creating the program at a federal level would allow for uniformity throughout the nation in SRO standards and training.

The National Association of School Resource Officers estimates that only 20 percent of all K-12 schools in the United States currently have an SRO. This is woefully inadequate.

Gun violence legislation was at the top of Congress’s agenda before the current impeachment kerfuffle consumed the country.

All of the Democratic presidential candidates have put their menu of options on the table — a federal assault weapons ban, mandatory “buybacks,” federal licensure, national registries, red flag laws, etc. None of these are real solutions, of course, as they blame the object used by a handful of people rather than tackle the issues that lead to violence.

To date, however, neither President Trump nor congressional Republicans have come up with any proposals on how to address mass shootings. It’s past time they do so.