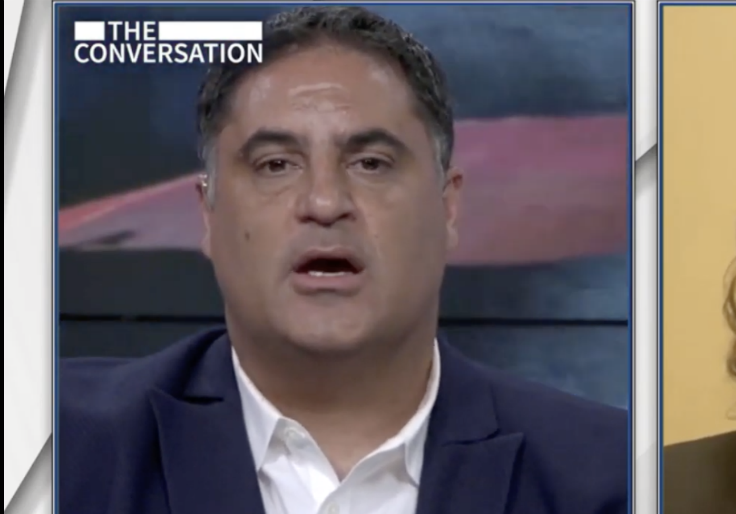 Sen. Bernie Sanders (I., Vt.) on Thursday endorsed the candidacy of Cenk Uygur, who is seeking a congressional seat in California. A founding member of the Justice Democrats PAC, Uygur was subsequently forced out of the group when his past, risqué writings on dating resurfaced.

“I’m endorsing Cenk because I know he will serve ordinary people, not powerful special interests,” Sanders said in a statement. “He is a voice that we desperately need in Congress and will be a great representative for CA-25 and the country.”

Justice Democrats, a political action committee that supports far-left candidates who challenge Democratic moderates, pushed Uygur out of its leadership after blog posts he had written about dating and sex resurfaced.

In the early 2000s, Uygur wrote a series entitled “Rules of Dating” which outlined, in lurid detail, his sexual expectations for the women he went out with.

“There must be some serious making out by the third date,” Uygur wrote. “If I haven’t felt your tits by then, things are not about to last much longer.”

“There must be orgasm by the fifth date,” a second rule reads.

“There must be sex by the second month of dating. There are a lot of allowable exceptions to this rule, but they all involve orgasms,” the rules continue. “I’d much rather go out with a slut than a prude.”

Uygur apologized after the blog posts resurfaced, saying “the stuff I wrote back then was really insensitive and ignorant,” and adding he deeply regretted writing them.

“I had not yet matured and I was still a conservative who thought that stuff was politically incorrect and edgy,” he said.

“We do not feel that Mr. Uygur is fit to lead or participate in an organization that truly believes women’s issues and the issues of black and brown people are all of our issues,” Saikat Chakrabarti, Justice Democrats cofounder and former chief of staff to Rep. Alexandria Ocasio-Cortez (D., N.Y.), said in a statement at the time of Uygur’s termination.

Uygur is well known for having created The Young Turks, a popular far-left YouTube channel. He is currently running to replace former Rep. Katie Hill (D., Calif.), who resigned after facing accusations she carried on affairs with staffers.