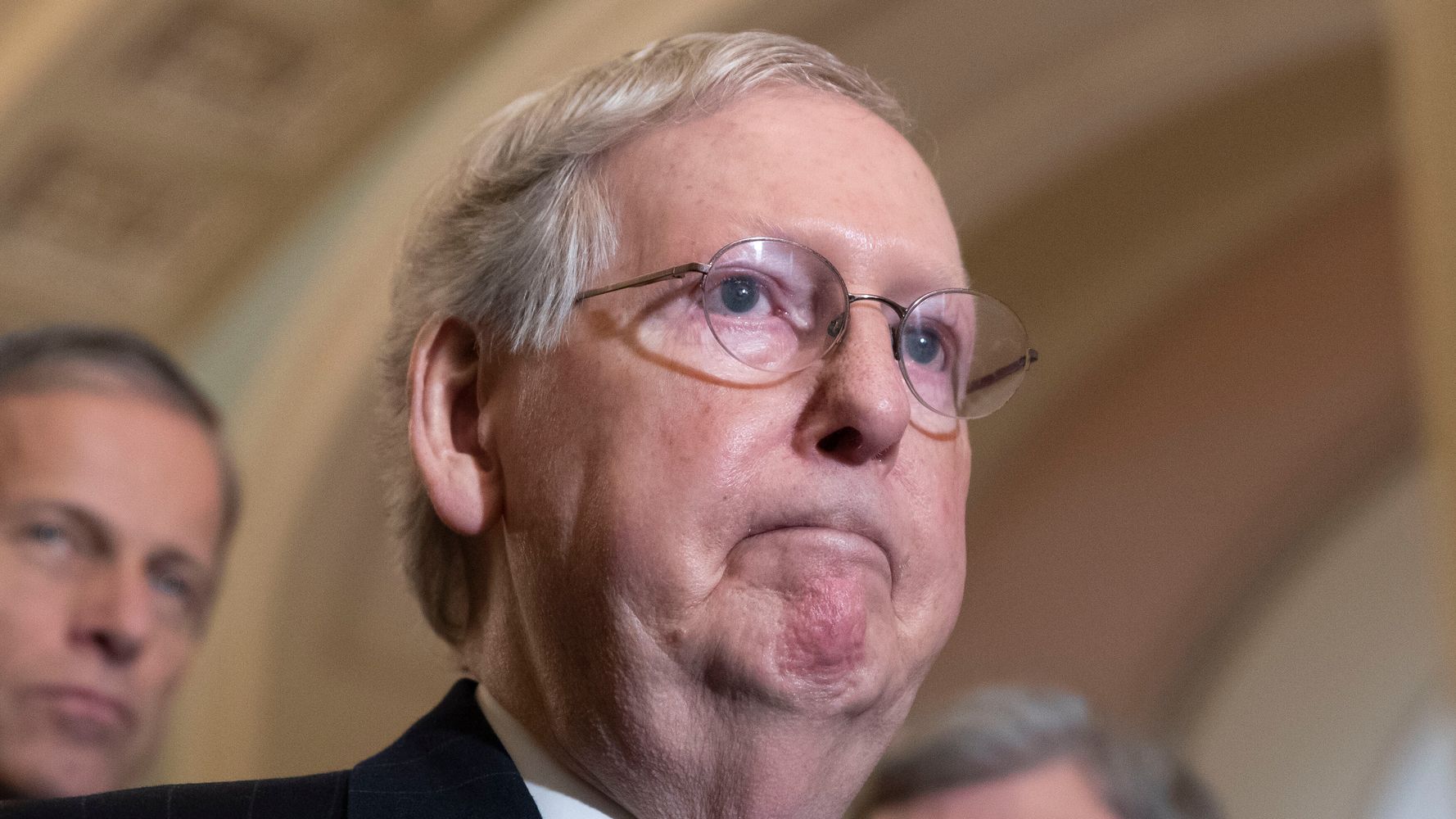 Senate Majority Leader Mitch McConnell (R-Ky.) said Thursday that he didn’t believe any Republicans in the Senate planned to vote to remove President Donald Trump from office should the House impeach him next week, saying he even expected some Democrats to side with GOP lawmakers.

“There is no chance the president is going to be removed from office,” McConnell told Fox News’ Sean Hannity on Thursday evening. “My hope is there won’t be a single Republican who votes for either of these articles of impeachment. And Sean, it wouldn’t surprise me if we got one or two Democrats.”

The remarks came as lawmakers on the House Judiciary Committee held a heated markup session on two articles of impeachment related to Trump’s demand that the leader of Ukraine announce the opening of an investigation into a political rival, former Vice President Joe Biden, and his son Hunter. One article focuses on abuse of power and the other on obstruction of Congress.

The committee abruptly delayed the panel’s vote on the measures late Thursday, saying it would vote Friday morning, when the articles are expected to pass on a party-line vote. The full House will vote on the articles next week, and, if passed, the Senate will hold a trial on the case against Trump in January.

Despite a nearly three-month investigation in the House, in which a parade of current and former administration officials voiced concern over Trump’s actions, McConnell said he doubted the merits of Democrats’ evidence against Trump.

“The case is so darn weak coming over from the House,” he said.

The majority leader said Thursday he had been coordinating with Trump’s legal team throughout the impeachment process, an arrangement that would continue if the Senate begins a trial. It would take a two-thirds vote in the Senate to remove Trump from office, but the GOP holds a 53-47 majority, meaning at least 20 Republican senators would have to join every Democrat in voting to remove the president.

Such a result is highly unlikely.

McConnell also signaled that he hopes the impeachment process in the Senate will be “shorter” rather than a drawn-out effort that could detract from the 2020 election.

“There will be no difference between the president’s position and our position as to how to handle this — to the extent that we can,” McConnell said. “We have no choice but to take it up. But we’ll be working through this process, hopefully in a short period of time, in total coordination with the White House counsel’s office and the people representing the president in the well of the Senate.”