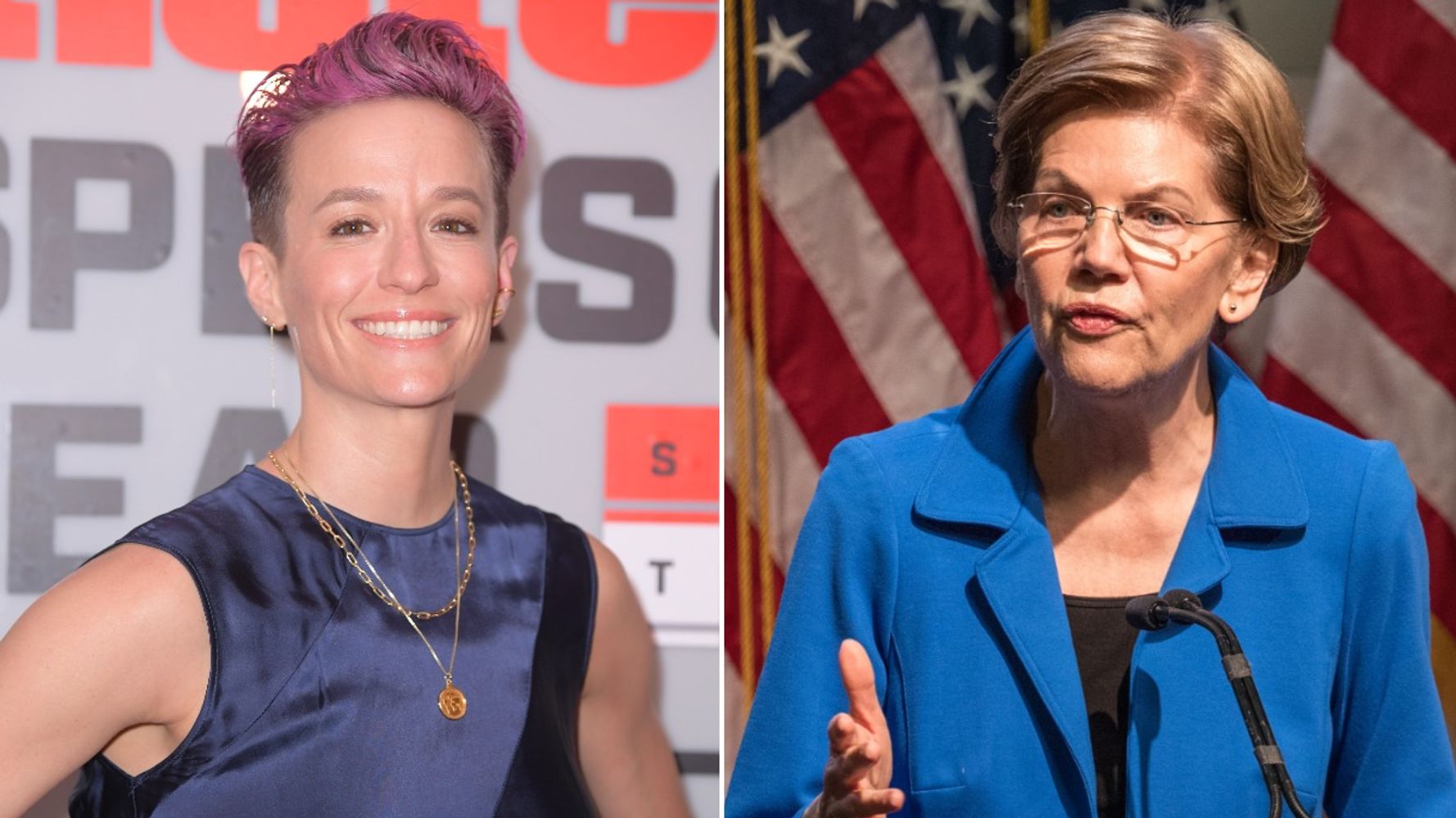 The soccer star lauded the lawmaker for “being bold and being real” in a Friday Instagram post accompanied by a video showing her and Warren talking on the phone.

“I’m proud to endorse @elizabethwarren today, for being bold, for being real, for listening to ALL of us, and for being prepared to navigate the unique challenges we face today as a country,” Rapinoe wrote in the post’s caption.

In the video of the conversation, Warren praised Rapinoe for her “great leadership” and for being named Sports Illustrated’s 2019 sportsperson of the year.

“It’s fabulous and well-deserved,” Warren said. “And well-deserved because you get out there and you both lead your team on the field but you also help to lead America off the field.”

Rapinoe tells the Democratic candidate: “I just don’t think we can get to a better place by walking this moderate line, so I appreciate you being out front and being big and bold with that.”

Warren has emerged as a top-tier contender for her party’s nomination, though after she surged in the polls earlier this year her support has leveled off in more recent surveys.

Rapinoe, who helped the U.S. women’s national team win its second consecutive World Cup in July, has used her platform as a star athlete to bring attention to social injustice issues.

Last month, the 34-year-old soccer star dedicated her acceptance speech for a Glamour 2019 Women of the Year award to former NFL quarterback Colin Kaepernick and his protests against racial injustice. The NFL has been widely accused of effectively blackballing Kaepernick for his activism.

Rapinoe became known as the first high-profile white or female athlete to stand in solidarity with Kaepernick when he was still playing by kneeling during the national anthem prior to a soccer game in 2016.

In June, Rapinoe, who came out as gay in 2012, made headlines when she told Eight by Eight magazine that she wasn’t “going to the fucking White House,” when to celebrate a World Cup victory before the U.S. team successfully defended its title in July.

She has referred to herself as a “walking protest” of the Trump administration, and has been outspoken about her fight for equal pay. The U.S. women’s soccer team filed a lawsuit against the U.S. Soccer Federation earlier this year over allegations of gender discrimination in their fight for pay equal to that of their male counterparts.

Warren, who in July proposed a plan of executive actions to address the pay gap for women of color, promised Rapinoe on Twitter on Friday that she will fight “shoulder-to-shoulder” with the soccer star for equal pay.

“I’m so grateful to have you on @TeamWarren,” the senator tweeted.

Thank you, @mPinoe! I’m so grateful to have you on @TeamWarren. I promise to fight shoulder-to-shoulder alongside you for equal pay and the bold, structural change our country needs. https://t.co/wyV0y7UkHS