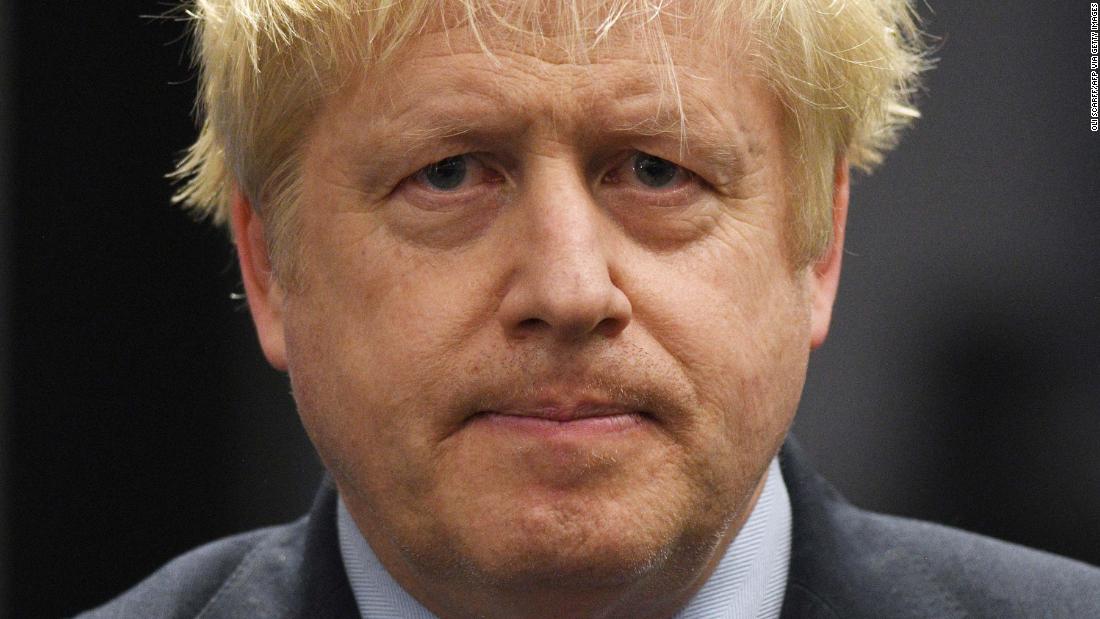 While Johnson’s Conservative Party punched huge holes in Labour’s red wall in the north of England and Wales with a dominant performance in England outside London, it fell back in Scotland — in a set of results that reverse surprising gains from 2017 and may set a constitutional time bomb ticking.

Across the water in Northern Ireland, the pro-Brexit Democratic Unionist Party leader in Westminster Nigel Dodds, who propped up the minority Conservative government after its disastrous 2017 election lost his seat in North Belfast. Another member of his party also lost in a victory for voters who wanted to remain in the European Union.

Johnson and Nicola Sturgeon, the leader of the Scottish Nationalist Party who has already said her party’s strong gains provides a mandate for a second independence referendum, are on a collision course.

That’s because the new Conservative majority suggests that Brexit is now a certainty, so Scotland will be dragged out of the European Union against its will.

This is a scenario that is a recipe for antagonism between the SNP and London — that could degenerate into the most brittle north-south relationship since Margaret Thatcher was Prime Minister in the 1980s.

“Boris Johnson has a mandate to take England out of the EU. He must accept I have a mandate to offer an alternative future” for Scotland,” Sturgeon told the BBC.

Politically, Scotland and England will look like entirely different countries. That will create huge new pressure from the SNP for another independence referendum.

It doesn’t necessarily follow that everyone voting for the SNP wants to leave the UK. Given Labour’s eclipse in Scotland — a former heartland and the failure of the Liberal Democrats — the SNP may have been a refuge for homeless Remain voters.

Areas that voted against independence — for instance, Stirling in the country’s central belt — went for the SNP this time. In this seat, there was a strong suggestion that tactical voting by Labour supporters who switched to the SNP helped unseat Conservative candidate Stephen Kerr who won by only 148 votes in 2017.

The SNP wave crashed across the entire country from the former shipbuilding areas around Glasgow — which once underwrote generations of Labour governments in London, to the affluent suburbs of Aberdeen, the oil capital in the northeast.

If independence was a political decision alone — it would probably be a slam dunk. But many of the economic concerns that prompted Scotland to turn down a chance to go it alone in the independence referendum by a 10% margin in 2014 have not yet been answered.

And Johnson, who after all leads the Conservative and Unionist Party, has said he will not grant Scotland another referendum and his big majority means he won’t have to.

But if the SNP follows its bumper night on Thursday with another landslide in the elections for the Scottish parliament in 2021 — probably on an independence vote platform, the tensions between Scotland and London could become unsustainable.

Still, the SNP has been in power for more than a decade and sooner or later all parties become tired, scandal prone or lose their grip on their voters. So it’s not impossible that this SNP blitz on represents a high water mark for the independence movement.

A big Tory majority will also send shockwaves through the tortured politics of Northern Ireland. Many unionists see Johnson’s Brexit deal as a betrayal and believe it cuts off the province from the rest of the United Kingdom by effectively drawing a border down the middle of the Irish Sea.

There are also fears that Brexit will revive the buried ghosts of the Troubles — the decades of sectarian violence between republicans and loyalists.

The Tory win will also fuel speculation that in the years to come the ties to the mainland among younger, more pro-European unionist voters will begin to fade. South of the border. Ireland will remain in the European Union.

Northern Ireland has played an outsized role in Westminster politics for the last few years given the DUP’s role in keeping the Conservatives in power. Johnson’s large majority means he will be able to all but ignore the political forces at play there now.

But whatever happens after Brexit — be it possible adverse economic consequences of Britain leaving the EU or the tensions in Northern Ireland, Johnson will be responsible for dealing with what comes next.

This delicate moment, testing the age-old ties between the constituent parts of the United Kingdom means that it’s still far from certain that Johnson can keep the union together.