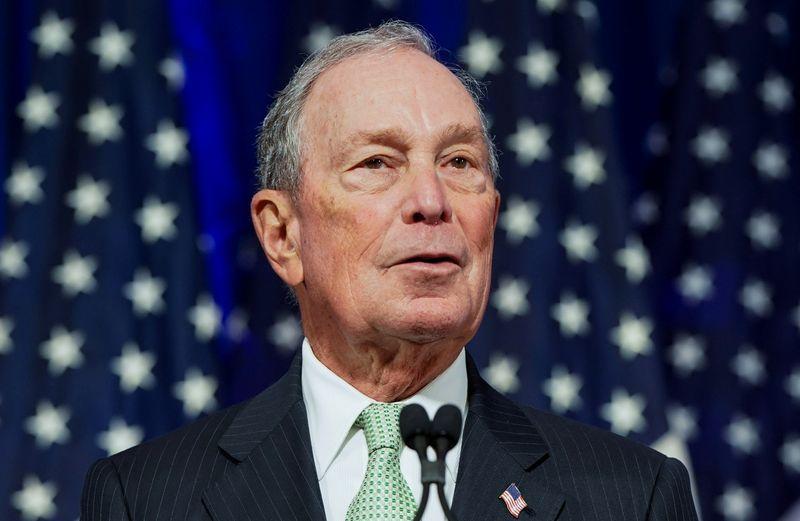 (Reuters) – Democratic presidential candidate Michael Bloomberg’s doctor has proclaimed him “a 77-year-old man in outstanding health,” according to a letter released by his campaign on Thursday.

They are among 15 Democrats vying to take on 73-year-old Republican U.S. President Donald Trump in November 2020.

Bloomberg, a billionaire and former New York City mayor, takes a blood thinner for a trial fibrillation and had a stent placed in a blocked artery nearly 20 years ago, said his doctor, Stephen Sisson of Johns Hopkins Hospital in Baltimore.

He also has had “small skin cancers” removed and receives treatment for arthritis and heartburn, and he takes a beta-blocker and medication to control his cholesterol.

The report was based on Bloomberg’s latest examination in July, the letter said.

His blood pressure, cholesterol, blood sugar and weight were all at normal levels. Bloomberg exercises regularly and is in “great physical shape,” Sisson said.

“There are no medical concerns, present or looming, that would prevent him from serving as President of the United States,” Sisson wrote.

Sanders had a heart attack in October that required surgery and took him away from the campaign trail for two weeks, but the health scare does not appear to have significantly hurt his standing among voters.

Warren last week became the first White House contender to release results of her medical exam, which showed she was in “excellent health,” according to her doctor.

Biden and Sanders have promised to do so ahead of the first nominating contest in Iowa on Feb. 3.