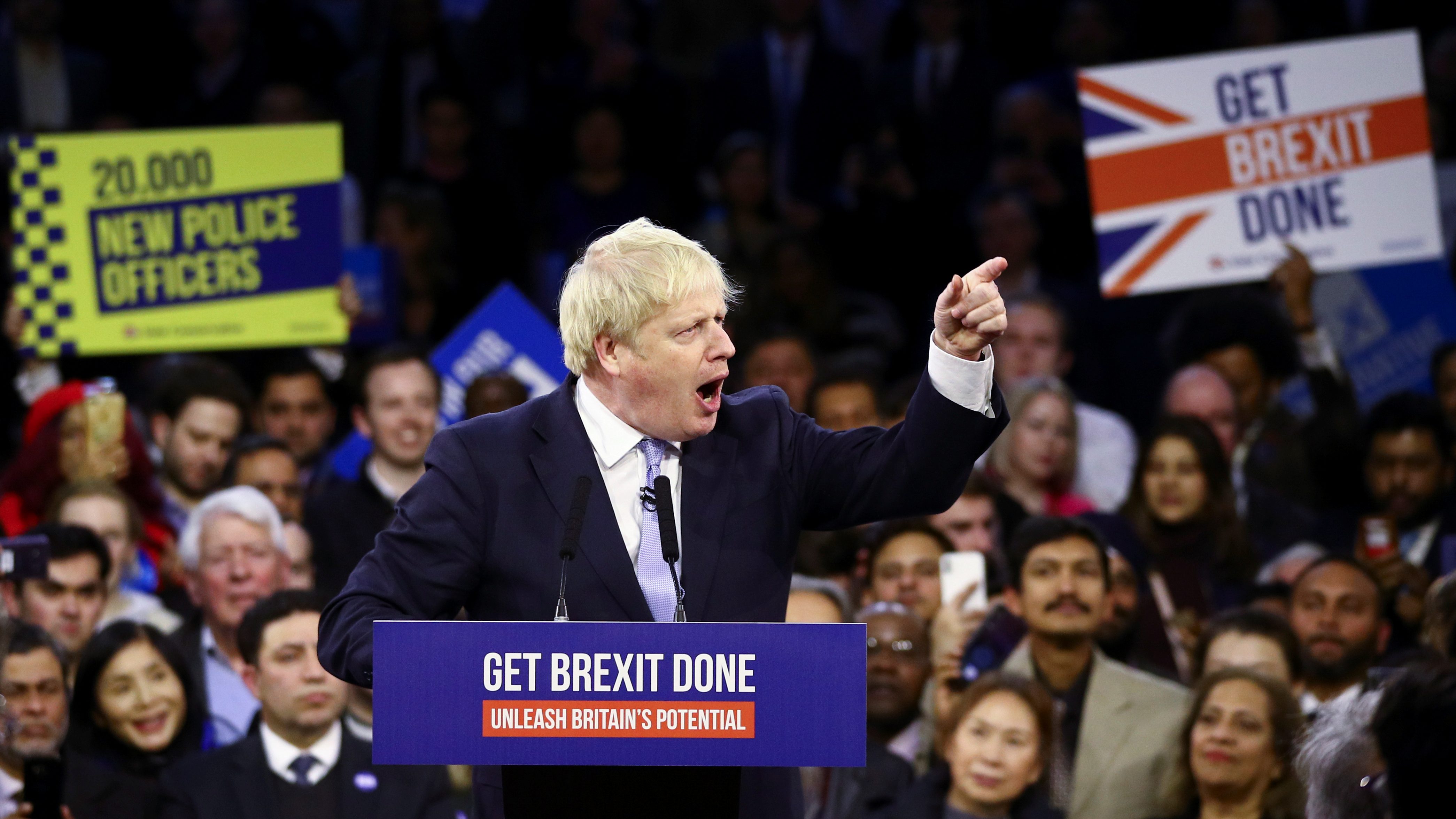 In what many have described as the most pivotal vote since the Second World War, millions of Brits today cast their ballots in the country’s general election. Exit polls suggest a large majority for Boris Johnson’s Conservative Party, with an estimated 368 seats, up from 317 in 2017.

The result is consistent with pre-election polls, which suggested a majority. For the party, which has spent the last two years limping along as a minority government, it will doubtless come as a cause for celebration. But it is a blow for advocates of tactical voting, who encouraged pro-Remain voters to set aside their party preference and pick the candidate best able to defeat the Tories across the 650 seats representing the entire UK.

Support for the Conservative Party has risen steadily since Johnson was elected its leader in July, despite concerns about his character and trustworthiness. In recent months, he has fended off multiple accusations of racism and sexism. He was found to have broken the law by suspending Parliament to reduce its time for debate ahead of the previous Oct. 31 Brexit deadline. More recently, he courted controversy by skipping a televised debate on climate change, and for refusing to appear for an interview with the BBC’s Andrew Neil.

Johnson will likely read the results as a decisive mandate for the harder Brexit he has negotiated with the EU. The deal, which resembles Theresa May’s earlier agreement, has been widely derided by the British media and failed to pass in a series of votes ahead of the election, barring one key vote. Now, with an expected Tory majority, Johnson should have an easier path than his predecessor to securing Parliament’s backing by the new Brexit deadline of Jan. 31.

For the Labour Party, the result will likely spell the end of the left-wing Jeremy Corbyn’s time as party leader. Down an estimated 71 seats from 2017’s 262, MPs may see today’s disappointment as a call for a change of leadership and an opportunity for the party’s more centrist MPs to gain some ground.

The Liberal Democrats, meanwhile, failed to meaningfully boost their level of support. In an election where the centrist and pro-EU vote appeared to be theirs for the taking, leader Jo Swinson’s party is projected to capture 13 seats, just one more than in 2017.