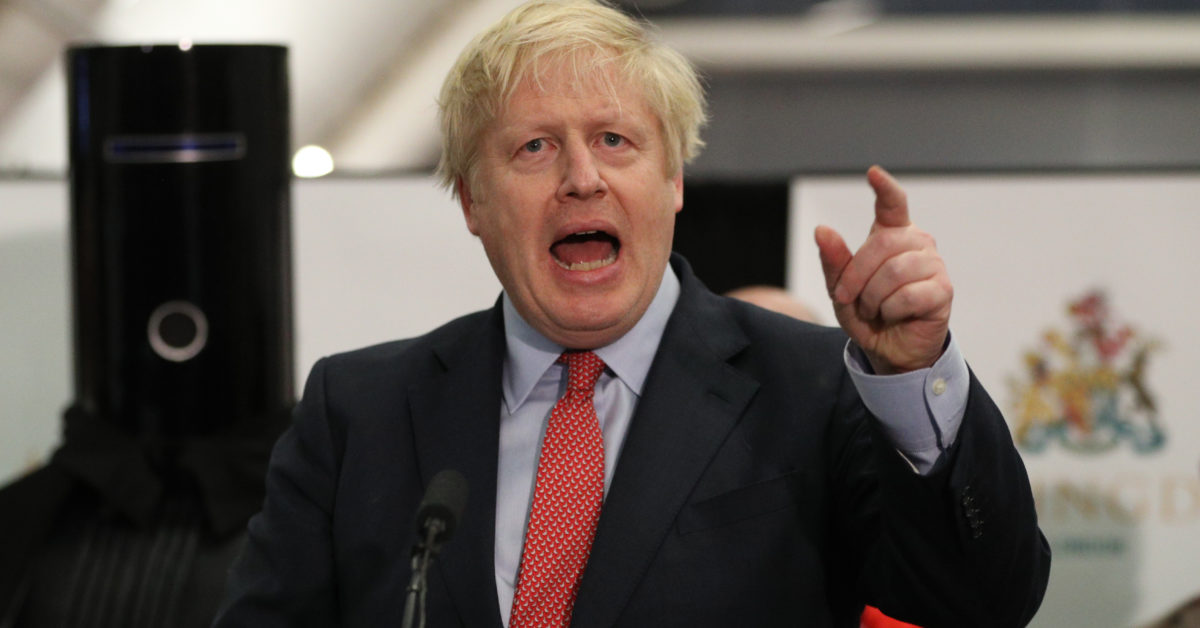 LONDON — Boris Johnson said he had a “powerful new mandate to get Brexit done,” as news emerged of widespread Conservative victories in the U.K. general election.

Johnson pledged to “unite this country and take it forward” and to focus on public priorities “above all the NHS.”

Speaking as he was reelected to the House of Commons, he said this had been a “historic election that gives us now in this new government the chance to respect the democratic will of the British people.”

The prime minister also promised to “unleash the potential of the entire people of this country.”

“If we are lucky enough to be returned […] then that work will begin tomorrow — or rather I should not say tomorrow, today,” he said.

Despite predictions ahead of the vote that he could lose his seat, Johnson was reelected in his constituency with an increased majority of 7,210. He won 25,351 votes to his Labour opponent Ali Milani’s 18,141. Around half the constituencies had declared their outcomes by the time he made his victory speech at 3.30 a.m.

The exit poll, announced at 10 p.m., projected a thumping 86-seat majority for the Tories. By 4.a m., the party had won in more than 200 constituencies, celebrating unprecedented victories in several traditionally Labour-voting seats including Darlington and Leigh.