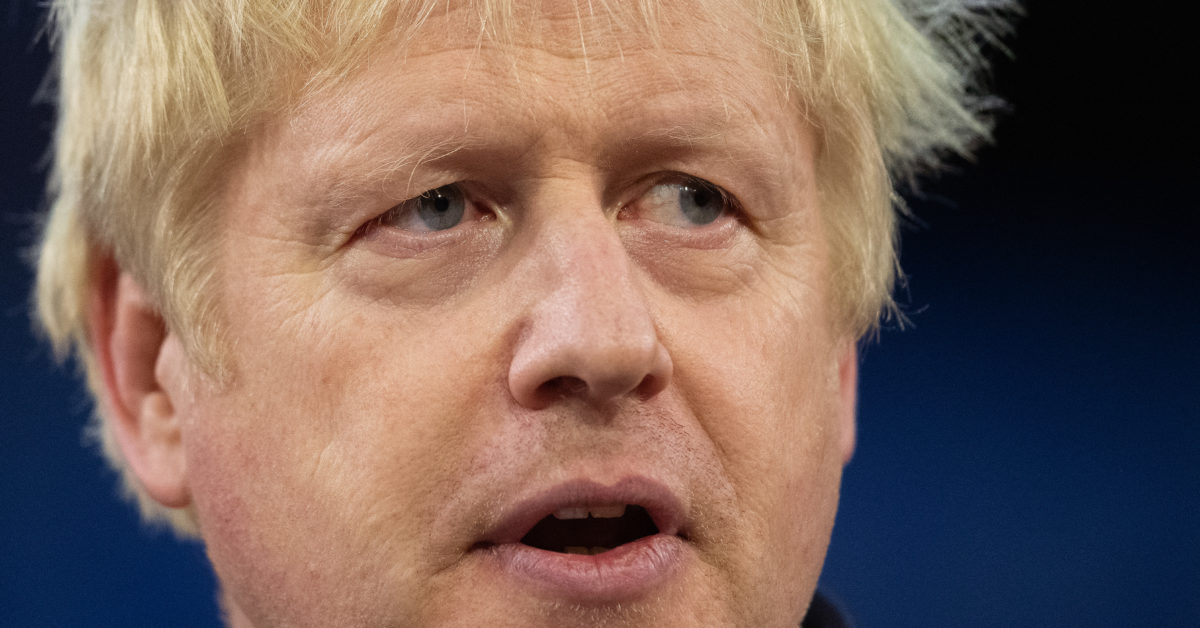 LONDON — Boris Johnson looks set to win big in the U.K. election, with an exit poll predicting a big majority for the Conservative Party.

The result would make it all but certain the U.K. would leave the European Union by the current scheduled exit date of January 31, 2020 and would mean the largest Tory majority for more than 20 years. It would be a stunning personal victory for Johnson, whose promise to “get Brexit done” appears to have galvanized support for the Conservatives among traditional Labour voters who backed leaving the European Union in the country’s 2016 referendum.

The exit poll, published as polling stations closed at 10 p.m. local time, predicts the Conservatives will win 368 seats, with Jeremy Corbyn’s Labour on 191.

If the poll is accurate, it would mean the largest Conservative majority since Margaret Thatcher’s third victory in 1987, giving the party majority of 86 in parliament. Labour is expected to go down to 191 seats, fewer than the 209 it won under Neil Kinnock in 1987.

Early on in the night, news broke that a recount was being held in the former mining constituency and Labour stronghold of Blyth Valley, where veteran Labour MP Ronnie Campbell stood down before this election. The recount found that Conservative candidate Ian Levy had won the seat — which has returned Labour MPs since 1950 — with a slim majority of 712.

The shock result set the mood of the rest of the evening, which was dominated by anger and remorse from Labour politicians and triumphant satisfaction from their Tory counterparts.

Gareth Snell, Labour’s candidate for Stoke-on-Trent Central, said the predicted results were “disastrous” and that he expected to lose his seat. He said the blame lay firmly at the door of “the national [Labour] party’s campaign” and that both Jeremy Corbyn and John McDonnell had to step down.

By midnight Labour had regained a handful of its northern seats including Houghton and Sunderland South and Newcastle upon Tyne Central, but with reduced majorities.

Speaking on the BBC after the poll was announced, Home Secretary Priti Patel said that if the poll proved correct: “We will move absolutely to get on and do the job with a functioning majority.”

Patel said: “Getting Brexit done is the priority. The deal is there, it’s good to go.”

Labour’s shadow International Trade Secretary Barry Gardiner said it was a “deeply depressing prediction” and appeared to concede defeat. “I do believe that for many people we were offering what they needed and wanted. Brexit rather overlaid all of that. The Conservative manifesto simply focused on Brexit,” he said on Sky.

Shadow Chancellor John McDonnell admitted on the BBC that “Brexit has dominated.”

The exit poll’s findings are based on 20,000 interviews outside 144 polling stations with people who have just cast their vote. It tends to give a fairly accurate indication of the result. In 2017, it correctly forecast that the Conservatives would lose their majority. In 2015 it found that the Tories would be the largest party — though failing to predict their majority — and in 2010 it pointed to a hung parliament.

The Conservatives lost their majority under Theresa May’s leadership in the 2017 election and continued in office only with the support of Northern Ireland’s Democratic Unionist Party.