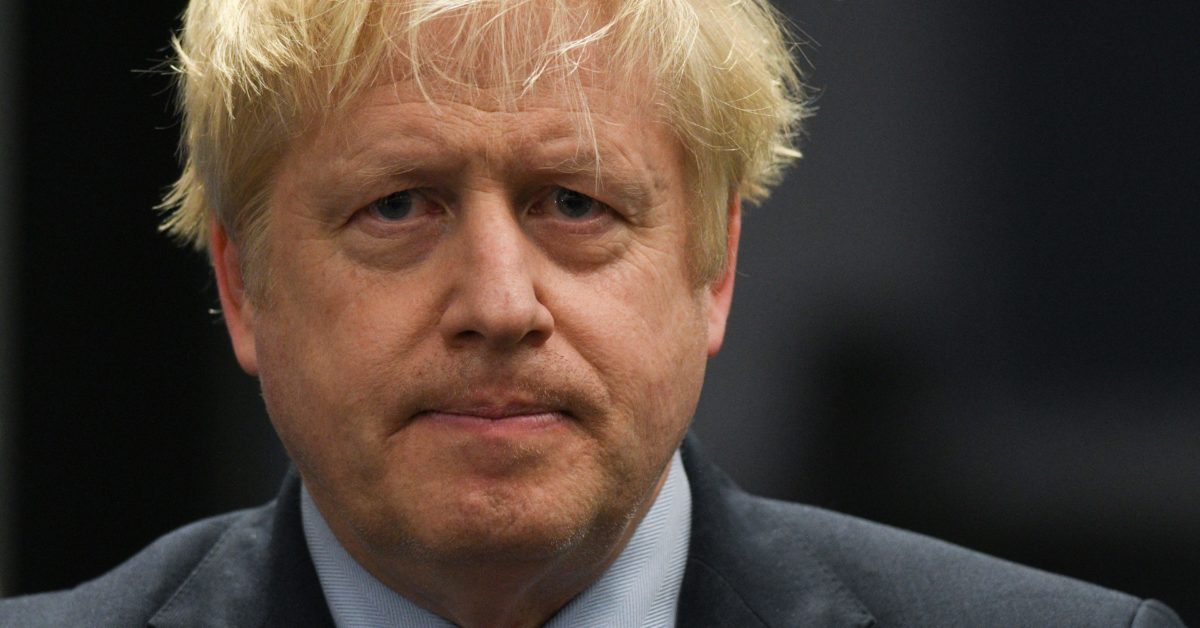 The Conservatives have won their first sizable majority in decades, having taken dozens of seats from Labour, many that had been held by the party for decades.

A decisive majority empowers Johnson to press ahead with pushing through the Brexit deal he agreed with the EU back in October. He has vowed that the U.K. will leave the bloc on January 31 and negotiate a trade agreement before the end of a transitional period on 31 December 2020.

“This one-nation Conservative government has been given a powerful new mandate to get Brexit done – and not just to get Brexit done, but to unite this country and to take it forward,” said Johnson after the result of his own seat in west London was announced.

Opposition leader Jeremy Corbyn said he would not lead the Labour party into another election, but declined to stand down immediately. “This is obviously a very disappointing night,” he conceded.

He blamed Brexit, saying Labour’s policies to tackle inequality were “hugely popular during the campaign.” He said he would lead a process of “reflection” for the party, although several Labour figures called on him to step down immediately.

Liberal Democrat leader Jo Swinson narrowly lost her seat to the Scottish National Party in a bad night for the centrist pro-EU party. “For millions of people in our country, these results will be bring dread and dismay and people are looking for hope,” she said in her concession speech.

The Conservatives’ impending victory became clear as soon as voting had closed and the exit poll dropped at 10 p.m.

Faced with the initial forecast of a thumping 86-seat Tory majority — the biggest one since Margaret Thatcher’s third election victory in 1987 — Labour politicians were quick to concede defeat.

“Brexit has dominated this election,” Shadow Chancellor John McDonnell said on the BBC a few minutes after 10 p.m.

But most Labour candidates who spoke out didn’t think the problem had been Brexit — they blamed Jeremy Corbyn.

“I guess we forgot to tell the voters that Corbyn is out biggest electoral asset,” a Labour candidate remarked acidly. Far from an asset, candidates have quietly warned for weeks that Corbyn is a major liability on the doorstep. Poll after poll has found that his rock-bottom personal approval ratings make him the most unpopular opposition leader in decades.

Any lingering doubts about the exit poll forecast were dispelled early on, when news broke that a recount was being held in the Labour stronghold of Blyth Valley. The former mining seat had been represented by veteran Labour MP and Brexiteer Ronnie Campbell, who stood down at this election.

The “giddy disbelief” in the Conservative campaign headquarters turned to celebration as the Blyth result was announced, according to a Tory adviser. Conservatives thought they had run a good campaign, the adviser said, but didn’t accept the result until the Labour-held seat swung Tory.

It was a sign of what was to come. Within the first four hours of the nationwide count, Labour had lost a string of key seats — Workington, Darlington, Wrexham and Peterborough — to the Conservatives.

Before 3 a.m., news came in that in Wales, Clwyd South — a seat Johnson fought and lost himself as a fresh-faced politician in 1997 — had fallen to the Tories.

It was clear by then that Johnson had pulled off what a succession of Conservative leaders since Margaret Thatcher had failed to do: winning a resounding parliamentary majority. And he did it by achieving what his predecessor Theresa May had tried and failed to do: break Labour’s hold on its former industrial heartlands in the north.

The result, which redraws the U.K.’s electoral map, is a vindication for Johnson, his strategists and the Conservative MPs who backed him in the party’s leadership contest over the summer on the basis that he can win elections.

Where they weren’t losing, Labour MPs across the country were reelected with massively reduced majorities. Labour party chairman Ian Lavery narrowly escaped and was reelected in Wansbeck with a majority of just 814 — down from more than 10,000. Big hitters such as former Labour leader Ed Miliband and one-time leadership contender Yvette Cooper were returned with slim majorities.

Meanwhile, key marginals that Labour had hoped to win — such as Nuneaton and Swindon South — were returning comfortable Tory majorities.

The only bright spot for Labour was in a sprinkling of Remain-voting parts of London and the south-east. The party won Putney from the Conservatives and retained Canterbury after a recount — but lost Kensington by just 150 votes.

As Corbyn made his concession speech in Islington North, news broke that his party had lost Sedgefield, which Tony Blair won with a 25,000 majority when he led Labour to a landslide victory in 1997. The party also lost West Bromwich East, former deputy leader Tom Watson’s old seat.

Perhaps the most startling upset was in Leigh, formerly held by Greater Manchester mayor and two-time Labour leadership contender Andy Burnham. It was 132nd on the Tory target list, and the incumbent MP Jo Platt had a majority of nearly 10,000.

In Bassetlaw, formerly represented by John Mann who is now a peer, there was a record swing of 18 percent from Labour to the Tories.

Johnson is expected to christen his new government with a minor reshuffle aimed at replacing departing Cabinet ministers such as the Culture Secretary Nicky Morgan. Next week, he is set to bring forward a Queen’s speech and the first stage of his legislation to ratify his Brexit deal.

MPs will disperse for their Christmas break after that, before returning in the new year to go through the remaining stages of the Brexit legislation by the end of January.

It is now a near certainty that both the U.K. and EU will therefore ratify the Brexit deal by the end of next month, opening the door for negotiations on a new free trade agreement. European Council President Charles Michel said the EU27 were ready for the negotiations to come over a trade deal. “We are ready for the next steps. We will see if it is possible for the British parliament to accept the Withdrawal Agreement, and to take a decision,” he told reporters at the EU leaders gathering Brussels.

The only dark spot for the Conservatives is in Scotland, where the party looks likely to lose most of its 13 MPs in an excellent night for the Scottish National Party.

This, combined with the fact that Johnson’s Brexit deal is set to lead to checks on goods crossing the Irish sea, suggests that the coming years are likely to put a considerable strain on the union between England, Scotland, Wales and Northern Ireland.