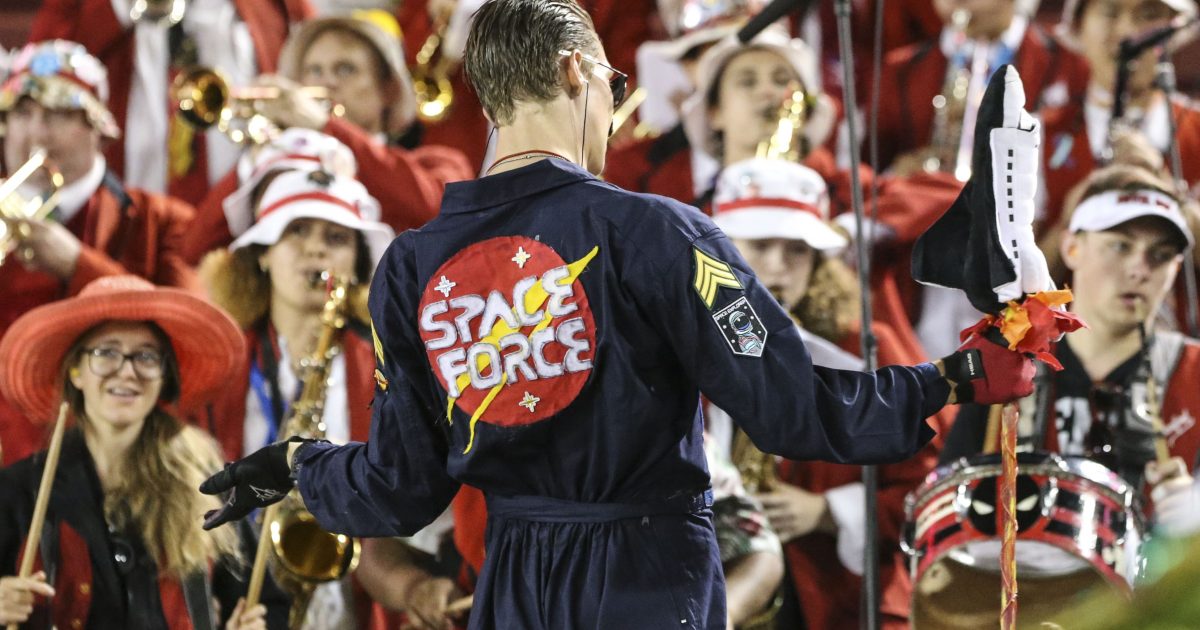 A cosmic adventure squad and lots of new military spending got approved by the U.S. House of Representatives yesterday, while lawmakers rejected a host of measures meant to reign in endless war.

The bill, which passed the House 377–48, greenlights some $738 billion for Defense Department activities, military construction, and Department of Energy national security programs in 2020. It also lays out new policies regarding everything from “the establishment of the Space Force within the Air Force” to military personnel benefits, “election matters,” sanctions for “foreign traffickers of illicit synthetic opioids,” and more.

Amash explained on Twitter that he voted no because the bill “allows indefinite detention of Americans without charge/trial, reauthorizes intelligence agencies without reforms to protect Americans’ rights, violates the original budget caps, and makes no reforms to rein in unsustainable spending.”

He went on to slam colleagues who applaud when people say they want to stop our endless wars but then continue to vote to fund them.

My friend @RepRoKhanna is right: it is Orwellian for Congress to hand over billions of dollars worth of weapons and bombs to a president waging a horrific, unconstitutional war in Yemen—and call that progressive. pic.twitter.com/6SUmUUhv3q

Democrats are applauding the bill because it expands paid parental leave for some federal workers and ups reimbursement fees for military spouses who need new occupational licenses when they move.

Wow! All of our priorities have made it into the final NDAA: Pay Raise for our Troops, Rebuilding our Military, Paid Parental Leave, Border Security, and Space Force! Congress – don’t delay this anymore! I will sign this historic defense legislation immediately!

Wednesday’s Roundup described a New York Times report that President Donald Trump was going to declare Judaism a nationality. But a draft of the order out yesterday morning proved the Times got some things wrong. While the draft executive order does deal with Judaism and Title VI of Civil Rights Act, it does not define Judaism as a race or nationality. Rather, it clarifies that “discrimination against Jews may give rise to a Title VI violation when the discrimination is based on an individual’s race, color, or national origin”—i.e., that anti-Jewish discrimination is not always rooted in religion. Slate has more details.

The president has tweeted or retweeted others more than 50 times in the last hour.

The Afghanistan War has been a gravy train for military contractors, corrupt politicians & warlords. My new bill will call for a congressional investigation. It’s time for accountability. As president, I commit to immediately bring our troops home, complete within a few months. pic.twitter.com/Uw17qukWqO