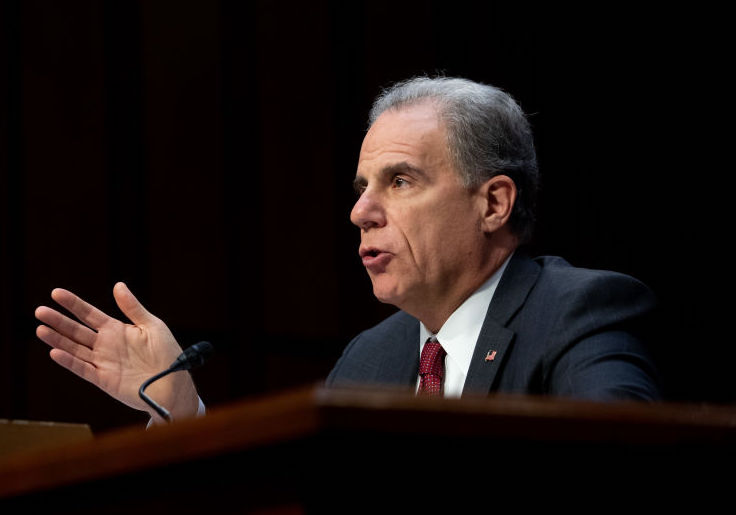 Justice Department inspector general Michael Horowitz said Wednesday that his report does not vindicate anyone who signed off on the FISA application to surveil Trump campaign aide Carter Page, including former FBI director James Comey.

“I think the activities we found here don’t vindicate anybody who touched this,” Horowitz said during testimony before the Senate Judiciary committee.

Comey’s public claim of vindication drew the attention of Sen. Lindsey Graham (R., S.C.), who asked Horowitz about it during the Committee’s widely televised hearing. When Horowitz said there was no such vindication, noting “significant problems” with the FBI’s actions, Graham concurred.

“When Comey speaks about FISA, you shouldn’t listen,” Graham said.

During his testimony, Horowitz said he could not rule out whether there was bias in the FBI’s FISA application to surveil former Trump campaign adviser Carter Page. He also revealed there were “fundamental errors” in the FBI’s Trump-Russia probe.

Graham went on to ask Horowitz for his reaction to Comey’s 2018 statement to a reporter that he was confident in the FBI’s handling of the FISA application process.

“I have total confidence that the FISA process was followed and that the entire case was handled in a thoughtful responsible way by DOJ and the FBI,” Comey said. “I think the notion that FISA was abused here is nonsense.”

Horowitz signaled he took issue with Comey’s 2018 claim as well.

“Our findings were that there were significant problems,” Horowitz said.

Horowitz’s report, published Monday, did not find evidence of political bias in the origins of the investigation into the Trump campaign, but it did lay out “17 significant errors or omissions” in the application to monitor Carter Page, a foreign policy adviser to the Trump campaign, under the Foreign Intelligence Surveillance Act.