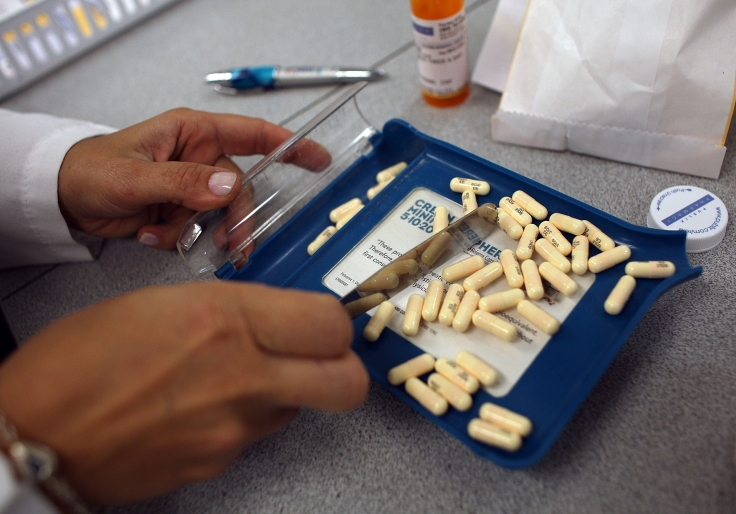 Maine Democrat Sara Gideon decried the influence that pharmaceutical and health care companies have over politicians in a campaign ad, but failed to mention the thousands of dollars she’s raked in from the industry.

Though Gideon pledged in a new ad to “be a senator who works for you, not the drug companies,” her state leadership PAC has accepted thousands from pharmaceutical giants such as Pfizer, AstraZeneca, Merck, Eli Lilly, and PhRMA. In total, Gideon, the speaker of the Maine state house, has accepted at least $28,750 from the health care industry since 2014, according to Maine Ethics Commission filings.

Gideon’s ad takes aim at the pharmaceutical companies’ extensive lobbying efforts, saying the industry spent $280 million in 2018 “to make sure you pay more for your medicine.” Among the largest contributors to Gideon’s state PAC was PhRMA, an association of leading pharmaceutical companies that spent $27.5 million on lobbying activities in 2018, according to federal disclosures. The association has given $4,250 to Gideon since 2014. She has also accepted at least $9,800 from top health insurance providers, including Aetna, Cigna, and Anthem.

Gideon, who is seeking to unseat incumbent Sen. Susan Collins (R., Maine), did not return a request for comment.

Betsy Sweet, a Democrat running against Gideon in the Senate primary, said that lucrative corporate ties have influenced Gideon’s position on health care reform. She linked the donations to Gideon’s resistance to a government-run health care system.

“I am not beholden to any corporate donor and that is why I can also say that keeping a for-profit industry involved in any way in the health care of Mainers and American people simply doesn’t work,” Sweet told the Washington Free Beacon. “Voters are smart enough to connect the dots between campaign donations and candidate policy and I’m glad voters have several choices in this race.”

Sweet said she has refused to accept money from the pharmaceutical industry in her race against Gideon, who enjoys the support of Democrat heavyweights, including the national party, NARAL, and the pro-abortion EMILY’s List.

“Pharmaceutical companies have made it their practice to donate heavily to politicians on both sides of the aisle, at all levels of government to ensure that their record profits stay in place,” Sweet said. “I have not taken any donations from pharmaceutical companies and never will, nor will I put a company’s profit over people’s health.”

This is not the first time Gideon’s PAC and its corporate contributors have proved to be a political liability.

The Free Beacon reported in August that Gideon had illegally used her state campaign PAC to reimburse herself for federal political contributions made in her name. Federal law prohibits individuals from making contributions in the name of another person or entity and the Maine Ethics Commission ruled in October that Gideon broke the law.

The Democratic Senatorial Campaign Committee endorsed Gideon over Sweet in June, claiming Gideon will “build on her impressive record to bring down health care costs” and “always answer to her constituents.” A former gubernatorial candidate, Sweet is backed by Justice Democrats, the same far-left group that backed Reps. Alexandria Ocasio-Cortez (D., N.Y.) and Ilhan Omar (D., Minn.) in 2018.

Gideon’s primary opponents criticized national Democrats following the DSCC’s endorsement, which came less than 24 hours after Gideon announced her candidacy. Fellow candidate Bre Kidman accused Gideon of being “bought and paid for” by the Democratic establishment, pointing to the corporate donations funneled into Gideon’s PAC.