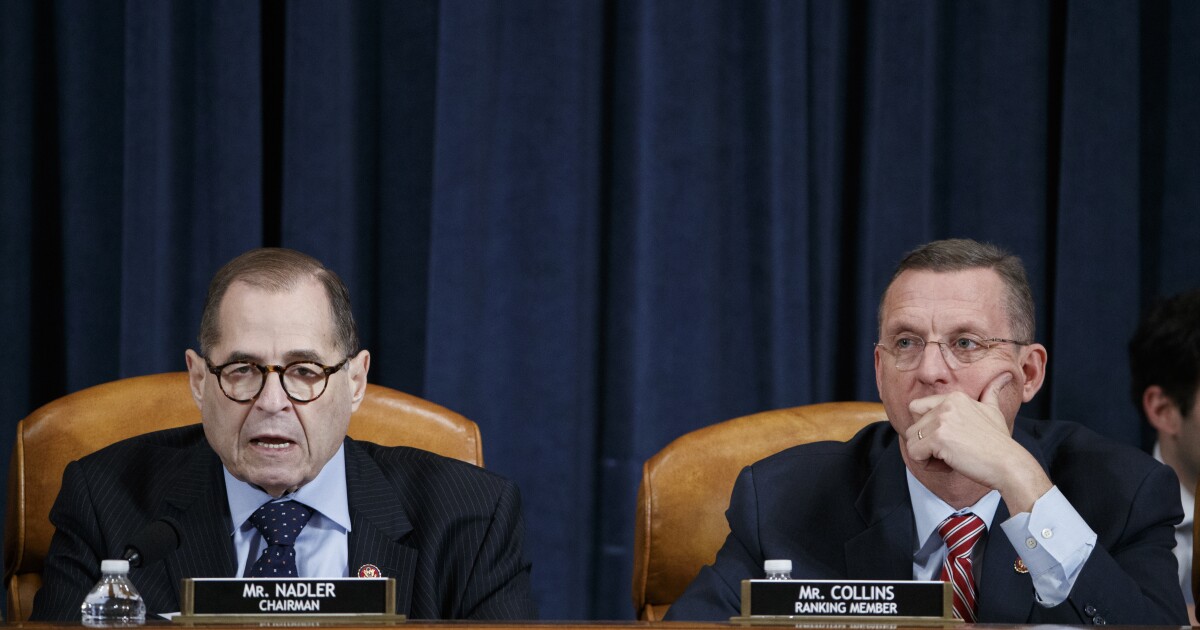 The House Judiciary Committee on Wednesday began its long slog of a session to finalize articles of impeachment against President Trump, a procedurally complex process that will probably continue through much of Thursday or even longer.

The panel is expected to approve two articles of impeachment — one for abuse of power, the other for obstruction of congressional investigations. After that, the Democratic-controlled House is expected to vote next week to make Trump the third president in U.S. history to be impeached.

The Senate would conduct a trial early in the new year. It’s unlikely that the Republican-controlled Senate will vote to remove Trump from office.

As the committee opened its session on Wednesday evening, its top Democrat and Republican traded arguments that have now become familiar both to members of Congress and, probably, many of their constituents who have followed the process over the last three months.

“If our elections are corrupt, everything is corrupt,” he said.

One of the investigations sought by Trump would have focused on a debunked conspiracy theory about Ukraine meddling in the 2016 election, and the other would have targeted former Vice President Joe Biden, a potential Democratic opponent of Trump in the 2020 election.

Rep. Doug Collins (R-Ga.), the ranking member on the panel, said Democrats were merely pursuing a “three-year vendetta against someone they couldn’t beat.”

All 41 members of the committee were allowed to deliver opening statements, as the hearing continued into the night. Democrats focused their comments on dire warnings about Trump inviting foreign governments to meddle in U.S. politics, undermining citizens’ faith in elections.

Republicans targeted the impeachment process itself, rather than claim Trump’s actions were blameless. They said Democrats have been out to get Trump from the start, and they accused them of trying to railroad the president.

Rep. Steve Chabot (R-Ohio) called it the most “tragic mockery of justice in the history of this nation.”

When the panel reconvenes on Thursday morning, it is scheduled to begin the process of considering any amendments to the articles of impeachment that Democrats put forward earlier this week.