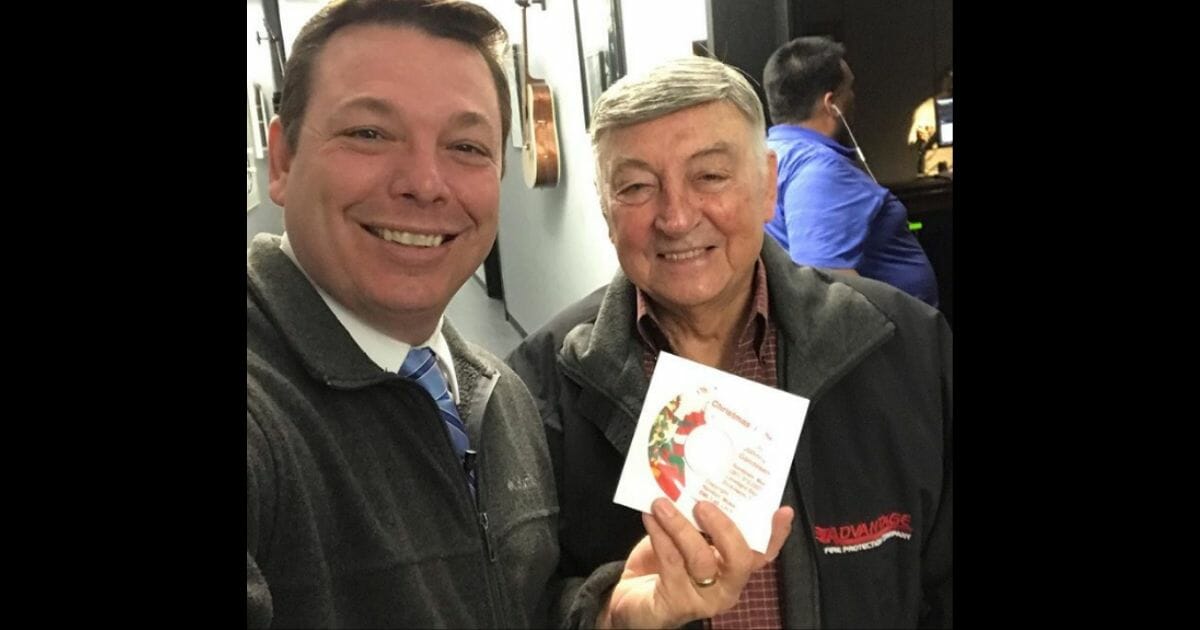 Many families have special traditions that they’ve developed over the years, especially during the Christmas season. Certain foods must be made, certain activities must be participated in and certain songs must be sung or it just doesn’t feel like Christmas.

For one family, the tradition is a song written by a family member, inspired by other family members. Johnny Gondesen of Cypress, Texas, wrote a song titled “Christmas Is Here” in 1965.

He was inspired by his own children who, when they spotted Christmas trees while out and about during the holiday season, would say “ho ho ho.”

Gondesen, who was part of a country western band and played the guitar, knew he could turn that short phrase into so much more.

“We’d drive to Houston for Christmas shopping, and there were tree lots along the Gulf Freeway” he said, according to KTRK-TV. “The kids would cry ‘ho-ho-ho’ when they saw the Christmas trees. I said, ‘Ho-ho-ho. What can I do with that?’”

So he wrote a song, and it became a family staple.

“We grew up on that song,” explained Gondesen’s son, Johnny Jr.

Many who’ve heard the tune have found it irresistibly cheery, and Gondesen reveled in the joy it brought to others. He eventually had the song recorded and turned into records, which he would hand out.

“I would ask people if they had young children,” he said. “They told me their kids loved it.”

“It’s a song that makes children happy, reminds us of a simpler time, about the joy of the season. I want them to experience that.”

“It isn’t like something you hear nowadays,” he added in an interview with CNN. “It’s got the sound of that age to it.”

Johnny Jr. said that he thinks it should be more widely available. “Why not when I flip on Spotify and hit my Christmas playlist, why not have his song come up right next to Bing Crosby?”

“I think Dad’s song can be a staple,” he added. “There’s something innocent about that song — it reminds you of when you were a child.”

Gondesen is now a great-grandfather, but he still plays the song and would love more people to experience the joy of Christmas and childhood through the song he wrote back in ’65. His family is working to make that dream a reality.

Finally, decades after penning the nostalgic song, Gondesen got to hear it on the radio.

But that’s just one step in his master plan: He wants the song to go farther.

“My goal is to get the song all over the world,” he told CNN. “I would like all the children, especially at Christmastime, to be able to hear it and learn how to sing it.”

Give it a listen, and see if you would be interested in adding it to your Christmas music lineup. But beware — it’s downright catchy!