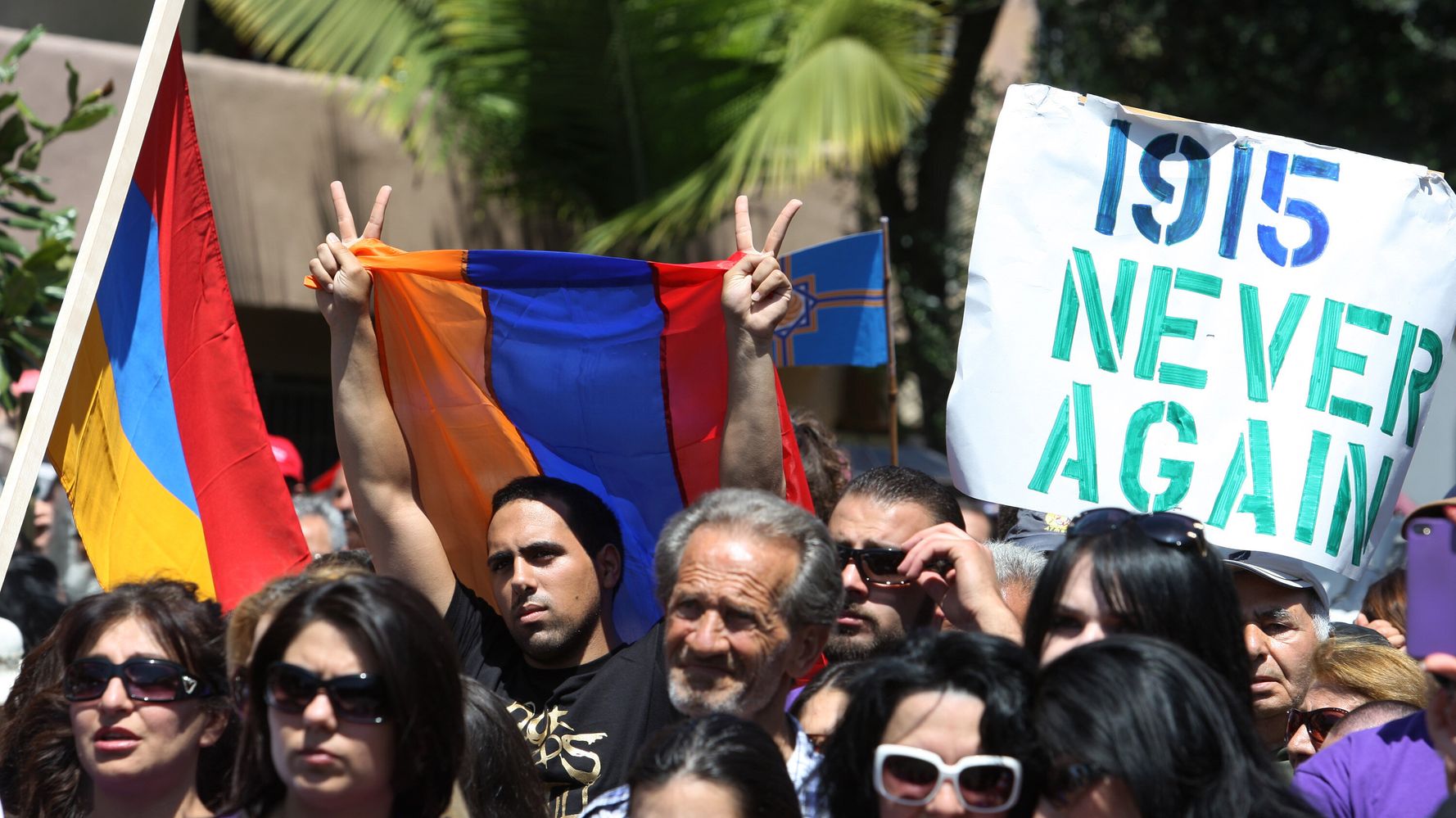 The Senate unanimously voted Thursday to pass a resolution recognizing the Armenian genocide for the first time, striking a historic blow against Turkey’s century-long effort to deny that the mass murder and displacement ever happened.

This was the fourth attempt by Sens. Bob Menendez (D-N.J.) and Ted Cruz (R-Texas) to pass their Armenian Genocide Resolution officially rejecting Turkey’s denial of the Ottoman Empire’s 1915 genocide against 1.5 million Christian Armenians, as well as Greeks, Assyrians, Chaldeans, Syriacs, Arameans and Maronites. Previous attempts to pass the resolution were blocked by Republican senators at the request of the White House.

Today, by passing my #ArmenianGenocide resolution, the Senate finally stood up to confirm history: What happened in Armenia was – most assuredly – genocide.

There is no other word for it.

There is no euphemism.

There is no avoiding it. pic.twitter.com/Kna92CZDcV

The resolution also establishes, as a matter of U.S. policy, support for education about the genocide in order to prevent such massacres from happening again.

“By passing my Armenian Genocide resolution, the Senate finally stood up to confirm history: What happened from 1915 to 1923 was ― most assuredly ― genocide. There is no other word for it. There is no euphemism. There is no avoiding it,” Menendez said. “To overlook human suffering is not who we are as a people. It is not what we stand for as a nation. We are better than that, and our foreign policy should always reflect this.”

The House passed an identical resolution in October, 405-11, recognizing and condemning the genocide. The House and Senate’s vote to pass the resolutions result in the U.S. government’s official recognition of the Armenian genocide and do not require Trump’s signature.

The resolution has been strongly criticized by Turkey, who for dozens of years has pressured the U.S. to avoid calling the event a genocide, despite most historians using the term.

#US Senate Resolution is nothing more than a political show. It is not legally binding and it has no validity whatsoever. Those who want to exploit history for political ends are cowards unwilling to face the truth.

The “US Senate Resolution is nothing more than a political show. It is not legally binding and it has no validity whatsoever,” tweeted Mevlüt Çavuşoğlu, Turkey’s minister of foreign affairs. “Those who want to exploit history for political ends are cowards unwilling to face the truth.”

The Armenian National Committee of America applauded the Senate’s vote in rejecting what the group called “Ankara’s gag-rule against honest American remembrance of the Armenian Genocide.”

“Today’s unanimous Senate action shines a spotlight on the President, who continues ― against all reason ― to enforce [Turkish President Recept Tayyip] Erdoğan’s veto against honest American remembrance of Turkey’s extermination and exile of millions of Christians,” ANCA Executive Director Aram Hamparian said in a statement. “It’s time for the Executive Branch to join Congress in ending any and all American complicity in Ankara’s lies.

“Together, the President and Congress should put in place a sustained and pro-active policy that rejects Turkey’s lies, challenges Ankara’s obstruction of justice, and works with Armenian and Turkish stakeholders toward the international reparations and other remedies required of this crime.”

When the Senate last tried to pass the resolution on Nov. 13, Sen. Linsdey Graham (R-S.C.) was responsible for blocking it, telling Axios that he cast the vote due to orders from the White House. Graham received backlash for his vote, though he said the only reason he blocked the resolution is because Erdoğan was in town, and it would have jeopardized the U.S.-Turkey relationship.

But when Menendez and Cruz introduced the same resolution again, it was blocked this time by another Trump ally: Sen. David Perdue (R-Ga.), who also said the White House asked him to not vote on the resolution.

The passage on Thursday came a day after the Foreign Relations Committee voted to advance a bill sanctioning Turkey, a NATO ally, for an incursion into northern Syria, as well as the purchase of a Russian-made missile system. Lawmakers were upset by Turkey’s military offensive after Trump abruptly withdrew U.S. troops from Kurdish-held northern Syria in October.

Press Release Regarding the Passage by the U.S. Senate’s Foreign Relations Committee of Draft Bill S. 2641 Aiming to Impose Sanctions on Turkey pic.twitter.com/IVZ1Mzb5fx

“The reasons why the U.S. Senate’s Foreign Relations Committee passed a draft bill aiming to impose sanctions against our country under the pretext of Operation Peace Spring and the S-400 system are obvious,” the Turkish Embassy tweeted in response to the sanctions bill. “It is the deep resentment felt by some circles after the heavy blow we dealt to the project which was being meticulously planned for a long time.”