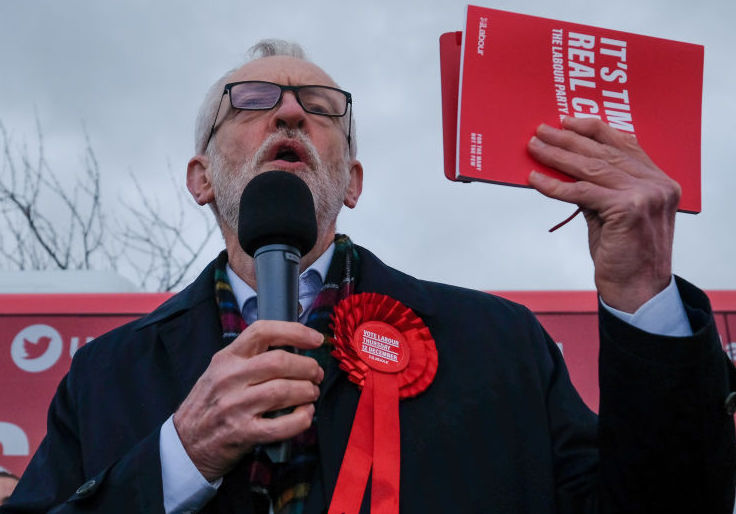 Rep. Alexandria Ocasio-Cortez (D., N.Y.) on Thursday tweeted her support for Labour Party leader Jeremy Corbyn, a socialist running to become the next prime minister of the United Kingdom.

“The hoarding of wealth by the few is coming at the cost of peoples’ lives,” Ocasio-Cortez said in a tweet. “The only way we change is with a massive surge of *new* votes at the polls. U.K., Vote!”

This video is about the UK, but it might as well have been produced about the United States.

The hoarding of wealth by the few is coming at the cost of peoples’ lives.

The only way we change is with a massive surge of *new* voters at the polls. UK, Vote!pic.twitter.com/N5JYaVGCBs

Ocasio-Cortez’s statement came as British citizens went to the polls in a critical election likely to decide the fate of Brexit. Britain voted in 2016 to leave the European Union, but the parliament has delayed the move as the government continues to negotiate a deal with the EU.

Corbyn is the leading rival against Prime Minister Boris Johnson, a Conservative who assumed office in the wake of former prime minister Theresa May’s failure to reach a Brexit deal. A committed socialist, Corbyn has been widely criticized for his anti-Semitic remarks, while mounting scandals in the Labour Party led a former member to label it “institutionally anti-Semitic.”

The video in Ocasio-Cortez’s tweet, originally shared by Corbyn, attacks corporate tax cuts and focuses on issues of poverty. Ocasio-Cortez argued the video shows the resemblance between politics in the U.K. and the United States.

“This video is about the U.K., but it might as well have been produced about the United States,” she said in her tweet.

The video ends by stating, “The Conservatives have been in power for 10 years. We can’t survive another 5.”