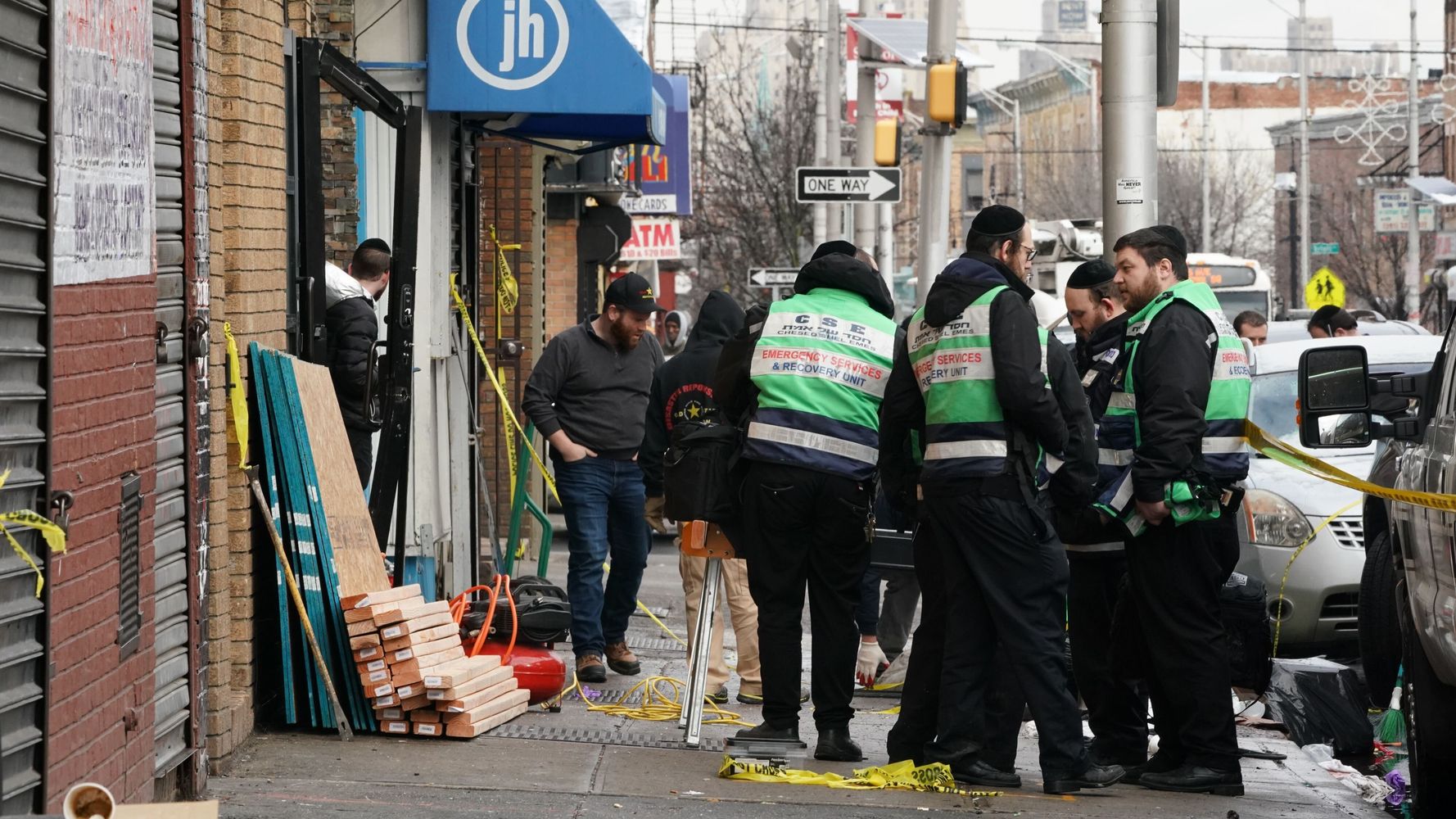 The four victims included a veteran police officer and three bystanders. The two shooters were also killed, according to police.

The shooting began near a cemetery, where the officer was killed, and then moved to a kosher supermarket about a mile away, said Jersey City’s police chief, Michael Kelly.

The attack appears to have deeply impacted a group of Hasidic Jewish families who recently relocated to Jersey City from Brooklyn, New York, in response to rising real estate prices in their previous neighborhood.

“We are not safe in the New York Metropolitan area,” Rabbi David Niederman, executive director of the United Jewish Organizations of Williamsburg and North Brooklyn, which serves Brooklyn’s Hasidic Jewish groups, said Wednesday during a news conference.

This tragically confirms that a growing pattern of violent anti-Semitism has now turned into a crisis for our nation. And now this threat has reached the doorstep of New York City.

Jersey City Mayor Steven Fulop said surveillance footage shows the gunmen driving slowly through the city’s streets, stopping outside the kosher grocery store and opening fire. City officials have stopped short of characterizing the shooting as an anti-Semitic attack, but Fulop tweeted Wednesday that “hate and anti-semitism” will never have a place in his town.

I’m Jewish and proud to live in a community like #JerseyCity that has always welcomed everyone. It is the home of #EllisIsland and has always been the golden door to America. Hate and anti-semitism have never had a place here in JC and will never have a place in our city,

These are the victims who have been confirmed so far. This list will be updated as more information emerges.

Seals joined the Jersey City Police Department in 2006 and was a father of five, NBC New York reports.

Kelly said Seals played a crucial role in a unit that sought to remove guns from Jersey City’s streets. Fulop called Seals “one of the best officers for getting the most guns off the streets. He was a good cop.”

Mindel Ferencz, 33, and her husband owned JC Kosher Supermarket, the small kosher grocery store targeted in the attack. Niederman, the rabbi from UJO, said Wednesday that the kosher market ensured that Hasidic community members in the area could shop locally and feed their children.

Ferencz was “pioneer,” Niederman said, because her family was the first from the Brooklyn community to resettle in Jersey City.

“They did not do it for themselves, but to pave the way for a new community that lives harmoniously with their neighbors,” Niederman said in a statement.

The rabbi described Ferencz as a caring and nurturing mother of three.

“A life of selflessness and dedication to others, full of love, was cut short by vicious hate-filled murders,” the rabbi said.

Niederman identified another victim as Moshe Deutsch, a 24-year-old student at a Jewish Yeshiva, or religious school. Deutsch was the son of one of UJO’s board members, Abe Deutsch. The father and son worked together to organize Passover food drives that distributed food to thousands in the community, Niederman said.

“He was extremely kind and generous, and was the go-to person when his peers needed help,” the rabbi said about Moshe Deutsch.

This is a developing story. Please check back for updates.