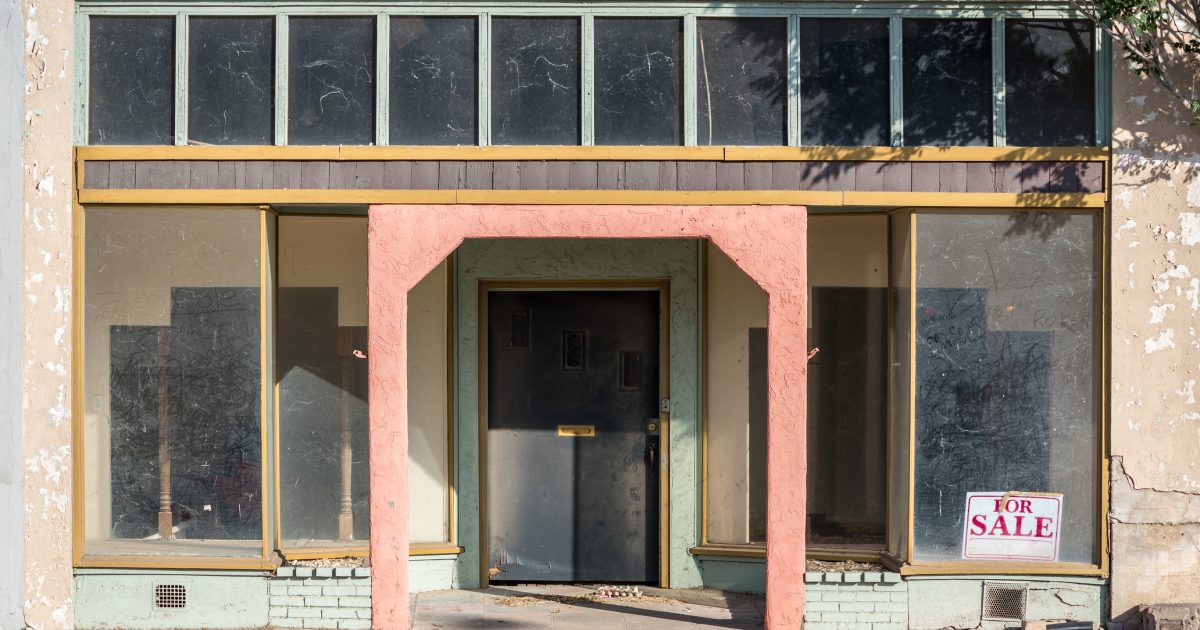 If you tax something, you generally get less of it. That logic undergirds a San Francisco ballot measure that would tax vacant storefronts in hopes of filling them with thriving retail businesses.

Supporters of the idea argue that the city is facing an epidemic of unused commercial space, caused in part by speculating landlords keeping empty units in the hopes of securing higher-paying tenants. Taxing vacant properties would encourage these landlords to get off the sidelines and give business tenants a chance, the thinking goes.

A vacancy tax would encourage “bad actor landlords to get off their duffs” and lease out their properties, said Aaron Peskin, a member of the city’s Board of Supervisors and the author of the proposed vacancy tax, according to the San Francisco Examiner.

Peskin has been pushing versions of the vacancy tax since January. In late November, the Board of Supervisors voted unanimously to place it on the March 2020 ballot.

If approved by voters, it would go into effect January 2021.

The tax would apply to the non-residential properties in the city’s neighborhood commercial districts that remain vacant for over 182 non-consecutive days in a given year.

The tax will bring in very little money. The city’s controller estimated it would generate at most $5 million, and that was when the proposed tax rate was a flat $1,000 per linear foot for all vacant storefronts.

This is of little concern to Peskin, who told the San Francisco Chronicle back in January that the idea of slapping fees on vacant storefronts is not “meant to be a revenue generator. It’s meant to be a behavior changer.”

To avoid penalizing landlords or lessees for circumstances outside their control, Peskin’s legislation includes exemptions for buildings that are empty as a result of construction or due to damage by natural disasters or fires. There is also a one-year exemption for empty stores that are waiting on building permits from the city.

That the latter carveout is necessary should suggest that there’s more to San Francisco’s vacancy rate than landlords refusing to rent out their space. The amount of time businesses spend waiting for city permits, not to mention the number of permits businesses need to get, is a significant factor in why so many storefronts in the city are empty.

That was the case made by Hans Hansson, a managing principal of Starboard Commercial Real Estate, in an April opinion piece for the San Francisco Business Times.

“The majority of the building owners, and certainly retail brokers like myself, all are aggressively trying to fill these vacant spaces,” wrote Hansson. “In almost all cases, the rent is not the stumbling block; it’s the high cost of starting the business, strict government regulations, and the risk of ultimate success.”

Hansson points to city regulations and, in particular, zoning laws that require additional approvals for chain businesses with over 12 locations from setting up shop in parts of the city, as making retail space harder to lease out.

These same factors were cited in a 2018 “State of the Retail Sector” report prepared for the city government, which called out the time it took to secure permits from city agencies as a strain on the retail sector, writing that “brokers, developers, and business assistance providers cited examples of permitting processes that took six to nine months, sometimes resulting in the applicant going bankrupt before they could open.”

The process can take even longer if NIMBY (“not in my backyard”) neighbors ask the city’s Planning Commission to use their discretionary powers to review permit applications, which can stretch things out for months. The commission also has the power to deny permits, even if they comply with all city regulations.

In one recent case covered by Reason, a falafel business trying to set up shop in a vacant storefront in the city’s Castro District was prevented from opening for months by a discretionary review initiated by a competing restaurant.

That report also pointed to the specificity of San Francisco’s zoning code as reducing the flexibility of retail businesses to adapt to changing economic circumstances, say by co-locating multiple businesses in a single location, or adding food and drink service to attract customers otherwise lost to online shopping.

In another story covered by Reason, one business owner spent over 18 months trying to get city permission to convert an arcade repair shop he owned into a simple arcade that serves food and drink.

In addition to all the ways the planning process stymies business formation, there’s also the city’s high minimum wage, paid sick and parental leave laws, and other labor regulations that, whatever their merit, raise the costs for retail business owners operating on slim margins.

Rather than trying to combat retail vacancy rates by rolling back some of the red tape that makes starting a business difficult, San Francisco politicians are doubling down on their tax-and-regulate approach.