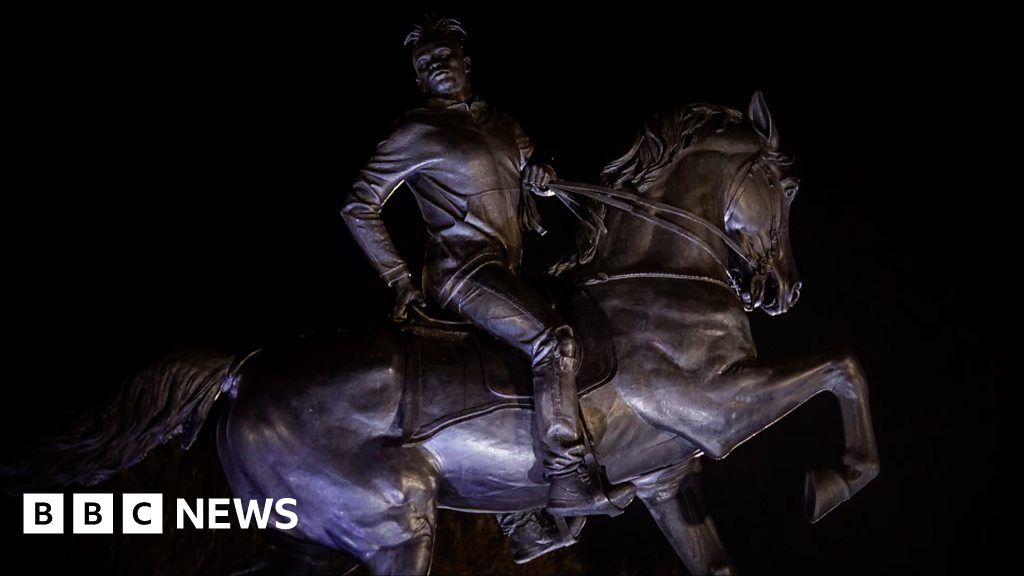 The sculpture of an African American man riding a horse was unveiled in Richmond, Virginia.

Kehinde Wiley’s bronze statue entitled Rumors of War is a direct response to the controversial Confederate statues that line Monument Avenue just a few blocks away.

Wiley is known for painting the presidential portrait of Barack Obama.