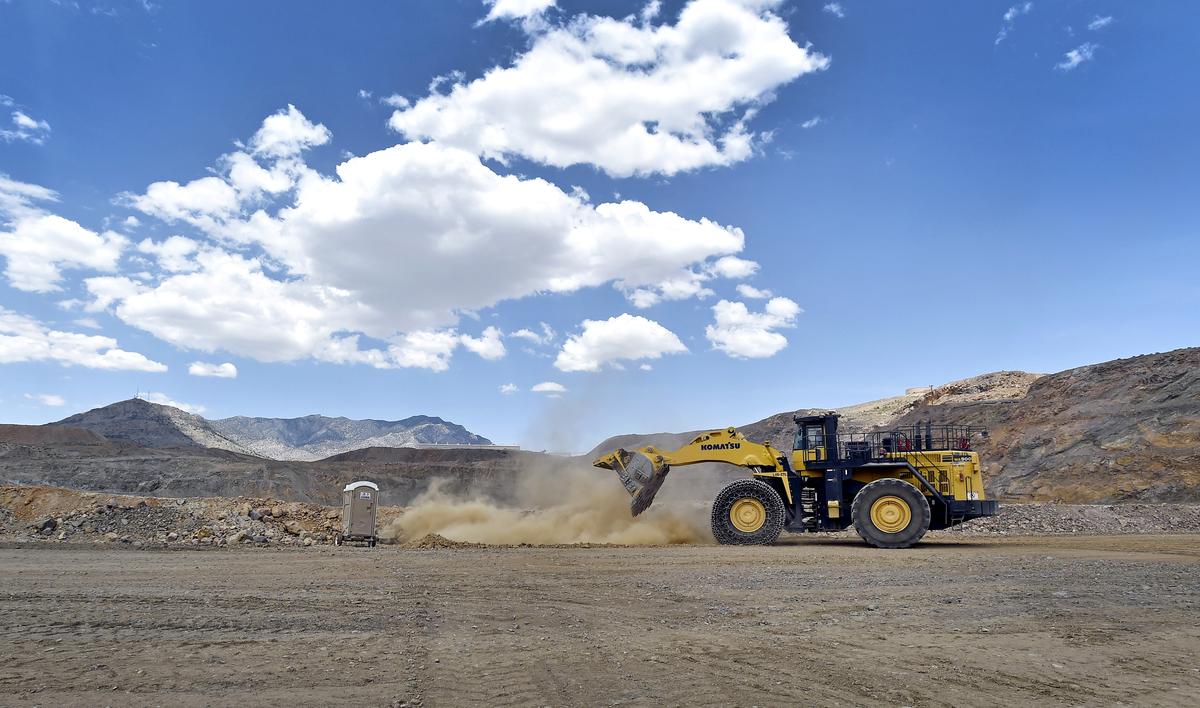 (Reuters) – The U.S. Army plans to fund construction of rare earths processing facilities, part of an urgent push by Washington to secure domestic supply of the minerals used to make military weapons and electronics, according to a government document seen by Reuters.

FILE PHOTO: A front-end loader is used to reinforce a safety berm inside the open pit at a rare earth facility in California June 29, 2015. REUTERS/David Becker/File Photo

It comes after President Donald Trump earlier this year ordered the military to update its supply chain for the niche materials, warning that reliance on other nations for the strategic minerals could hamper U.S. defenses.

China, which refines most of the world’s rare earths, has threatened to stop exporting the specialized minerals to the United States, using its monopoly as a cudgel in the ongoing trade spat between the world’s two largest economies.

“The U.S. rare earths industry needs big help to compete against the Chinese,” said Jim McKenzie, chief executive officer of UCore Rare Metals Inc (UCU.V), which is developing a rare earths project in Alaska. “It’s not just about the money, but also the optics of broad support from Washington.”

The Army division overseeing munitions last month asked miners for proposals on the cost of a pilot plant to produce so-called heavy rare earths, a less-common type of the specialized minerals that are highly sought after for use in weaponry, according to the document.

Responses are due by Dec. 16. UCore, Texas Mineral Resources Corp (TMRC.PK) and a joint venture between Lynas Corp (LYC.AX) and privately-held Blue Line Corp are among the expected respondents, according to company officials and sources familiar with the matter.

The Army said it will fund up to two-thirds of a refiner’s cost and that it would fund at least one project and potentially more. Applicants must provide a detailed business plan and specify where they will source their ore, among other factors.

This latest move by the Army, a division of the Pentagon, comes after a military study earlier this year on the state of the U.S. rare earths supply chain.

The rare earths tension between the U.S. and China goes back to at least 2010, when China limited exports to Japan after a diplomatic dispute, sending prices for the niche metals spiking and fueling concerns across the U.S. military that China could do the same to the United States.

The U.S. Army Combat Capabilities Development Command Chemical Biological Center and the U.S. Army headquarters did not respond to requests for comment.

The request does not give a specific financial amount the Army could fund, though it is derived in part from the Defense Production Act (DPA), a 1950s-era U.S. law that gives the Pentagon wide financial latitude to procure equipment necessary for the national defense.

A rare earth processing pilot plant could cost between $5 million and $20 million, depending on location, size and other factors, with a full-scale plant potentially costing more than $100 million to build, industry executives said.

“It’s great to see interest in financially supporting the industry from the Department of Defense,” said Jon Blumenthal, CEO of Blue Line Corp, which earlier this year signed a memorandum of understanding to build a rare earth processing facility in Texas with Australia-based Lynas Corp (LYC.AX).

“Instead of providing funds for yet another study, this allocates money toward establishing a U.S.-based rare earth supply chain,” said Anthony Marchese, CEO of Texas Mineral Resources, which is developing the Round Top mine in Texas with USA Rare Earth.

After processing, however, rare earths need to be turned into rare earth magnets, found in precision-guided missiles, smart bombs and military jets and China controls the rare earths magnet industry, too.

The Pentagon has not yet launched an effort to finance domestic magnet manufacturing.

FILE PHOTO: A piece of ore containing rare earths is displayed during a tour of a California mine, June 29, 2015. REUTERS/David Becker/File Photo

“Closing the magnet gap would do more to address the nation’s defense needs, and as well the needs of electric vehicle makers and others,” said Ryan Castilloux, managing director with Adamas Intelligence, a research firm that closely tracks the rare earths industry.