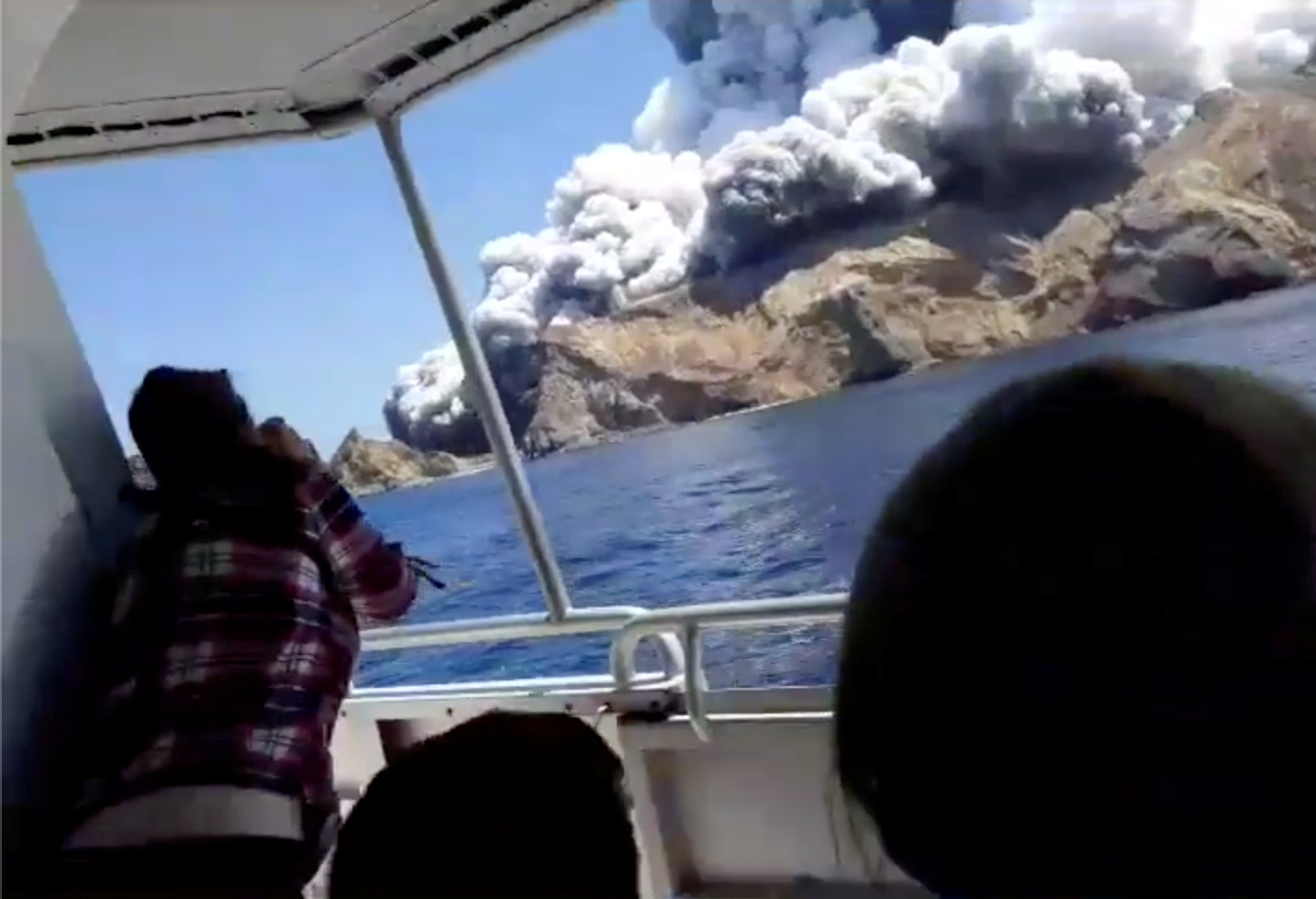 For hundreds of thousands of visitors to New Zealand, a vacation in the Land of the Long White Cloud means a controlled brush with mild peril. You might hurl yourself off a bridge, with only a thick bungee cord of rubber saving you from certain doom, or careen through rapids on a hurtling jet boat. There’s skydiving, of course, and caving; zip-lining and canyoning; heli-skiing and Zorbing (look it up). New Zealand is the place where many of these capers were first commercially available and the self-described home of adventure tourism.

For the most part, adventure tourism is very safe. But tragic accidents do happen—most recently over the weekend, when a volcano erupted on White Island, also known by its Maori name, Whakaari, in New Zealand’s Bay of Plenty off the North Island. Six are dead, with a further eight still missing, while dozens of tourists and tour guides are still in hospital recovering from burns.

While the eruption was unexpected, it wasn’t completely without warning. New Zealand’s GeoNet service had recently increased its volcanic alert level from one to two (out of five), denoting “moderate and heightened volcanic unrest” while maintaining that the island was still safe for visitors. (The alert level is currently at three, indicating a 50% chance of a smaller or similar eruption taking place within the next 24 hours.) Despite the change, private tour operators chose to go forward and bring tourists to the uninhabited island.

New Zealand’s safety record for adventure tourism is among the world’s best: One of the companies responsible for bringing people to the island, White Island Tours, was last year given a workplace safety award as one of the country’s safest places to work. But future travelers may find themselves thinking twice before engaging in tourism that involves the country’s vibrant geo-seismic activity.

For the coastal town of Whakatane, which relies on tourism and calls itself the “Gateway to White Island,” this would be a disaster. The wider region is remote and poor, with an unemployment level of 5.8%, compared to a national average of 4.2%. Some 10% of all jobs are in the fast-growing tourism sector, encompassing adventure tourism, Maori cultural experience, and whale watching. White Island’s volcano is the greatest draw.

The island itself has been owned by the same family for generations, which allows licensed operators to run tours to the island. These companies may make their own decisions about what is and is not safe, with little government supervision. But in the wake of the eruption, volcanologists have questioned whether such tourism should be permitted at all: Speaking to the New York Times, Jozua van Otterloo, a researcher at Monash University in Melbourne, wondered whether people should ever be allowed to visit an active crater. “In hindsight, it was an accident waiting to happen.”

In the meantime, New Zealanders and tourists alike will look to the country’s government to place further, and clearer, restrictions on potentially lethal adventure tourism in the country, particularly around volcano tours. That might involve giving the government veto power on whether tours can be operated on a day-to-day basis, or banning visits of these sorts altogether. For now, the biggest challenge will come from striking a balance between preserving jobs in this fragile sector and making sure no such tragedy ever happens again.