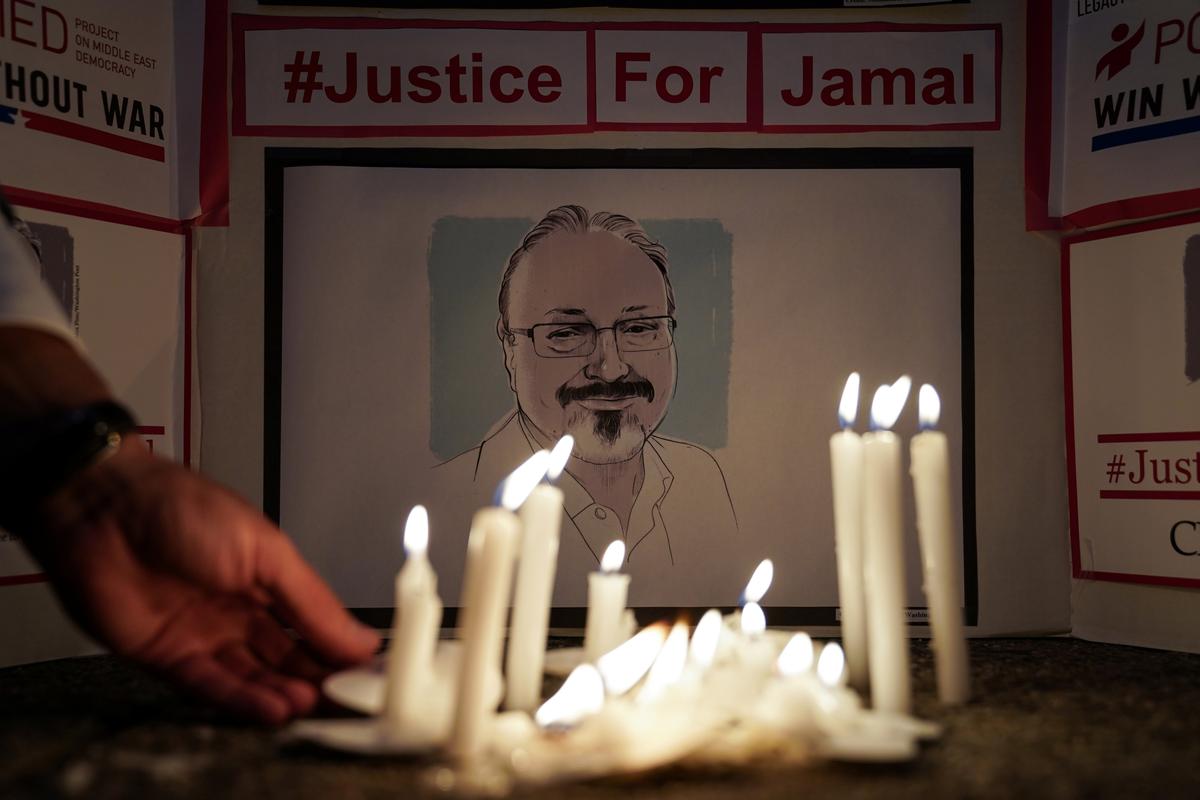 The Committee to Protect Journalists and other press freedom activists hold a candlelight vigil in front of the Saudi Embassy to mark the anniversary of the killing of journalist Jamal Khashoggi at the kingdom’s consulate in Istanbul, Wednesday evening in Washington, U.S., October 2, 2019. REUTERS/Sarah Silbiger

WASHINGTON (Reuters) – The United States on Tuesday barred from entering the country Mohammed al Otaibi, who served as the Saudi consul general in Istanbul when Saudi journalist Jamal Khashoggi was murdered in his consulate in 2018, the State Department said.

“The murder of Jamal Khashoggi was a heinous, unacceptable crime,” the Department said in a statement, adding that it continued to urge the Saudi government to conduct a “full, fair and transparent” trial to hold accountable those responsible for the journalist’s death.

Khashoggi was a U.S. resident and a critic of Saudi Crown Prince Mohammed bin Salman, and his killing inside the Saudi consulate caused a global uproar, tarnishing the crown prince’s image.

The CIA and some Western governments have said they believe Prince Mohammed ordered the killing, but Saudi officials say he had no role. Eleven Saudi suspects have been put on trial over his death in secretive proceedings in Riyadh.

President Donald Trump has expressed doubts about the CIA assessment and argued that Washington must not risk its alliance with Riyadh, the cornerstone of U.S. security policy in the Gulf and regarded as a regional counterweight to Iran.

Otaibi previously was the subject of a U.S. asset freeze for his alleged role in Khashoggi’s murder.