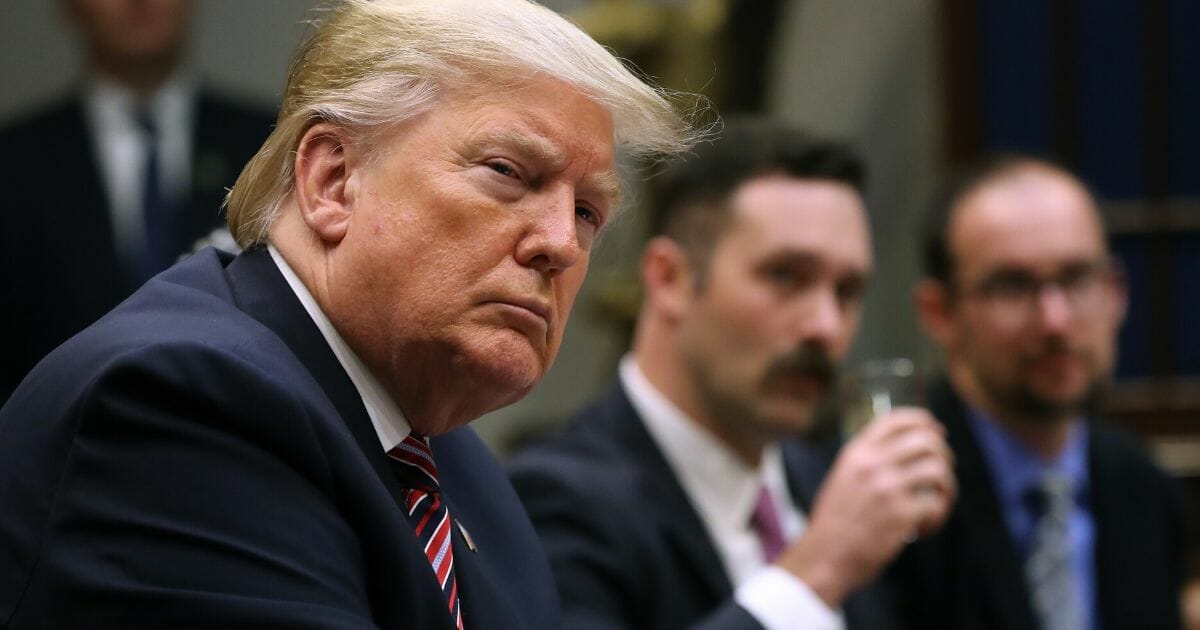 Trump was responding to the release of a report by the Justice Department’s inspector general into the FBI’s surveillance of Trump’s 2016 presidential campaign.

The report by DOJ Inspector General Michael Horowitz found 17 “significant errors or omissions” in the Foreign Intelligence Surveillance Act warrants that approved surveillance. The report said that it did not find that top FBI officials acted out of political bias against Trump, despite multiple comments from multiple individuals in the investigation that they opposed Trump and his policies.

After the report was released, U.S. Attorney John Durham, who is conducting a broader investigation of the origins of the Trump-Russia probe, said he had objections to the inspector general’s report, but did not get into specifics.

On Monday, Trump cited Durham as he offered his reaction to the report.

“And I look forward to the Durham report, which is coming out in the not too distant future,” the president added. “It’s got its own information, which is this information plus plus plus.

“And it’s an incredible thing that happened and we’re lucky we caught ’em. I think I’m going to put this down as one of our great achievements. Because what we found and what we saw — never ever should this happen again in our country.”

Trump went on to describe the gravity of the report’s revelations.

Do you think deep state actors tried to “overthrow” the government?

“It’s a disgrace what’s happened with respect to the things that were done to our country. It should never again happen to another president,” he said.

“It is incredible, far worse than I would have ever thought possible. It’s an embarrassment to our country, it’s dishonest, it’s everything that a lot of people thought it would be, except far worse.”

Trump said the efforts to spy on his campaign were “probably something that’s never happened in the history of our country.”

The president also claimed that those opposed to his administration manipulated the truth in order to begin an investigation that would ultimately end with the Mueller report, which concluded there was no collusion between his campaign and Russia.

“Well, they fabricated evidence and they lied to the courts and they did all sorts of things to have it go their way. And this was something we can never allow to happen again,” Trump said.

RELATED: If You Hear Only 34 Votes Are Needed To Convict Trump, Here’s What You Need To Know

The White House named names in a statement from press secretary Stephanie Grisham, according to another pool report.

“The shocking report from the DOJ Inspector General shows an out-of-control FBI under President Obama and former Director Jim Comey,” Grisham said in the statement.

Grisham went on to criticize the FBI’s behavior even after the Steele dossier became discredited.

“On top of all that, one FBI lawyer altered an email in an effort to continue and extend the wiretapping — and he has been referred for criminal prosecution. All of this shows a repeated effort to mislead the FISA Court long after the FBI was aware the ‘Dossier’ was false, phony and could not be used justify spying on the Trump Campaign,” she said.

“The American people should be outraged and terrified by this abuse of power. This should never happen to another presidential candidate or any American ever again.”