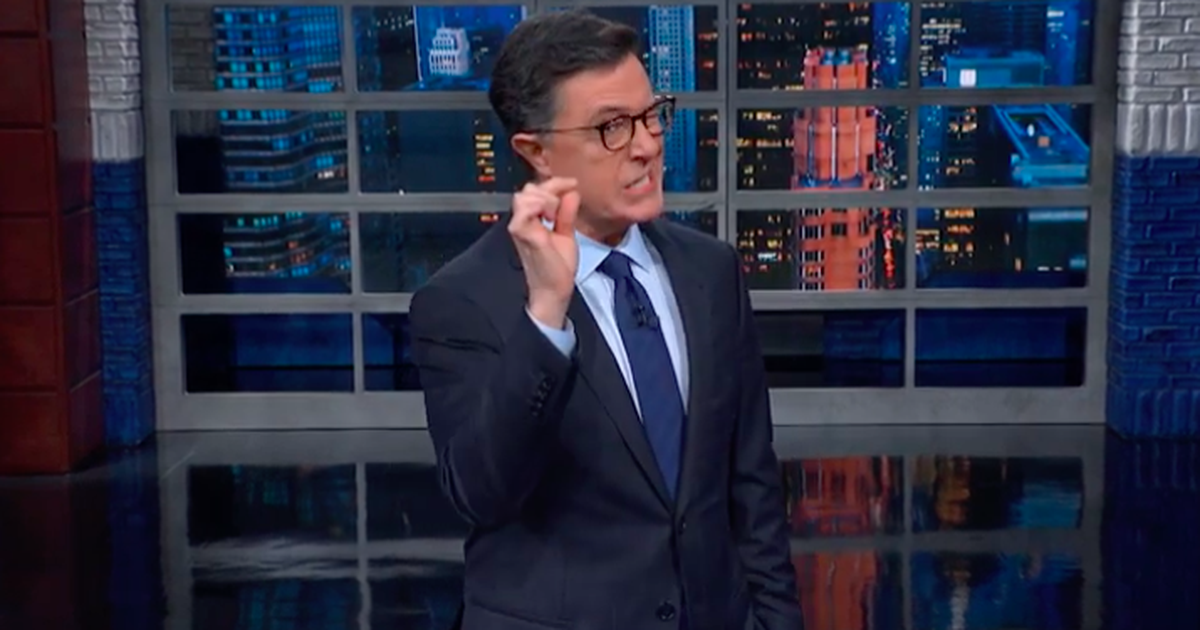 Stephen Colbert was giddy as a schoolboy when he unwrapped an early Christmas gift on Monday: a little present from the Inspector-General of the Justice Department.

The Inspector-General’s report concluded that the FBI’s 2016-onward DoJ probe into Russian election interference wasn’t motivated by bias against Trump or a desire to “overthrow” his administration. Of course, that didn’t stop Trump insisting the absolute opposite was true.

“Nothing Trump said today is actually in the report,” the Late Show host noted. “He’s literally just naming the alternate reality he wants to exist.”

If that’s the way things work now, Colbert reasoned, what’s stopping Trump just insisting he won all 50 states and Manitoba next year, no matter what happens on election day?

“Well, two can play at that game, sir!” Colbert joked. “Hey, did you hear what’s in the IG report? It’s much worse than any of us imagined! Trump confessed to colluding with the Russians to influence the 2016 election, and stopping the Golden Globes from nominating any women for Best Director!”