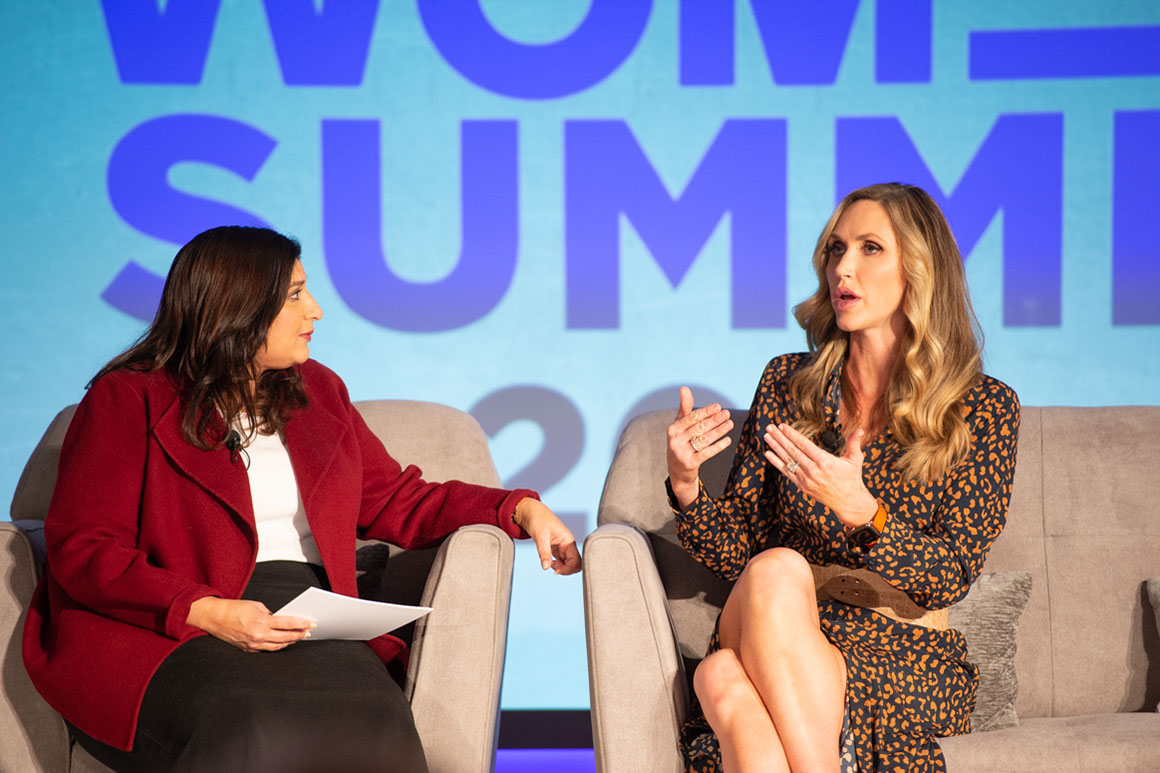 “She has tenacity. She has — certainly is willing to put down and throw down whenever she needs to,” she added. “Whether or not I agree with it, that’s a different story. But you certainly can admire somebody for spending their life, you know, here in Washington, D.C., and trying to serve the country.”

Lara Trump has emerged as a popular surrogate for the president on the campaign trail, leading efforts to recruit female voters in his bid for a second term and attempting to galvanize the suburban women who have turned away from the Republican Party in large numbers.

Just two hours before her on-stage appearance at the forum in Washington, Pelosi stood alongside her top committee chairmen on Capitol Hill as they unveiled two articles of impeachment charging the president with abuse of power and obstruction of Congress.

The president has leveled increasingly bitter attacks at Pelosi as the Democratic-led impeachment inquiry has steadily advanced, calling on the speaker to testify in a Senate trial and accusing her of having a “nervous fit” at a news conference last Thursday.

Their relationship has not always been so acrimonious. Trump largely spared Pelosi from frequent criticism as recently as earlier this year, with some of the president’s allies interpreting his lack of aggression as a sign of genuine respect for Pelosi, the highest-ranking female elected official in American political history.

During a phone call with Pelosi following Trump’s election in 2016, the president-elect hailed her as “terrific” and assessed that she was “somebody that gets things done, better than anybody.”