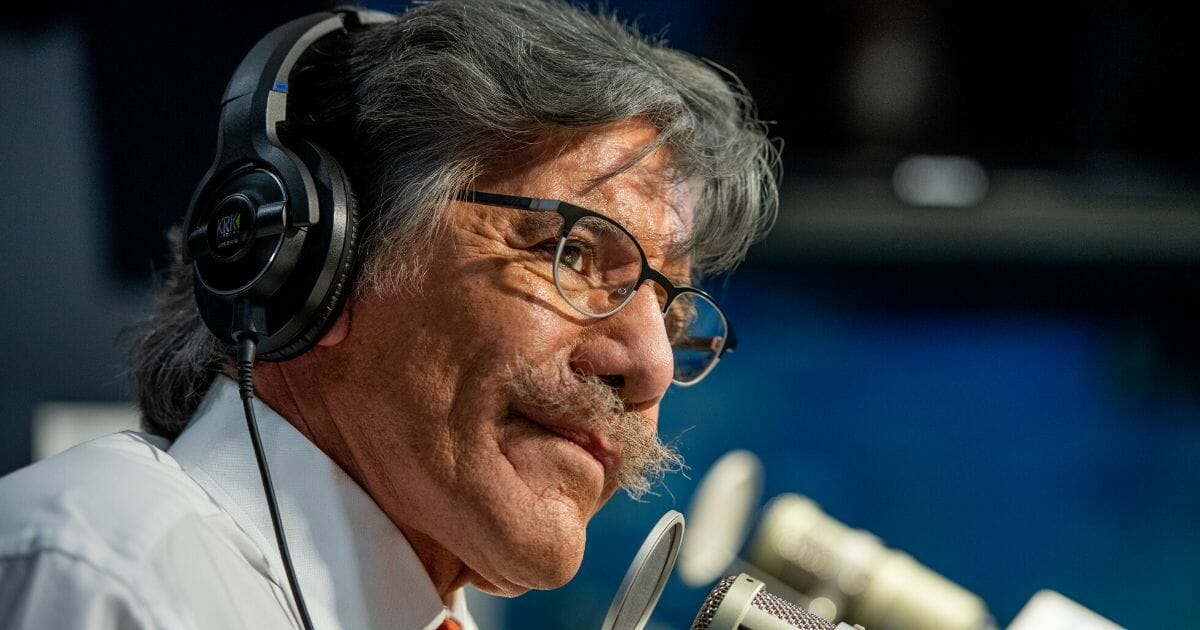 Fox News correspondent Geraldo Rivera is an interesting character when it comes to his views on President Donald Trump.

On the one hand, he has shown no qualms about being highly critical of the president and calling out his perceived mistakes, but on other occasions, Rivera will go to bat for Trump against unjust accusations.

In regards to the Russia conspiracy theory, which some Trump critics have refused to drop despite its being thoroughly debunked, Rivera has increasingly come to the president’s defense.

And when those Russia-obsessed critics, whether on the left or the “NeverTrump” right, aim their fire at Rivera’s employer and colleagues, the correspondent is even less hesitant to mount the ramparts and push back against such attacks.

That is what happened on Sunday when Rivera got explicit in his response to anti-Trump “Republican” pundit David Frum, a staff writer at The Atlantic and frequent guest on CNN’s “Reliable Sources” with Brian Stelter, a show that serves as a platform for critiques of Fox News and President Trump in equal measure.

In response, Rivera wrote, “F— Russia and f— you. I don’t have any infatuation. You’re the smitten one, obsessed with Fox.”

In his appearance on Stelter’s CNN program, Frum had discussed Fox host Tucker Carlson and the supposed “Russification of the GOP” — namely, Carlson’s overtly sarcastic pushback against the left’s Russia obsession.

Stelter claimed that Carlson had a “soft spot” for Russia and Frum compared Carlson’s purported “pro-Russia” stance to the “Zionism of the white nationalists” in that it was a desire for a place where “a white man can be a white man without backtalk from lesser orders.”

Do you think the establishment media is obsessed with criticizing Fox News?

In true incendiary fashion, Frum said, “those are the people who love Tucker Carlson’s show the most and whose feedback he seems to value.”

“So when he champions Russian nationalism on his show, he’s not talking about the actual Russia — the murders, the assassinations, the stealing on a scale so obscene that it dazzles Donald Trump and that oppresses the actual people of Russia.”

That sort of bomb-throwing attack that targeted not only Carlson but also the network’s viewers was undoubtedly what prompted Rivera’s explicit rebuttal.

In essence, Frum smeared Carlson’s viewers as disgusting racists and admirers of Russian President Vladimir Putin, a smear which extends by association to anybody else who works at the network or views its programs.

But anybody who has watched Carlson with any regularity knows that he has grown increasingly sardonic in his mockery of the Russia-obsessed critics and that his over-the-top “pro-Russia” remarks are purposefully intended to highlight by contrast the media’s incessant focus on Russia.

Indeed, Carlson has repeatedly pointed out how some have seemingly placed that nation on a pedestal as the greatest of enemies — all but ignoring others like China and North Korea that pose greater and more imminent threats.

The Democratic left and “NeverTrump” right are the ones who are actually “infatuated” with Russia and can’t stop obsessing over it, making it out to be a boogeyman hiding under every American bed. Rivera was right to call Frum out over his anti-Fox idiocy.

Say what one will about Rivera and his wishy-washiness on Trump, but this was one of those instances where he was doing a good thing — explicit language notwithstanding — and it would be great if he would do more of that sort of fiery pushback against unhinged critics.