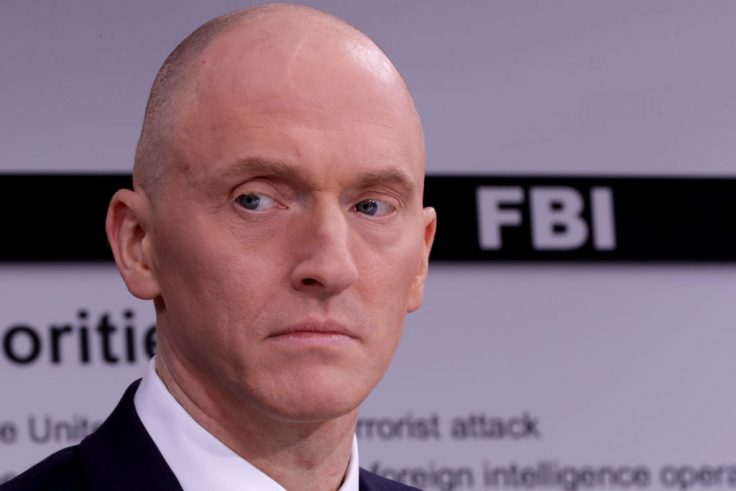 A watchdog report ripped the FBI’s handling of a request for court-ordered surveillance of a Trump campaign aide, identifying numerous inaccuracies and omissions in the department’s application for a FISA warrant.

The Justice Department’s inspector general report, published Monday, found no evidence of political bias in the origins of the investigation into the Trump campaign, but laid out “17 significant errors or omissions” in the application to monitor Carter Page, a foreign policy adviser to the Trump campaign, through the Foreign Intelligence Surveillance Act.

The FBI’s counterintelligence investigation into the Trump campaign and, in particular, its decision to seek a FISA warrant allowing government officials to listen in on the phone conversations of a senior campaign official, has been a flashpoint in partisan battles from the outset of the Trump administration. Republicans have long claimed that the FBI illicitly spied on Page as part of a government-wide effort to undercut Trump’s candidacy, while Democrats claimed ample evidence existed of coordination between Trump’s aides and the Russians.

The report is unlikely to put those battles to rest. Indeed, Attorney General William Barr said Monday he disagrees with some of the report’s principal conclusions. “The inspector general’s report now makes clear that the FBI launched an intrusive investigation of a U.S. presidential campaign on the thinnest of suspicions that, in my view, were insufficient to justify the steps taken,” he said in a statement.

Inspector General Michael Horowitz’s report found that British ex-intelligence officer Christopher Steele’s dossier of salacious, unverified information about Trump and Russia played a “central and essential role” in the FBI’s decision to monitor Page as a potential foreign agent. The IG faulted the FBI for failing to corroborate information provided by Steele, who worked for an opposition research firm tapped by the Hillary Clinton campaign.

The FBI relied entirely on Steele’s reporting, for instance, that Page acted as an intermediary in 2016 between Russia and then-campaign manager Paul Manafort to facilitate the release of hacked Democratic National Committee emails to WikiLeaks. Page was ultimately exonerated by the Robert Mueller investigation, which concluded there was no evidence of a conspiracy between the Trump campaign and Russia to influence the 2016 election.

Then-deputy director Andrew McCabe and then-director James Comey agreed to rely on Steele’s report to provide probable cause to the FISA court that Page was an agent of Russia. According to the report, McCabe said the FBI “felt strongly” that the FISA application should move forward, even if the FBI was criticized for its methods later, because of national security implications.

FBI personnel fell short of the bureau’s requirement that FISA application statements be “scrupulously accurate,” Horowitz wrote. He identified multiple instances where factual assertions relied upon in the first FISA warrant application were “inaccurate, incomplete, or unsupported by appropriate documentation.”

Calling for an audit of the FBI’s FISA application procedures, the report did not find intentional wrongdoing but was nevertheless concerned by the bureau’s “basic and fundamental” errors on an investigation of such sensitivity.

Barr said the report revealed “malfeasance and misfeasance” by the FBI, and accused the Bureau of abusing the wiretapping process.

U.S. Attorney John Durham, who is investigating the origins of the Russia investigation, released a statement disagreeing with the IG’s conclusions about the investigation’s overall legitimacy.

The probe into Page marked the beginning of a sprawling investigation that lasted more than two years. Trump frequently derided Mueller’s investigation as a “witch hunt” as it swept up people close to him for crimes unrelated to Russian collusion.

David Rutz is senior writer at the Washington Free Beacon. He was previously a sports reporter for two years in Atlanta and has done freelance sports reporting for the Washington Post. He graduated from Vanderbilt University in 2010 and lives in Marietta, Ga. His Twitter handle is @DavidRutz.