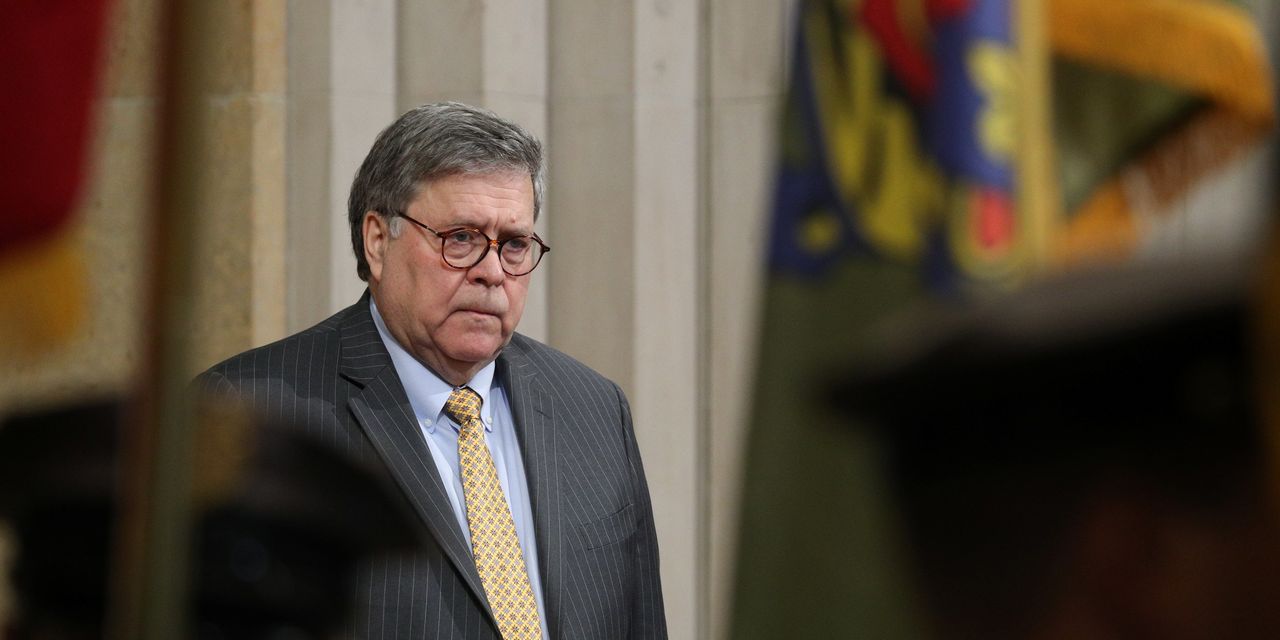 said it would move forward with plans to add encryption across its messaging platforms, rejecting a plea from Attorney General

to allow some form of government access to those services over concerns about public safety.

In a letter to Mr. Barr on Monday, Facebook executives

who lead the company’s WhatsApp and Messenger services, said that undermining encryption in their products for law enforcement would create a “backdoor” vulnerability that malicious actors also could leverage to harm users.

“The ‘backdoor’ access you are demanding for law enforcement would be a gift to criminals, hackers and repressive regimes, creating a way for them to enter our systems and leaving every person on our platforms more vulnerable to real-life harm,” the executives wrote in the letter, which was reviewed by The Wall Street Journal.

“It is simply impossible to create such a backdoor for one purpose and not expect others to try and open it,” they wrote.

Mr. Barr in October sent a letter, cosigned by his British and Australian counterparts, to Facebook chief executive

chastising the company for announcing plans to roll out what is known as end-to-end encryption, a standard security practice that makes it extremely difficult for anyone other than the sender or recipient of the digital communication to read it. Mr. Barr had argued that the technology makes it harder to stop child abusers and terrorists.

The attorney general’s letter, and Facebook’s response Monday, reflect decades-old arguments in which technology companies and law enforcement have taken opposing sides on a core privacy debate of the digital age. Mr. Barr has been especially direct in his criticism of Facebook and other technology companies, as he has sought to revive the long-running dispute by specifically emphasizing the difficulties investigators face in thwarting child exploitation.

Despite the Justice Department’s push, Republican and Democratic lawmakers have expressed little interest in pursuing legislation to require tech companies to allow some form of government access to encrypted communications.

Facebook’s letter to Mr. Barr came as representatives for the company were set to appear before Congress to testify about encryption. Jay Sullivan, Facebook’s product management director for privacy and integrity, said Tuesday in opening remarks to the Senate Judiciary Committee that “people should be able to communicate securely and privately with friends and loved ones without anyone—including Facebook—listening to or monitoring their conversations.”

Without mentioning the Facebook letter specifically, Mr. Barr said during a WSJ CEO Council gathering Tuesday that dealing with encryption remains one of the Justice Department’s highest priorities. He cited “horror stories” involving child molestations and terror attacks in which authorities couldn’t get into suspects’ phones.

Write to Dustin Volz at dustin.volz@wsj.com