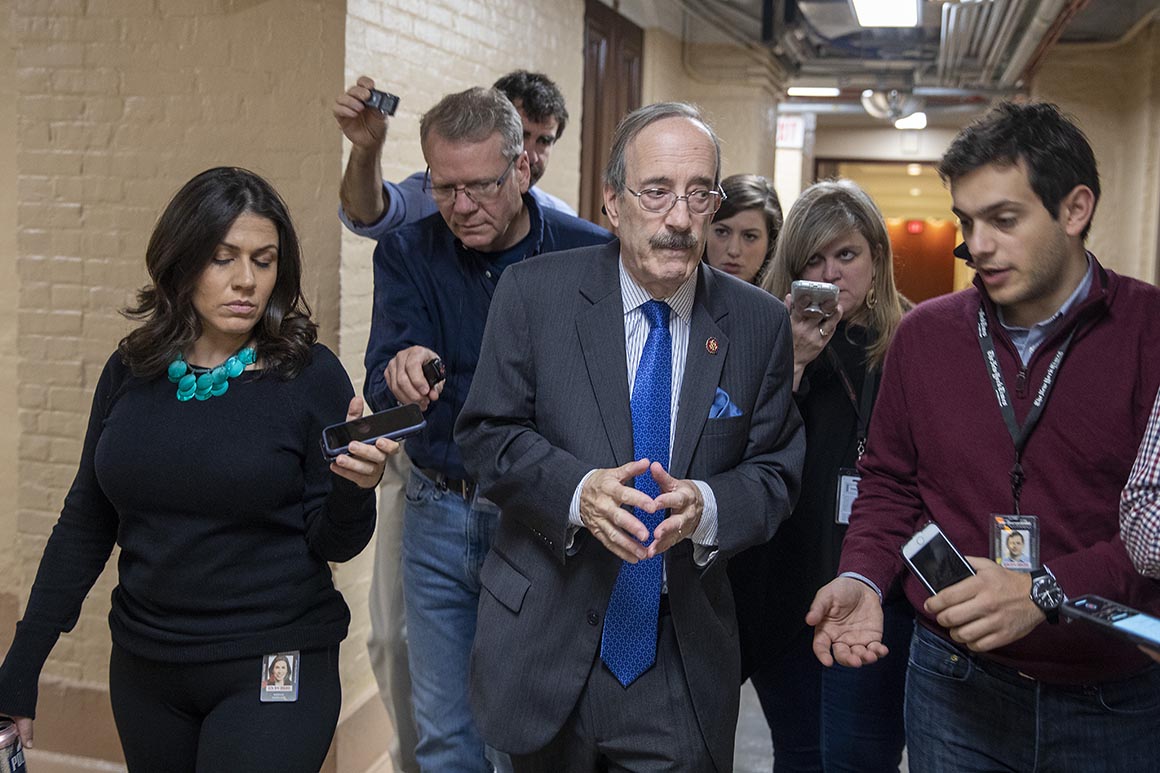 Democrats are considering at least three charges against Trump — abuse of power, obstruction of Congress and obstruction of justice. Pelosi will ultimately decide which articles Democrats draft and whether those charges will focus on the Ukraine scandal or be broadened to include former special counsel Robert Mueller’s report.

A Judiciary Committee vote on articles later this week would signal Democratic leaders are planning a full House vote next week in order to meet their informal deadline of wrapping up the impeachment probe before leaving for the holiday recess.

Emerging from a Judiciary Committee meeting late Monday, Rep. David Cicilline (D-R.I.) said the panel’s Democrats plan to re-convene at 8:00 a.m. Tuesday morning ahead of the press conference. He said the articles of impeachment are being finalized and that aides would be working through the night.

“Our staff has been working on this for quite a period of time,” Cicilline said. “We’re going to work throughout the night.”

Nadler (D-N.Y.) wouldn’t comment as he left the chairmens’ huddle in Pelosi’s office to join the meeting of Judiciary Democrats in a nearby House office building.

Nadler and House Intelligence Committee Chairman Adam Schiff are expected to lead the press conference, which is scheduled to start at 8:45 a.m., according to multiple Democrats. The other committee chairmen investigating Trump are also expected to attend.

Andrew Desiderio contributed to this report.