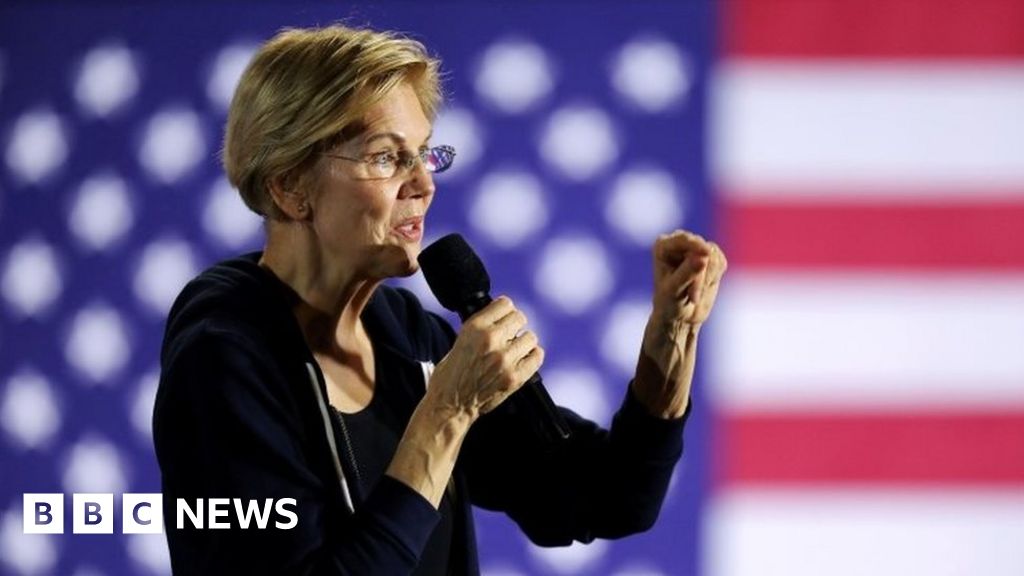 US presidential hopeful Elizabeth Warren has released details of her past legal income, showing she earned $1.9m (£1.4m) in work for corporate and other private clients dating back to 1985.

Ms Warren, 70, is a front-runner in the race for the Democratic nomination and frequent critic of big business.

The Massachusetts senator had already shown 11 years of tax returns.

But rival Pete Buttigieg, a mayor in Indiana, has been challenging her to release older tax documents.

Ms Warren and Mr Buttigieg have been battling to be favourite for the Iowa caucuses in February, a key early contest in the primary season.

The winner of the Democratic Party’s nomination will take on President Donald Trump, a Republican, in the November 2020 election.

Unlike previous presidents, Mr Trump has refused to disclose his tax details.

What did Warren’s documents show?

The Warren campaign made the documents public on Sunday. They showed examples of her work as a legal counsel and consultant going back to 1985.

In total Ms Warren earned at least $1.9m in compensation from dozens of clients over that period, the files say.

She has been feuding with Mr Buttigieg over transparency and has urged him to also disclose information about his past work at McKinsey consultancy company.

The Buttigieg camp has said he is working on making “fully transparent” the details of his employment.

Election day is less than a year away and the race to become the Democratic challenger to Mr Trump is in full swing.

Find out more about the contenders