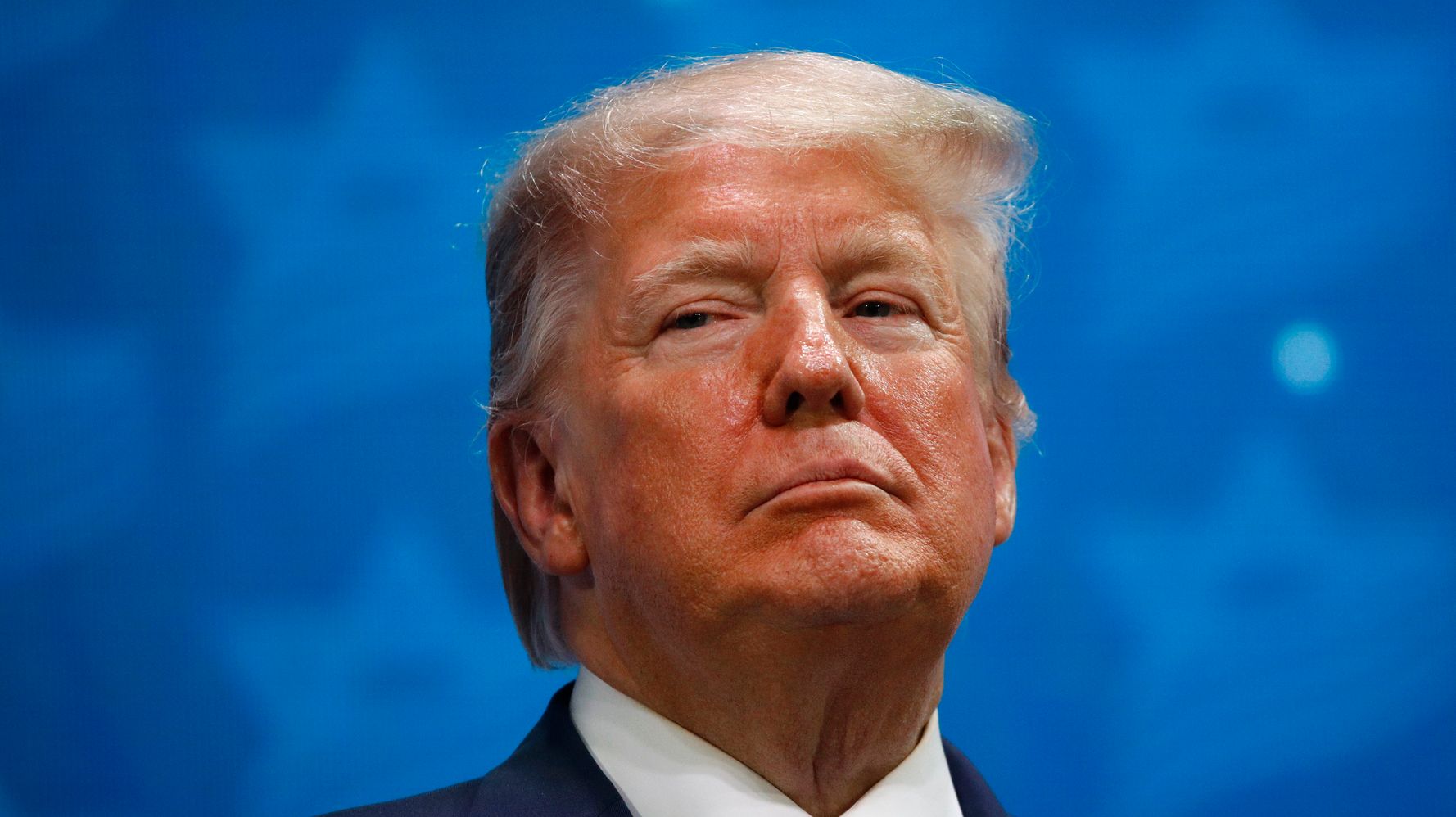 President Donald Trump is again slamming his preferred network, claiming that Fox News is pandering to the left by having Democratic lawmakers on air.

The president tweeted Sunday to express his displeasure that Fox News allowed Reps. Eric Swalwell (D-Calif.), David Cicilline (D-R.I.) and Pramila Jayapal (D-Wash.) ― whom he described as “losers” and “radical left haters” ― to appear on the network’s airwaves.

Cicilline was a guest on “Fox News Sunday,” where he discussed Democrats’ forthcoming articles of impeachment with host Chris Wallace. Cicilline sits on the House Judiciary Committee, which held impeachment hearings last week.

The president criticized the network following the broadcast, tweeting, “Don’t get why @FoxNews puts losers on like @RepSwalwell (who got ZERO as presidential candidate before quitting), Pramila Jayapal, David Cicilline and others who are Radical Left Haters?”

Don’t get why @FoxNews puts losers on like @RepSwalwell (who got ZERO as presidential candidate before quitting), Pramila Jayapal, David Cicilline and others who are Radical Left Haters? The Dems wouldn’t let @FoxNews get near their bad ratings debates, yet Fox panders. Pathetic!

“The Dems wouldn’t let @FoxNews get near their bad ratings debates, yet Fox panders. Pathetic!” he added.

The three representatives responded almost simultaneously about 15 minutes later, all tweeting the same selfie of the three of them, alongside Rep. Joe Neguse (D-Colo.), saying that they were busy working to protect and uphold the Constitution while he was tweeting insults.

.@realDonaldTrump, while you’re busy tweeting insults, we’re busy working to honor our oath of office to protect and defend the constitution and safeguard our democracy. @JoeNeguse pic.twitter.com/dsUVaQWbQA

While you’re tweeting at us, Mr. President, we are working to uphold the Constitution and keep you accountable. https://t.co/cgVwVxXytG pic.twitter.com/2Zt8E71HlB

.@realDonaldTrump: While you’re tweeting at us, Mr. President, we are working to uphold the Constitution and keep you accountable. https://t.co/8zkniC0fQ7 pic.twitter.com/JUGmLFZ6pQ

Despite his preference for the network, the president has repeatedly gone after Fox News in recent months over unfavorable coverage during the impeachment inquiry. Late last month, he attacked the network for its decision to “waste airtime” by hosting Swalwell, a member of both the House Intelligence and Judiciary Committees, who spoke about the inquiry following a day of testimony from three government officials.

“Fox should stay with the people that got them there, not losers!” Trump said at the time.

Fox News host Neil Cavuto reminded the president how journalism works in November, telling Trump that reporters have an obligation to question him, even if that invites his “wrath.”

“You are free to rage. All we are free to do is report and let the viewers decide,” he said, after Trump had attacked Wallace, a veteran journalist, for a “Fox News Sunday” segment during which he called out Rep. Steven Scalise (R-La.) for “very badly” mischaracterizing some of the impeachment witness testimonies.