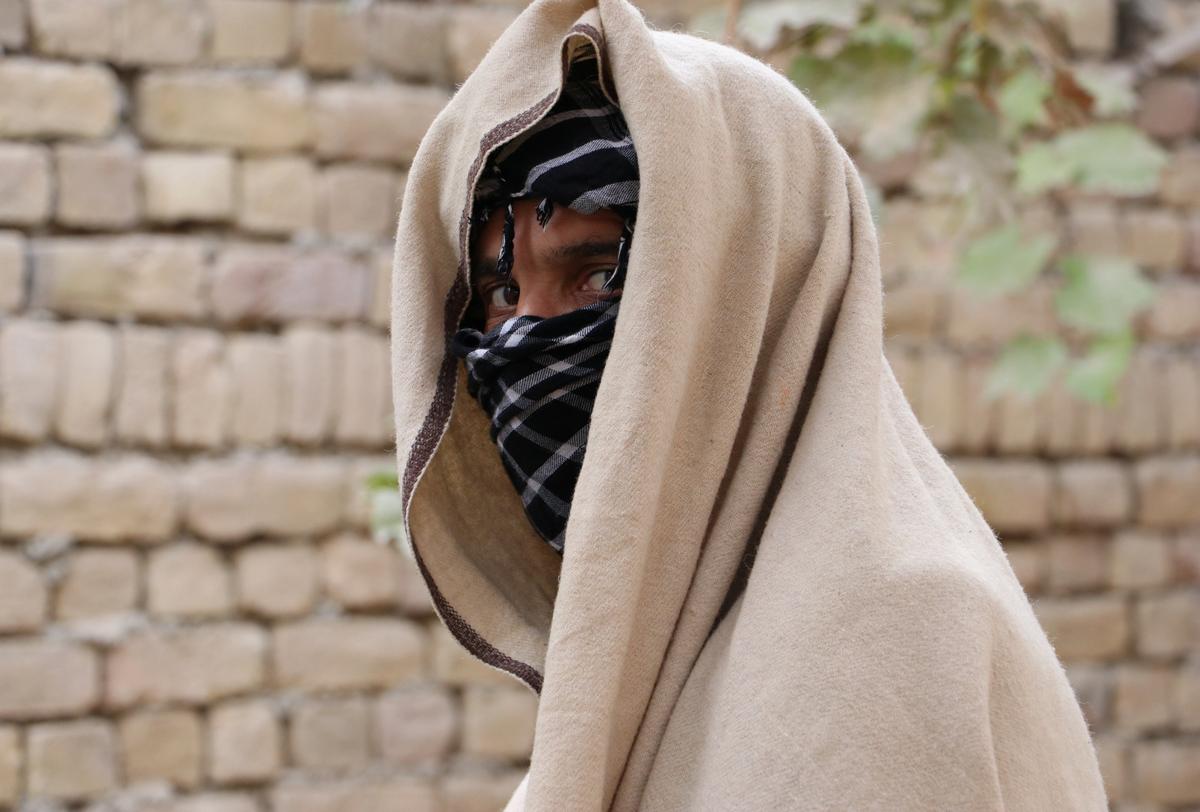 KUNDUZ, Afghanistan (Reuters) – The 19-year-old Taliban deserter is haunted by the memory of the attack on a police checkpoint in northern Afghanistan in August.

The Taliban band of around 20 fighters began its assault at 10 pm, he recalled, and by sunrise, all twelve Afghan police were dead.

Kneeling in the blood-soaked sand of the bunker as he and his comrades checked the bodies for weapons and ammunition, the young militant made a terrible discovery – one of the dead men was his elder brother.

Two months later, he fled following an air strike that killed several of his band. Now hiding in Kunduz district, fearing reprisals by the Taliban for deserting, the young man and his father told their harrowing story on condition of anonymity.

“I faced the darkest moment of my life seeing my brother’s body covered with blood and dust,” the younger brother told Reuters, fear visible on his face as he sat inside a car. “For a while the daylight turned to a dark night as if someone put a black hood on my head.”

The father of the brothers said he volunteered the younger boy to fight for the Taliban after the militants learnt that the elder son was with the police.

The government accuses the Taliban of commonly using the tactic to intimidate families caught up in the 18-year-long war.

“The Taliban torture and even kill innocent people to make them to join, mostly in remote rural areas where people have no other option,” said Sediq Sediqqi, a spokesman for the Afghan government.

The militant group denies this, though it said it does pressurise families not to join the security services of a government it regards as illegitimate and propped up by foreign forces.

The family, like many in the northern Kunduz province, make a difficult living subsistence farming wheat, rice and mung beans. To ease the hardship, the elder brother enlisted in police in 2006 to help support his family, his father said.

A few months later, he recalled Taliban representatives visiting his mud-brick home to persuade him to make a fateful choice – either he should make his elder son quit the police, or he should volunteer one of his seven other sons to join the militants.

“It was a difficult decision for the whole family, but we had no other choice: the Taliban were extorting us,” he said, a sense of resignation in his voice, on why he allowed his youngest son to join. “They blocked the water to our crops.”

“Having a son in the police and giving the other to the Taliban means telling them to kill each other,” he said.

The Taliban now controls more territory than at any point since it was ousted from power by U.S.-led coalition forces in 2001. With that gain comes increasing friction with Afghans who have lived in what were previously government-held areas, experts said.

“The Taliban are not aliens: they are undeniable part of Afghan society,” said Atiqullah Amarkhel, a former general who served in the Afghan army between 1960 and 2009.

“Many families of members of the Afghan security forces are living in rural areas and most of these areas are either completely controlled or heavily influenced by the Taliban.”

Similar stories have emerged elsewhere in the country.

Hikmatullah, a sergeant in the Afghan army from the eastern Nangarhar province, said the Taliban imprisoned one of his younger brothers after he joined the security forces. They eventually released him, but after consulting with his father, he too joined the militant group.

“This decision was not his choice or desire, but he was forced, in fact the whole family was forced because we were frustrated from the daily torture,” Hikmatullah, who goes by only one name, said.

“Whenever I get into a clash with the Taliban, I feel that my brother is standing in front of me and I am firing at him.”

“We sometime force those families not to serve in the front line with the Afghan police or army, because we don’t want them to lose their precious lives,” he said. “Joining us is their personal choice.”

The former Taliban fighter was deeply affected by his brother’s death in the raid. In October, after an Afghan airstrike killed five of his comrades in the Taliban, he fled.

He now lives away from the family’s land with his father and brother’s family.

“Whenever I look to the three children of my late brother, I feel guilty as if I am the killer,” he said. “I don’t forgive myself.”

Additional reporting by Sardar Razmal in Kunduz and Ahmad Sultan in Nangarhar; Writing by Alasdair Pal; Editing by Simon Cameron-Moore