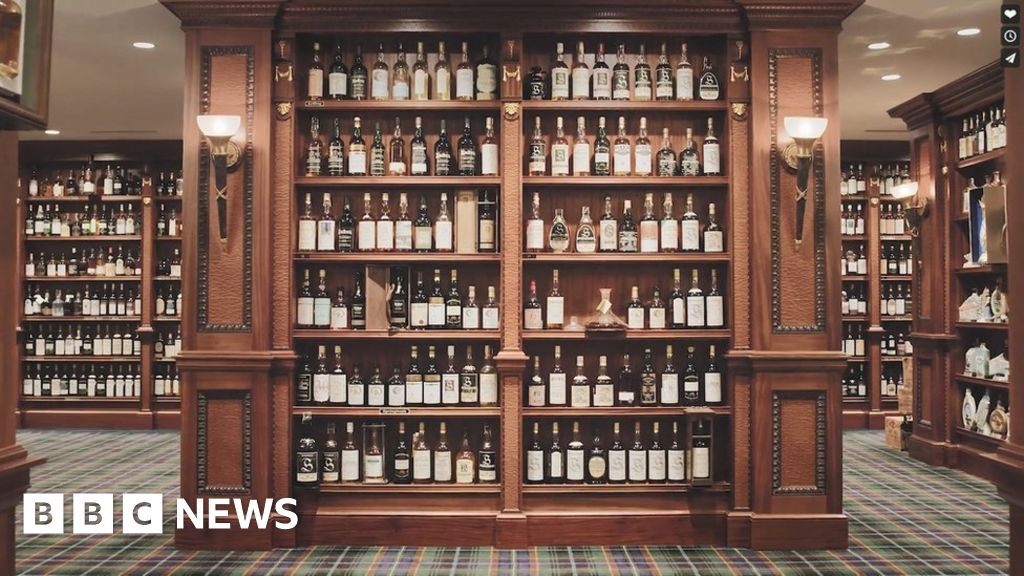 Auctioneers have unveiled what is believed to be the largest private collection of whisky ever to go on public sale.

More than 3,900 bottles of primarily single malt Scotch will be sold by online whisky auction specialists Whisky Auctioneer next year.

Its collective value has been estimated at a hammer price of £7m to £8m.

Perth-based Whisky Auctioneer described it as “the most extensive private collection we have seen in terms of the completeness of representation of 20th Century Scottish distilleries”.

The collection has been put up for sale by the family of an American businessman who died in 2014.

Colorado-based Richard Gooding, who once owned one of the largest soft-drink distributors in the US, spent more than 20 years amassing his collection.

The eclectic mix of whiskies includes bottlings from some of Scotland’s lost distilleries, such as Stromness and Dallas Dhu.

In October a bottle of The Macallan 1926 sold for nearly £1.5m, including buyer’s premium.

Until recently, the collection was housed in what Mr Gooding called his “pub” – a dedicated room in his Colorado family home that was specially designed to showcase his whiskies.

Who was Richard Gooding?

When he retired, Richard’s Gooding’s father took over the business before Richard became owner and chief executive in 1979.

Colorado-based Mr Gooding died at the age of 67 in June 2014 after being diagnosed with skin cancer.

According to his family, Mr Gooding sought to create “the perfect collection” of whisky, travelling regularly to Scotland in his private jet in search of special bottles at auctions and distilleries.

His wife Nancy said: “It was clear to us as a family that collecting Scotch was one of Richard’s greatest passions – an endeavour that spanned over two decades.

“He loved every aspect of it; from researching the many single malt distilleries to visiting them and tasting their whiskies.

“He was always so pleased to acquire the bottles that he was searching for over the years.

“His mission was to collect a bottle that represented every single distillery, but his favourite was always Bowmore, with his preferred whisky being Black Bowmore.”

He added: “Its sheer scale and rarity makes it one of the most exciting discoveries in the whisky world, and we’re thrilled to unveil it to the public ahead of it going live on our online auction site next year.”