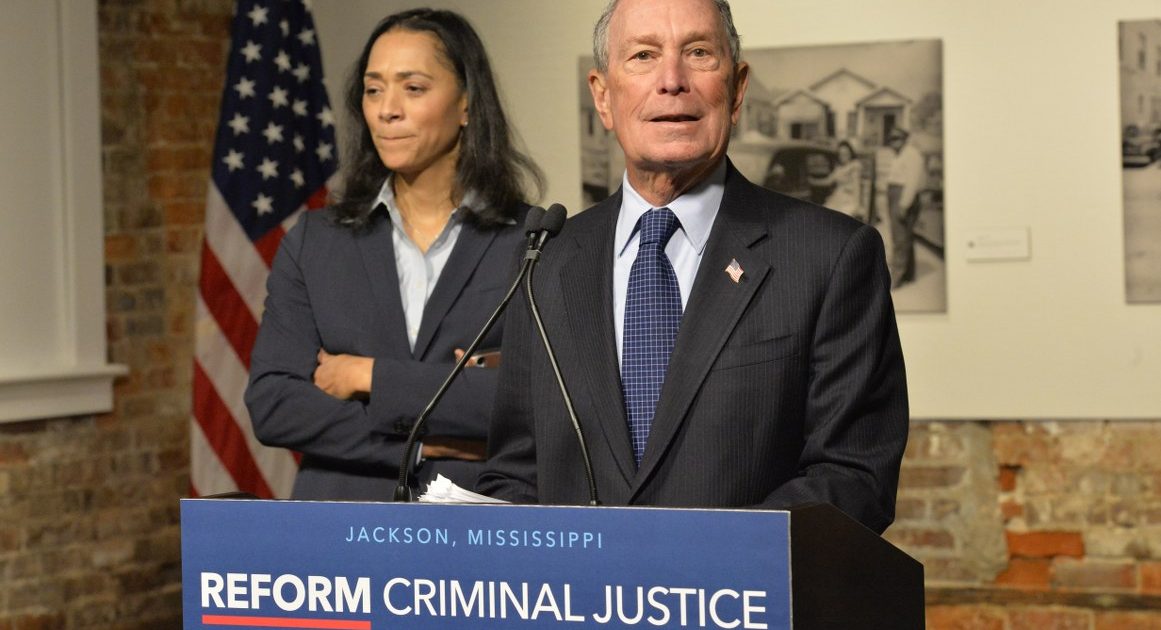 The decline and collapse of Kamala Harris’ presidential ambitions should serve as a lesson that Democratic presidential candidates shouldn’t try to paper over a history of harsh practices in the criminal justice arena.

But never mind, here’s former New York mayor and self-funding Democratic presidential candidate Michael Bloomberg trying to act as though criticism of his stop-and-frisk policy is a brand new thing that just came up because he’s running for president:

Former NYC Mayor @MikeBloomberg tells @GayleKing “nobody asked” him about stop & frisk until he started running for president.

“I’m sorry. I apologize. Let’s go fight the NRA and find other ways to stop the murders and incarceration. Those are things that I’m committed to do.” pic.twitter.com/ww1pJPraBt

In that clip from CBS This Morning, Gayle King notes that there’s some suspicion about how sincere Bloomberg really was when he apologized for his city’s stop-and-frisk searches, which heavily targeted minority citizens but rarely uncovered the contraband drugs or guns used to justify them. Bloomberg responds that “nobody asked me about it until I started running for president.”

This, of course, is utter nonsense. Bloomberg hasn’t just been criticized for New York’s stop-and-frisk policy; the city was sued over it. Even as he was doing some initial groundwork for his presidential run, he was still defending the policy. Just a year ago—in response to, yes, people asking him about it—he was still insisting that it helped lower crime rates in New York City, even though there’s little data to back up this claim, and even though crime continued to fall after the practice ended.

One federal judge ruled that these warrantless dragnet searches based on no probable cause were unconstitutional. Does Bloomberg want is to believe that no one at any point in that process “asked me about it”?

The reality is that Bloomberg himself only reversed his position right before announcing his run for president. That’s why his sincerity is being questioned. His entire history as mayor and everything he said on the subject up until last month made it clear that he believed his stop-and-frisk policy was a good idea—facts, criticism, and judicial rulings be damned.

He does indeed acknowledge now that crime has kept falling even after New York City ended these spot searches. He sees this as a “mark of an intelligent, competent person when they make a mistake, they have the guts to stand up and say ‘I made a mistake, I’m sorry.'” But he still doesn’t seem to acknowledge the deeper issues at play. The policy was intrusive, racist, and unconstitutional, but hey, the mayor meant well.

Nor has he learned the broader lesson here: that there are problems that cannot be solved by heavily policing the populace. The relentless nanny inside Bloomberg is still fully in charge. So he’ll be more than happy to go after gun owners (he immediately tries to deflect criticism by pivoting to an attack on the National Rifle Association), and he will doubtlessly keep wanting to use the government to control our private decisions. And if he keeps making the wrong choices on our behalf? He meant well, and maybe the next time he runs for office he’ll apologize about it.