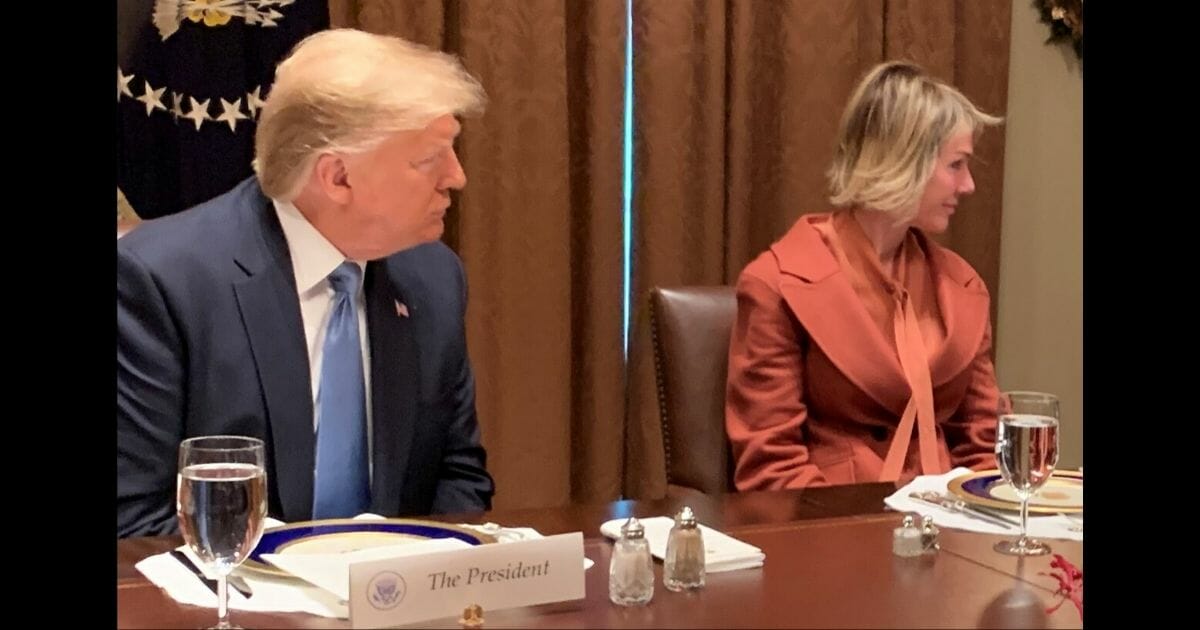 If there’s one thing he excels at, it’s goading the media into giving him free air time or simply exposing them as complete fools. Now, his latest apparent power move has the establishment media losing their collective minds.

Trump’s grievous offense? Having bigger salt and pepper shakers than everyone else.

As CBS White House correspondent Mark Knoller pointed out Thursday, the president’s seasoning implements were noticeably larger than others at a meal in the White House.

DIdn’t know that the President gets bigger salt-and-pepper shakers than anyone else at the table. pic.twitter.com/jJ0PhV9K4N

The establishment media quickly pounced on the disparity.

Business Insider jumped on the story in a piece of serious journalism that involved plenty of photos of various White House rooms, complete with salt and pepper shakers circled like aerial photos from a CIA analyst.

This pointed out by @markknoller so just checked the photos I took today during the Cabinet Room lunch meeting with UNSC ambassadors to verify: Salt and pepper shakers for @POTUS are indeed larger than those for his guests. pic.twitter.com/ChoW8nydjP

Even Pete Souza, the chief official White House photographer for former President Barack Obama, weighed in on the matter.

“Confirming that the salt-and-pepper shakers were the same size during the Obama administration,” Souza wrote in a post containing a photo from the Obama era.

Confirming that the salt-and-pepper shakers were the same size during the Obama administration @realDonaldTrump https://t.co/Bqa4RZBgBP pic.twitter.com/aBFBsUoLuu

RELATED: Trump Praises Salvation Army Following LGBT Backlash: ‘An Inspiration to Us All’

The reasons for Trump’s large shakers are anybody’s guess.

Did Trump do this on purpose?

They could be bait for the media — an attempt to draw focus away from the impeachment circus and expose anti-Trump journalists as the clowns they actually are.

Of course, they could also be a simple set of salt and pepper shakers with no meaning at all behind them. Despite the collective efforts of the U.S. journalism community, this may be a mystery that remains unsolved.