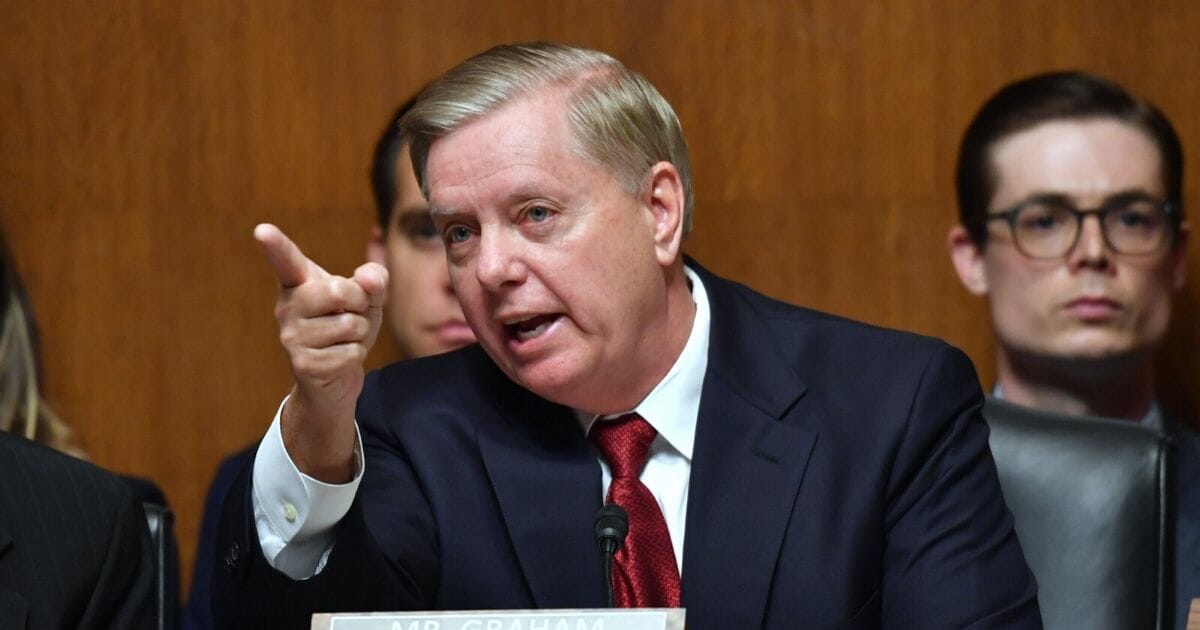 Schiff “needs to stop,” Graham said, claiming the Intelligence Committee chairman’s actions are “dangerous” to the principle of separation of powers and damaging to the nation as whole.

“The whole process is illegitimate in the House,” Graham said on the Fox News show “Sunday Morning Futures.”

Graham, who has argued in the past that public testimony from the whistleblower who began the series of events leading to the current impeachment inquiry was essential, said his concerns have widened.

“It’s not just the whistleblower. You don’t want to create a situation where an anonymous person can start impeachment proceedings against the president of the United States,” Graham, who chairs the Senate Judiciary Committee, said.

Secrecy and the refusal of the accepted right to confront an accuser have made the House’s actions a violation of common fairness, he said.

“This is a joke of a process. It’s dangerous to the country,” he said.

Graham said that the inquiry is political.

Have the Democrats overreached in their impeachment drive?

If there is a Senate trial, Graham said, it will not be a long one.

“I’m going to try to get this over as quickly as possible,” Graham said, adding that he would let House Democrats present their case, and absent any new information, he would be ready to vote, with all non-impeachment issues to be handled “though congressional oversight.”

“I’m saying that I am going to end this as quickly as I can for the good of the country,” Graham said.

“When 51 of us say we’ve heard enough, the trial is going to end,” Graham said. “The president’s going to be acquitted. He may want to call Schiff, he may want to call Hunter Biden, he may want to call Joe Biden. But here’s my advice to the president: If the Senate is ready to vote and ready to acquit you, you should celebrate that. And we can look at this other stuff outside of impeachment. Impeachment is tearing the country apart, I don’t want to give it any more credibility than it deserves,” he said.

The South Carolina Republican attacked the way the House has gone about its inquiry.

“I think it’s dangerous,” Graham said after host Maria Bartiromo recounted some of the tactics Schiff used in the House.

“Here’s what I would tell Adam Schiff. Do you really want to start calling other members, Republican members of Congress in oversight? Do you want me to call you to the Senate as part of Senate oversight?” he said.

Graham said he would never do that, because, “I’m not going to participate in things I think are going to destroy the country — I’m not going to call a bunch of House members to come to the Senate as a part of oversight.”

Although members of Congress are not above the law, Graham said “we’re not going to turn the Senate into a circus.”

“And I would tell Schiff, ‘what you’re doing is very dangerous for separation of powers here.’”

“Adam Schiff is doing a lot of damage to the country,” Graham said. “And he needs to stop.”

Graham said the impeachment inquiry has rallied Republicans behind the president.

“[Democrats] spent all their time trying to destroy the Trump presidency,” Graham said.

“They’ve done nothing beneficial to the American people. You know who may be the most valuable player for the Republican Party in the 2020 election cycle is Adam Schiff.”