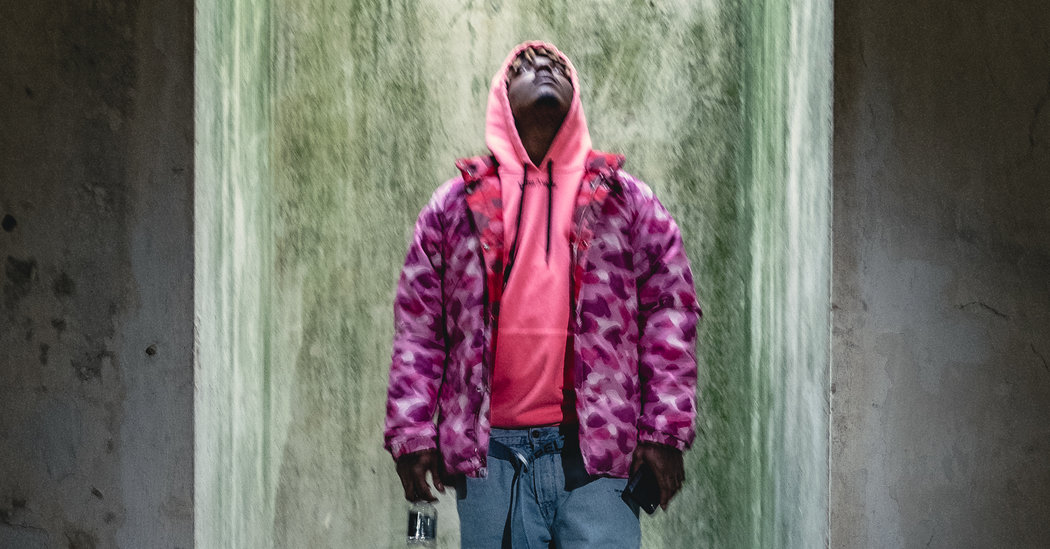 Juice WRLD frequently touched on themes of mental health, suffering and mortality in his music.

In June 2018, following the deaths of two of his musical contemporaries, XXXTentacion and Lil Peep, he released a two-track EP online titled “Too Soon,” including the song “Legends,” in which he sang, “They tell me I’ma be a legend/I don’t want that title now/‘Cause all the legends seem to die out.”

Fellow rappers and collaborators expressed their shock on social media. Chance the Rapper called Juice WRLD “a young legend” on Twitter. Ellie Goulding, who sang with Juice WRLD on the song “Hate Me,” wrote, “You had so much further to go, you were just getting started.”

Interscope Records said in a statement on Sunday: “Juice made a profound impact on the world in such a short period of time. He was a gentle soul whose creativity knew no bounds.”

Jarad A. Higgins was born in Chicago on Dec. 2, 1998. He was raised there largely by a single mother, coming to music through childhood piano lessons and from listening to local rappers like Kanye West and Chief Keef, along with rock acts like Senses Fail, Paramore and even Billy Idol. And while his unique combination of influences made for a decidedly nonregional sound, the rapper would eventually fall directly into Chicago’s rap music lineage, with management and career guidance from the local artist Lil Bibby and his brother G-Money.

Throughout his brief career, Juice WRLD would speak openly about his early struggles with substance abuse, including his exposure to prescription pills like Xanax and Percocet as a freshman in high school. Drug use, he said in an interview with No Jumper, “opens doors to feel emotions that you probably wouldn’t usually feel,” but he added, it “can destroy you — utterly destroy you.”

As his star rose, Juice WRLD said he was trying to take better care of himself. “I smoke weed, and every now and then I slip up and do something that’s poor judgment,” he told The Times. “I have a lot going for me, I recognize it’s a lot of big things, a lot of big looks. I want to be there, and you don’t have to overdose to not be there.”