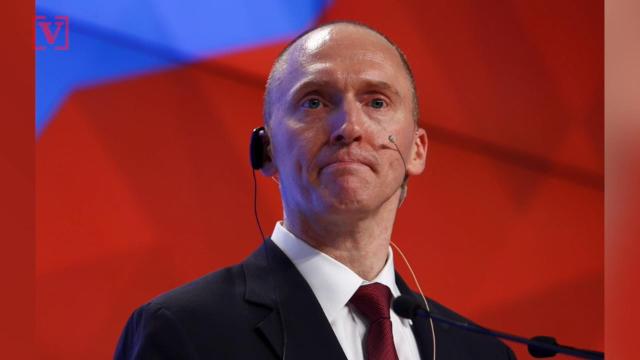 WASHINGTON — The Justice Department’s internal watchdog found that the controversial surveillance of a Trump campaign adviser was riddled with errors, raising questions about its justification.

Horowitz, nevertheless, concluded that there was legal justification for the overall inquiry into Russia’s interference in the 2016 election and that there was no “documentary or testimonial evidence that political bias or improper motivation influenced the FBI’s decision to conduct these operations.”

The account of the FBI’s surveillance activities, however, was central to the report’s findings and is likely to fuel new attacks from the president and a cadre of Republican allies, with Trump swept up in a fast-moving impeachment inquiry.

How we got here:The events that led to the inspector general’s report on the origins of the Russia probe

In a written response, FBI Director Christopher Wray characterized the report as “constructive criticism that will make us stronger as an organization.”

“We are vested with significant authorities and it is our obligation as public servants to ensure these authorities are exercised with objectivity and integrity,” Wray said. “Anything less falls short of the FBI’s duty to the American people.”

Attorney General William Barr, however, disagreed with the inspector general’s base finding that the investigation was justified.

“The inspector general’s report now makes clear that the FBI launched an intrusive investigation of a U.S. presidential campaign on the thinnest of suspicions that, in my view, were insufficient to justify the steps taken,” Barr said.

In a written statement, Democrats on Capitol Hill said the report debunks conspiracy theories fanned by Trump and Republicans about how the Russia investigation began.

“Those discredited conspiracy theories were attempts to deflect from the President’s serious and ongoing misconduct, first urging Russia and now extorting Ukraine into interfering with our elections to benefit him personally and politically,” said Reps. Jerrold Nadler and Carolyn Maloney, Democrats representing New York and co-chairs of the House Judiciary and Oversight committees, respectively.

The report’s release comes as Democrats are drawing up articles of impeachment against Trump over allegations that he sought to pressure Ukraine to announce investigations that would help Trump politically.

Minutes before the report was made public, Rep. Mark Meadows, R-N.C., who had been briefed on the findings, called them “disturbing.”

Horowitz launched his review in March 2018 in response to requests from Republican lawmakers and then-Attorney General Jeff Sessions. Republicans raised questions about the FBI’s surveillance of former Trump campaign adviser Page and the bureau’s relationship with Christopher Steele, a former British intelligence officer who was hired by a research firm working for the campaign of former Democratic presidential candidate Hillary Clinton. Steele authored a now-infamous “dossier” alleging ties between Trump and Russia.

The surveillance of Page has fueled Trump’s allegations of spying, even treason, against former top law enforcement officials. Republicans have complained that the FBI, in seeking court permission to wiretap Page, relied on information from Steele, a longtime FBI source, and did not disclose the Democratic National Committee’s role in funding his research.

But the FBI’s warrant applications showed the bureau did disclose it had gotten information from Steele. The applications also showed investigators had other reasons to suspect Page, who had longstanding ties in Russia and met with Kremlin officials while he was on the Trump campaign.

Ohr’s relationship with Steele, whose unverified report on Trump’s alleged activities in Russia was used in part to justify the Page surveillance, was sharply criticized by the inspector general for failing to inform his Justice supervisors of those contacts.

Special Counsel Robert Mueller took over the FBI’s Russia investigation in 2017 and indicted three dozen people, including six former Trump associates and campaign aides. All pleaded guilty or were convicted by a jury. Page was not indicted.

Barr is overseeing a parallel criminal investigation into the origins of the Russia probe. That investigation has fueled criticism from Democrats that the agency has become a tool for Trump’s political retribution.

This story will be updated.