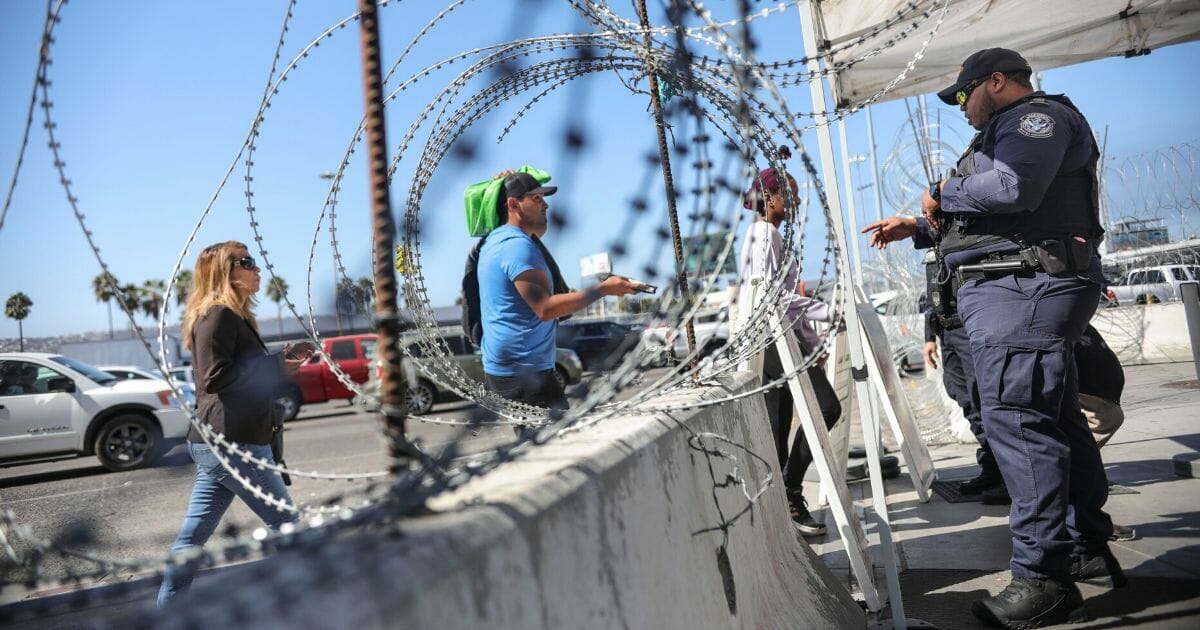 It’s been a record year for Immigration and Customs Enforcement — and ICE is celebrating the “every day heroes” who made it possible.

According to a report released Friday, ICE netted 37,547 arrests during fiscal year 2019 — a record for the agency.

“HSI is the principal investigative component of the Department of Homeland Security with more than 9,800 employees, including over 6,700 special agents and 700 intelligence analysts, assigned to more than 210 cities throughout the U.S. as well as 78 offices in 52 countries,” the report noted.

That’s a lot of responsibility — and, despite being hampered by the work of sanctuary locales, they were pretty darn effective. Arrests were up 10 percent over last year.

“HSI special agents worked tirelessly to address threats posed by criminal networks to protect national security and public safety in the United States and around the globe.”

And by the by, in case you want to know exactly the kind of crime ICE stops, this paragraph ought to tell you a great deal:

Do you support ICE’s work?

“HSI arrested 5,750 criminals associated with human smuggling investigations in FY19, a 41 percent increase from FY18, due in part to the use of Rapid DNA testing technology to detect fraudulent families at the Southwest border. During FY19, over 400 HSI personnel deployed to the southern border to protect children from being smuggled into the United States through fraudulent family units, often tied to larger transnational criminal syndicates.”

That arrest number is again a marked increase, up 38 percent over the past year.

Another 3,886 were arrested for crimes involving gang activity, including 337 alleged members of MS-13.

“They lead US efforts to protect children from online predators. In FY19 HSI agents arrested 3,957 predators & rescued or identified 1,069 victims. Every day heroes protecting our most vulnerable.”

Were ICE critics satisfied? Of course not. Here were some measured responses:

These are great numbers and something every American ought to be happy about. Human smuggling, human trafficking, the narcotics trade — these are things that every reasonable human being should be against.

And yet, because of the left’s politicization of ICE’s role, this is either going to get ignored or get blasted.

That’s where we are right now.

These are “every day heroes.”

We should start looking at them as such.