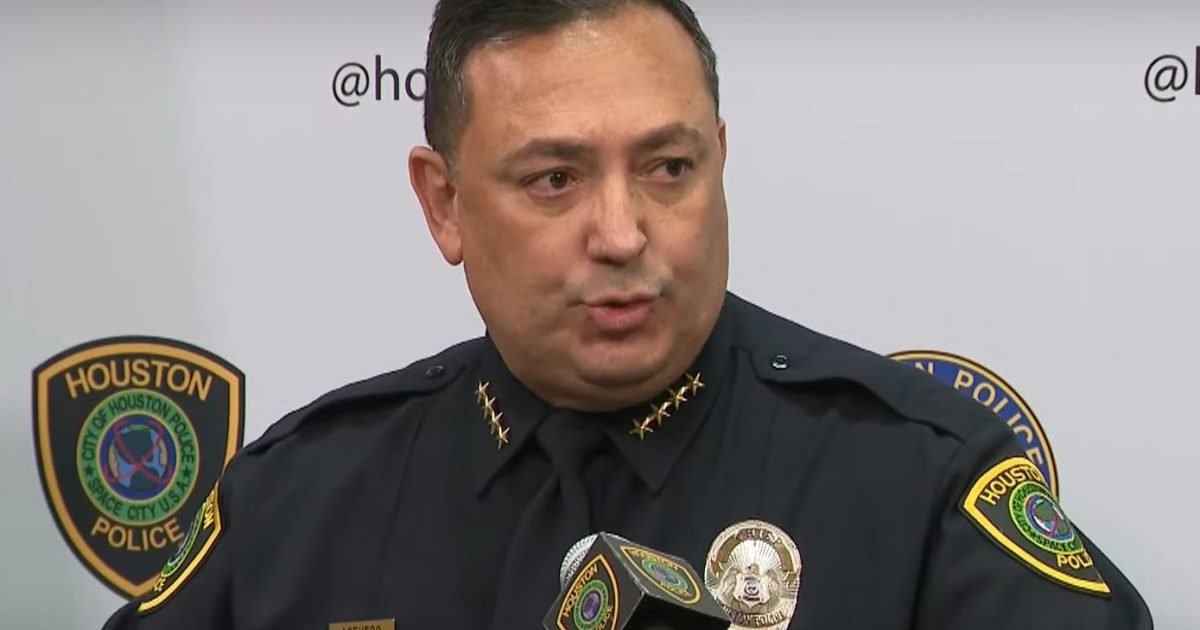 A veteran Houston narcotics officer’s handwritten responses to questions from internal investigators document the unraveling of the story he concocted to obtain the warrant for a no-knock drug raid that killed a middle-aged couple last January. “I screw[ed] up,” Gerald Goines, who was shot in the face during the raid, wrote as he lay in a hospital bed, “because I made a buy without the correct man power there.”

Inadequate manpower was the least of the problems with Goines’ investigation of Dennis Tuttle and Rhogena Nicholas, which the Justice Department says was based on a false tip from a neighbor. Goines, who faces state murder charges and federal civil rights charges as a result of the deadly raid, claimed in his search warrant affidavit that a confidential informant had bought heroin from a middle-aged “white male, whose name is unknown,” at the house on Harding Street where Tuttle and Nicholas lived. After the raid, which found no evidence of drug dealing, Goines could not identify an informant who would confirm that story.

In the handwritten notes, which were obtained by KPRC, the NBC station in Houston, Goines finally fesses up, sort of. “What is the name of your C.I. [confidential informant] that you used for 7815 Harding?” the investigators ask. “Gerald Goines,” he replies. “There was no confidential informant….I made the purchase myself. I was looking to buy from a female. I bought from the male. I had info regarding people at the residence. I’m not sure if the guy I bought from was the male listed in info.”

That “info,” according to a federal indictment unsealed last month, was fabricated by Patricia Garcia, who lived across the street and described Tuttle and Nicholas as armed and dangerous drug dealers in telephone conversations with police on January 8. Although Goines supposedly investigated that tip for two weeks, he does not seem to have known the names of the purported drug dealers and, by his own account, did not know what Tuttle looked like. But that did not really matter, because the heroin purchase he said he made never happened, according to the indictment.

Goines also admitted to investigators that Steven Bryant, the narcotics officer he claimed had confirmed that the “brown powder substance” supposedly purchased at 7815 Harding Street was black-tar heroin, never saw the alleged contraband. “Officer Bryant never observe[d] the narcotic which was purchase[d] from the residence,” Goines wrote. “I placed that statement in the [affidavit].” Bryant, who like Goines retired after the raid, faces state and federal charges for backing up Goines’ fictional narrative.

In his written responses, Goines said he bought “two small baggies” of a “powdery substance” from the unidentified white male on the evening before the raid, and he was sure the man “would still be in possession” when police searched the home. But the only drugs that police found in the house were personal-use quantities of marijuana and cocaine. In his affidavit, Goines also claimed that his informant had seen “a semi-auto hand gun of a 9mm caliber” in the house; no such weapon was recovered.

All of this makes you wonder what Goines’ plan was. Had he not been shot during the raid he engineered, would he have planted the heroin and the gun he had described in his affidavit? Goines’ expectation that his fabrications would go undetected does not reflect well on the alertness and integrity of his colleagues and supervisors. As it turned out, Bryant did cover for Goines, confirming his own role in the transaction that Goines invented.

If the raid had not ended so disastrously, Goines might very well have succeeded in framing Tuttle and Nicholas. He had a history of mishandling evidence and making dubious statements under oath. Over 12 years, The Houston Chronicle found, Goines obtained nearly 100 no-knock warrants like the one used in this case, almost always claiming that informants had seen firearms in the homes he wanted to search. But he reported recovering guns only once, a pattern no one seems to have noticed.

That track record, combined with the loose supervision that allowed this operation to unfold as it did, suggests that imposing limits on no-knock raids and finally requiring narcotics officers to wear body cameras when they execute search warrants—two reforms that Houston Police Chief Art Acevedo instituted in response to this scandal—do not go far enough to root out the problems in the Narcotics Division. “How do you reassure the public something like this isn’t going to happen again?” a reporter asked Acevedo on the day the federal indictment was unsealed. His response was revealing:

Police officers have been engaged in misconduct since the advent of time. Human beings have been sinning since…the days of Adam and Eve, right? I mean, we’re imperfect beings. I can’t guarantee that nothing will ever happen again….What I can guarantee is that, number one, we will continue to be vigilant in our processes and our systems and our audits….We will always ask the tough questions when we take a life. What I can tell you is that the chances of this being systemic are not going to happen because of the processes in the systems that we have in time. But at the end of the day, there is an element of trust when you have employees….No matter what systems or processes are in place, there is no such thing as 100-percent fail-proof process.

Acevedo says “we will continue to be vigilant in our processes and our systems and our audits,” which implies that the Houston Police Department already was vigilant about potential abuses by narcotics officers. Yet the Chronicle found that the Narcotics Division had gone two decades without an audit. It also found that, despite an expert consensus that undercover officers should be frequently rotated to other assignments, 71 officers have served a decade or more in the Narcotics Division. Michael Doyle, a lawyer hired by Nicholas’ family, says supervisors let the raid go forward even though they knew Goines had not properly documented his contact with the informant he described. Goines’ belief that he could get away with inventing a drug purchase by a nonexistent informant does not speak well of the HPD’s “processes.”

Acevedo puts “the chances of this being systemic” at zero, even as he concedes that something like this is bound to happen again. In the face of a scandal that should make all Houstonians worry about the security of their constitutional rights, Acevedo’s observations about the fallen nature of humanity are hardly reassuring.